Completely landlocked by Italy, the tiny nation of San Marino is easy to overlook. When you’re neighbors with Venice, Florence, Bologna, and other famous Italian destinations, it can be difficult to stand out and catch the attention of travelers. San Marino remains the least visited country in Europe, but this humble microstate rewards those that take the time!

While it is pretty small — the third smallest on the continent — it is bursting with fascinating history. A visit also means you get to tick another country off your bucket list. And it’s actually pretty easy to reach! Here’s how.

In this article, we’ll share with you how to get to San Marino from various cities in Italy.

HOW TO GET TO SAN MARINO

1. Board the train to Rimini.

There is no train or railway to San Marino. But it can be reached by bus from the Italian city of Rimini, which is the most usual jumpoff point to San Marino.

Whether you’re coming from Venice, Milan, Florence, Bologna or any other major Italian city, the first thing you need to do is hop onto a train to Rimini Station. 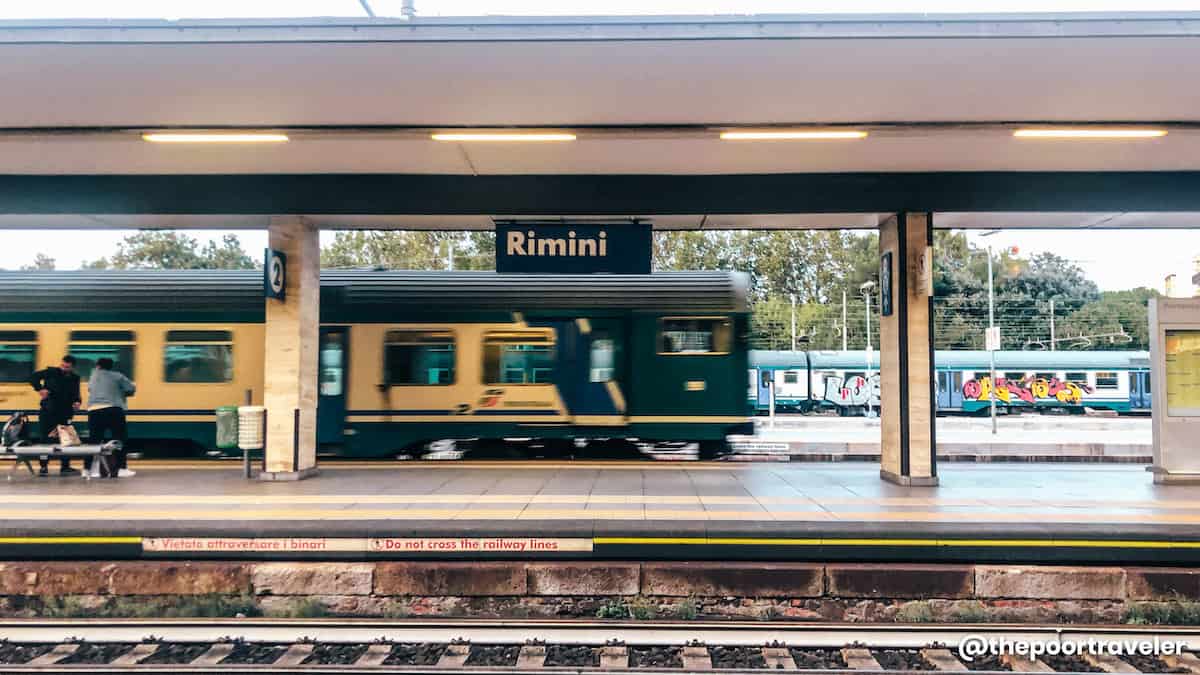 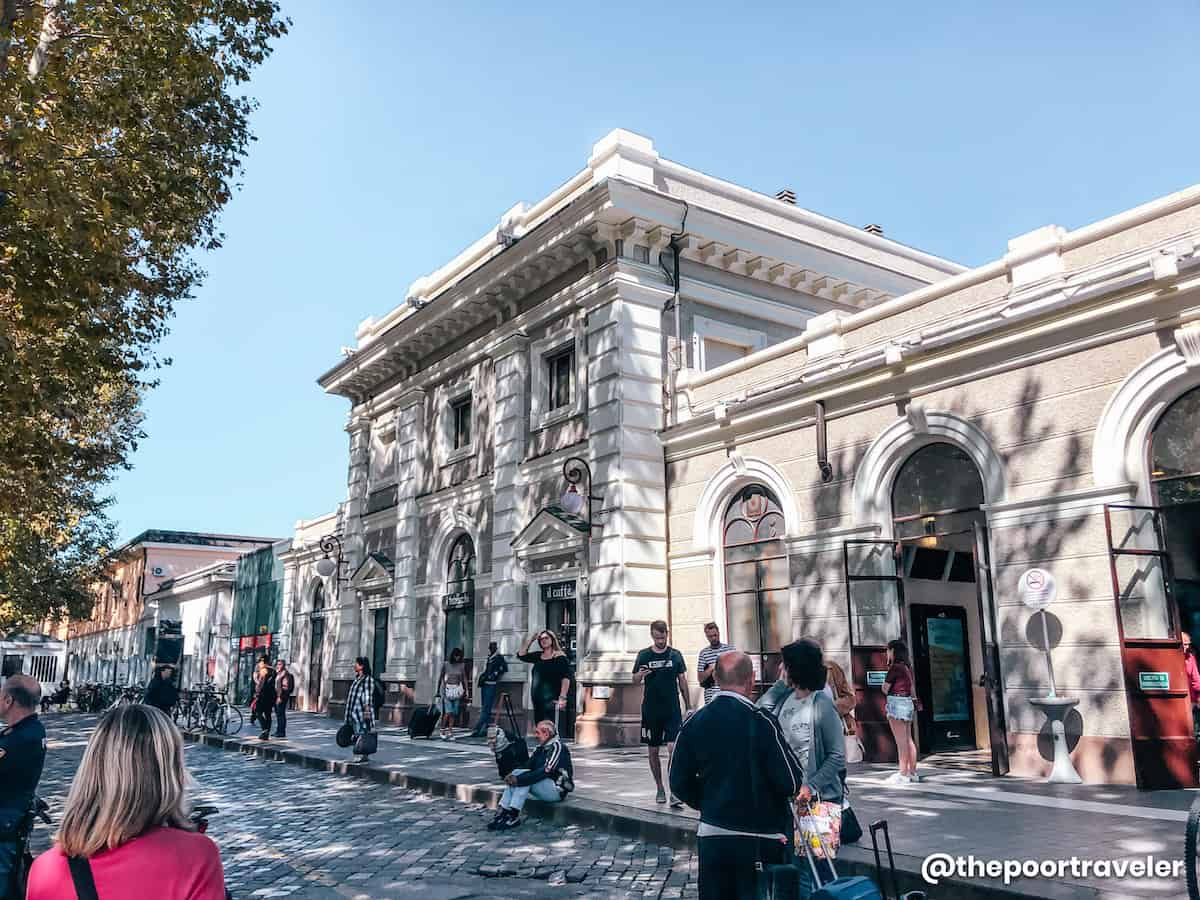 Italy’s railways are ruled mostly by two companies: the privately owned Italo and the state’s Trenitalia. Like airlines, both networks use a system that makes the cost of tickets flexible. Usually, the closer the travel date is, the higher the fare. Hence, if you can book in advance, do so.

If your itinerary isn’t final yet, you can also buy a ticket at the train station on the day of travel, but expect to pay more.

The fare also varies depending on your origin. Here’s the usual Trenitalia ticket price and travel time per route.

If you notice, most routes involve a transfer in Bologna, which is the closest metropolitan city to Rimini. Unless a direct train is available, expect to be making a transfer at Bologna Centrale.

Upon arrival at Rimini Station, one of the first things that you’ll probably notice is the Burger King store across the street. You need to get to that side of the road. 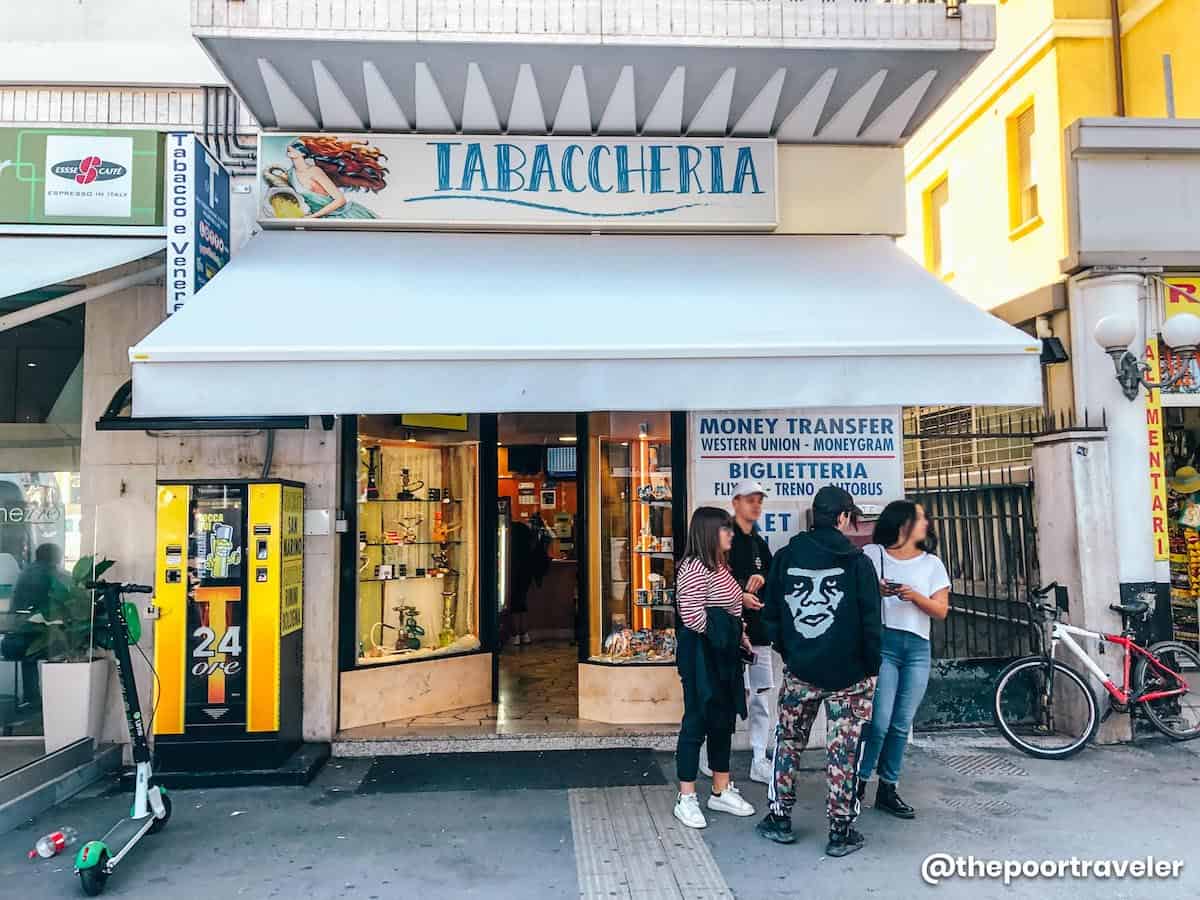 The Rimini-San Marino bus is operated by Bonelli Bus and it makes only six trips per day. Here’s the schedule. 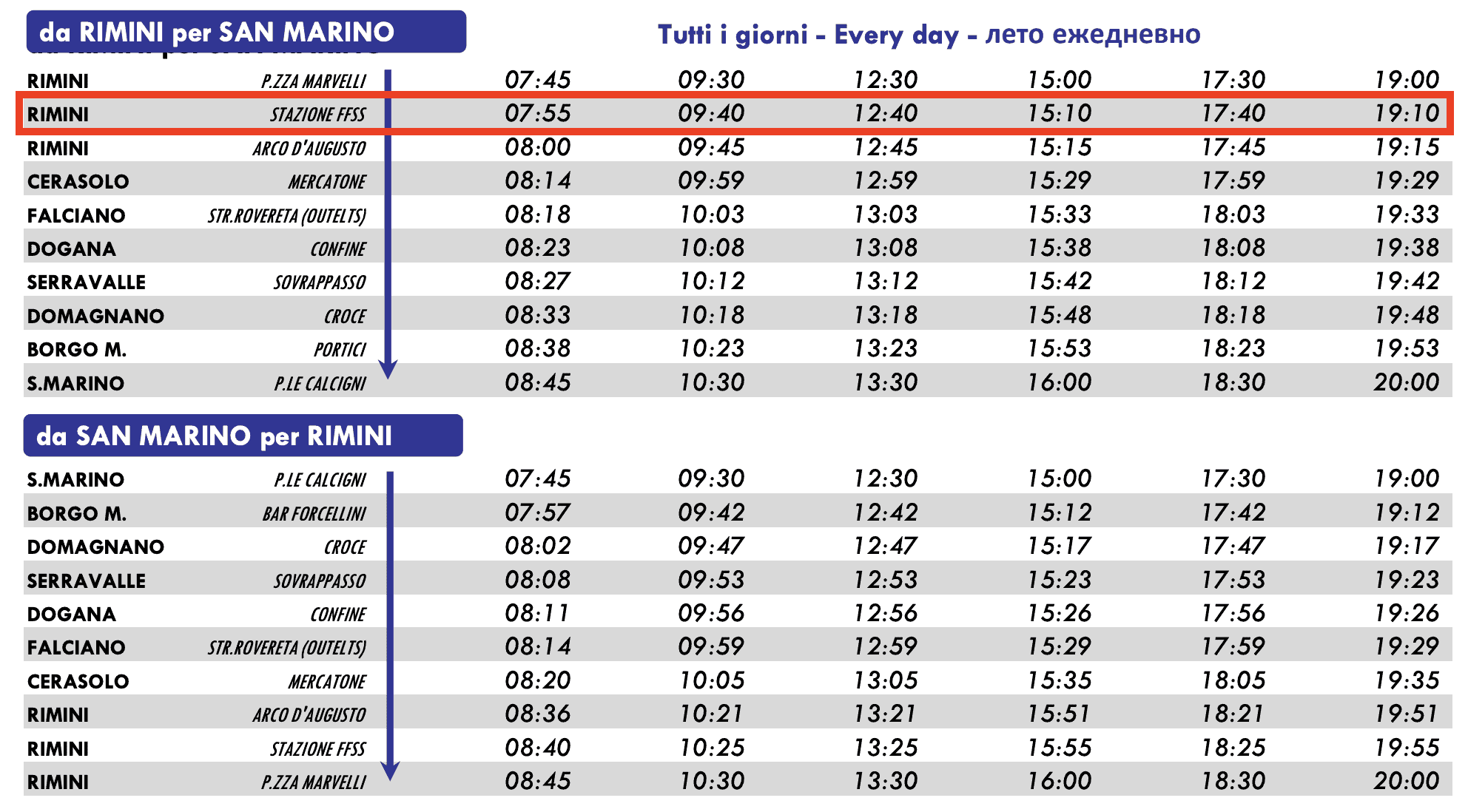 As you can see, the first trip is at 7:55 am and the last trip 7:10 pm. The schedules are also 1.5 to 3 hours apart, so if your timing isn’t right, you may have to wait a while. We chose to grab a meal at Burger King while waiting for our bus. 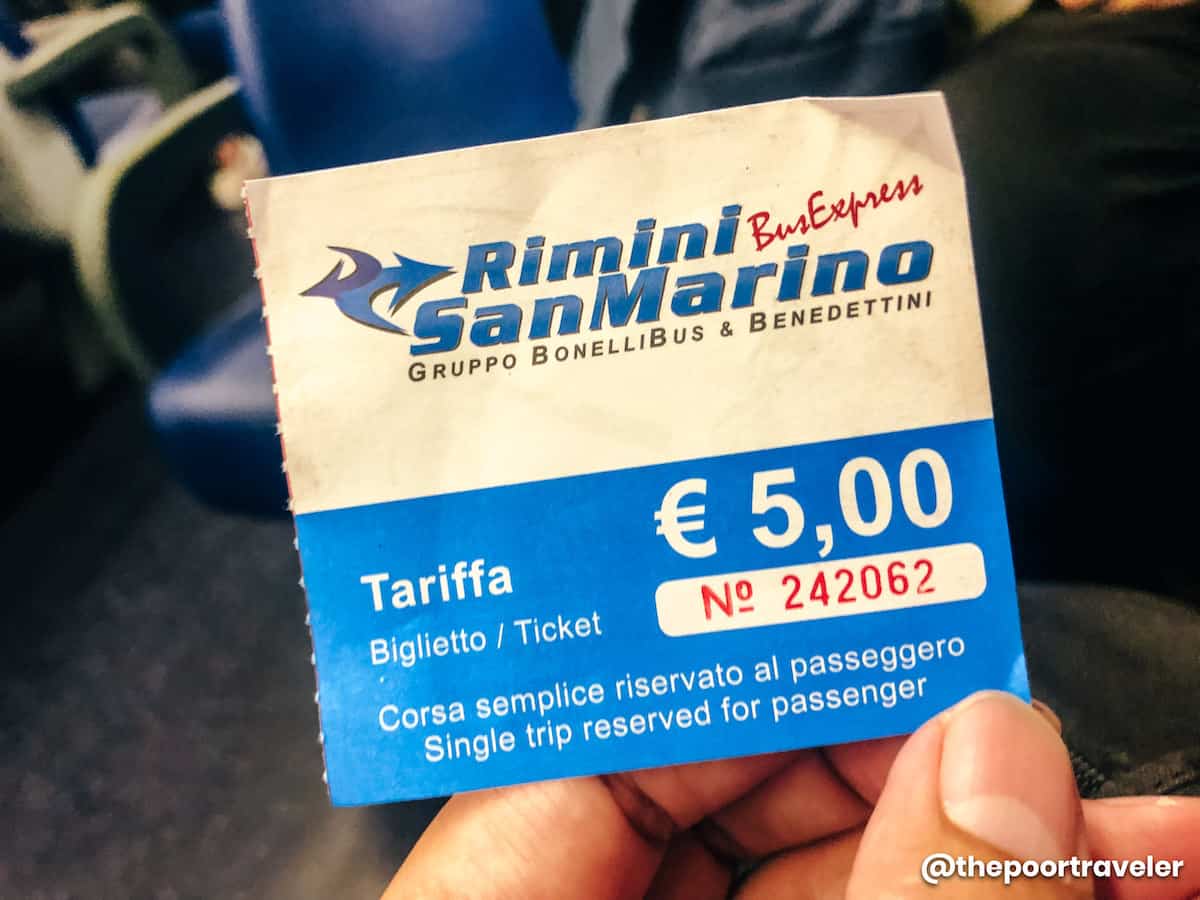 Fare: 5€ one-way. You can also purchase a return ticket on the same shop.
Travel time: 50 minutes

Once you have a ticket, you can proceed to the Rimini Stazione (Rimini FF.SS.) bus stop.

To the right of Burger King, you’ll find a big house. In front of it is a waiting shed. That’s the stop.

UPDATE: According to a reader (see comment below), the stop has since been moved to the area in front of Napoleon Hotel down the same street. Just walk a bit farther.

If there’s no queue yet, it might be a good idea to stand right next to this sign because this is where the line starts. It’s best to be ahead. I’ll explain in the next section. If there’s already a queue, then fall in line.

4. Board the bus to San Marino. 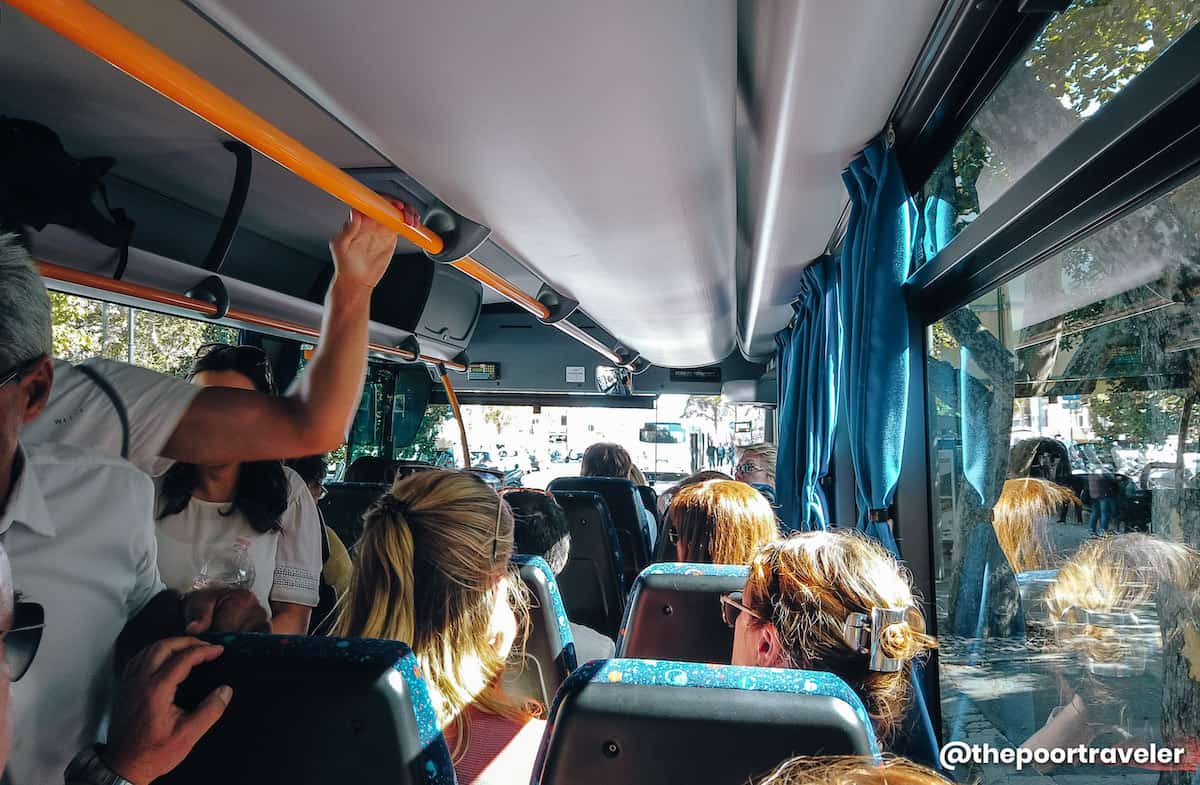 Your ticket does not have a seat assignment, so you would want to board the bus early. On our bus, there were passengers standing on the aisle. You don’t want to end up like them for a full hour.

The ticket is not timed, either. If you’re not able to find a seat or you miss the bus, you can wait for the next one. It’s going to be a long wait though.

5. Alight at the last stop.

Look around you and remember this spot because this is also where you should take the bus back to Rimini.

From here, you can simply walk to the tourist attractions in the area.

That’s it! Welcome to San Marino!

To return to Rimini, simply trace your steps back to Piazzale Calcigni (P.le Calcigne), where you can catch the bus to Rimini Station. You’ll find the schedule below. See highlighted row. 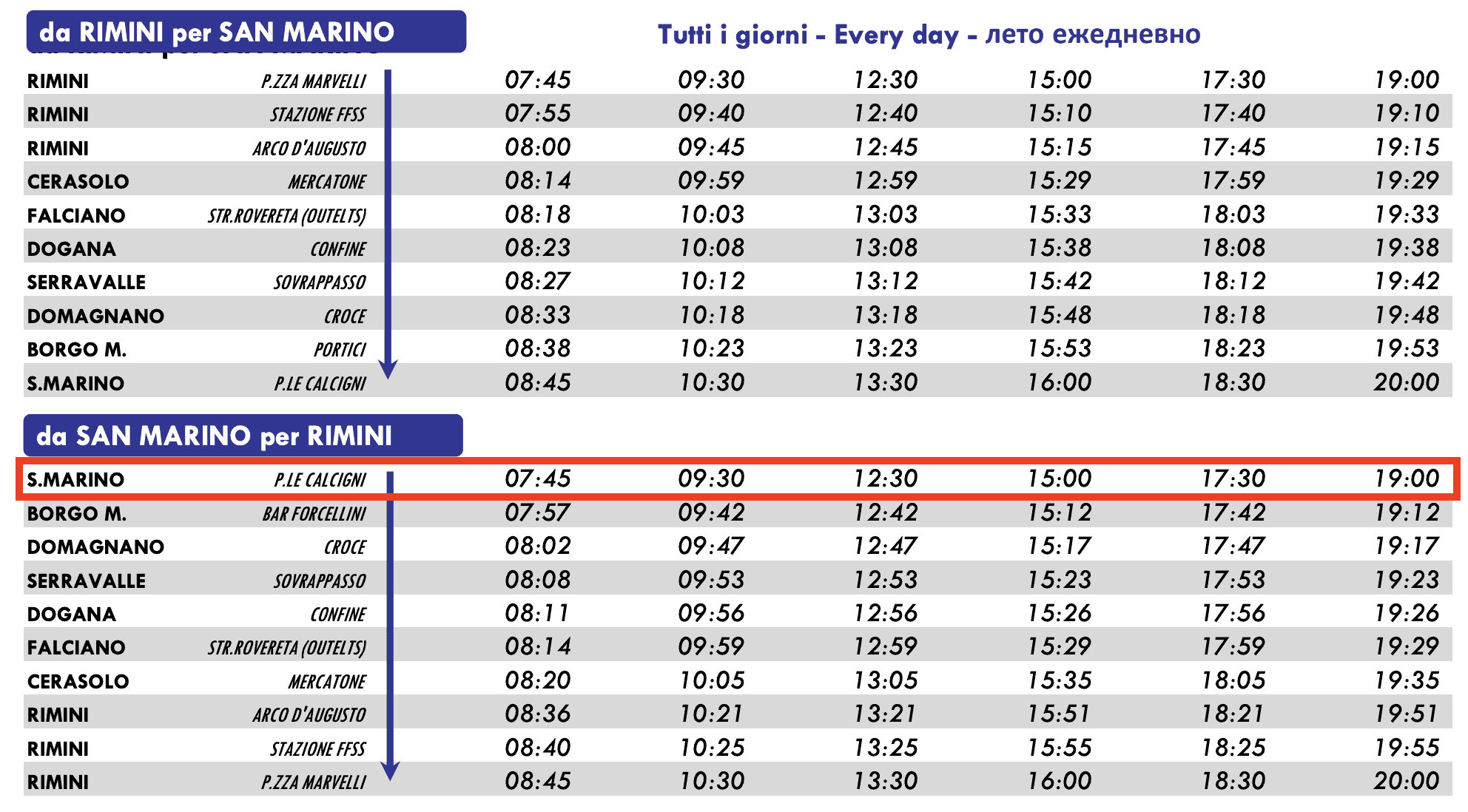 From Rimini Station, board the train back to your origin or next destination. 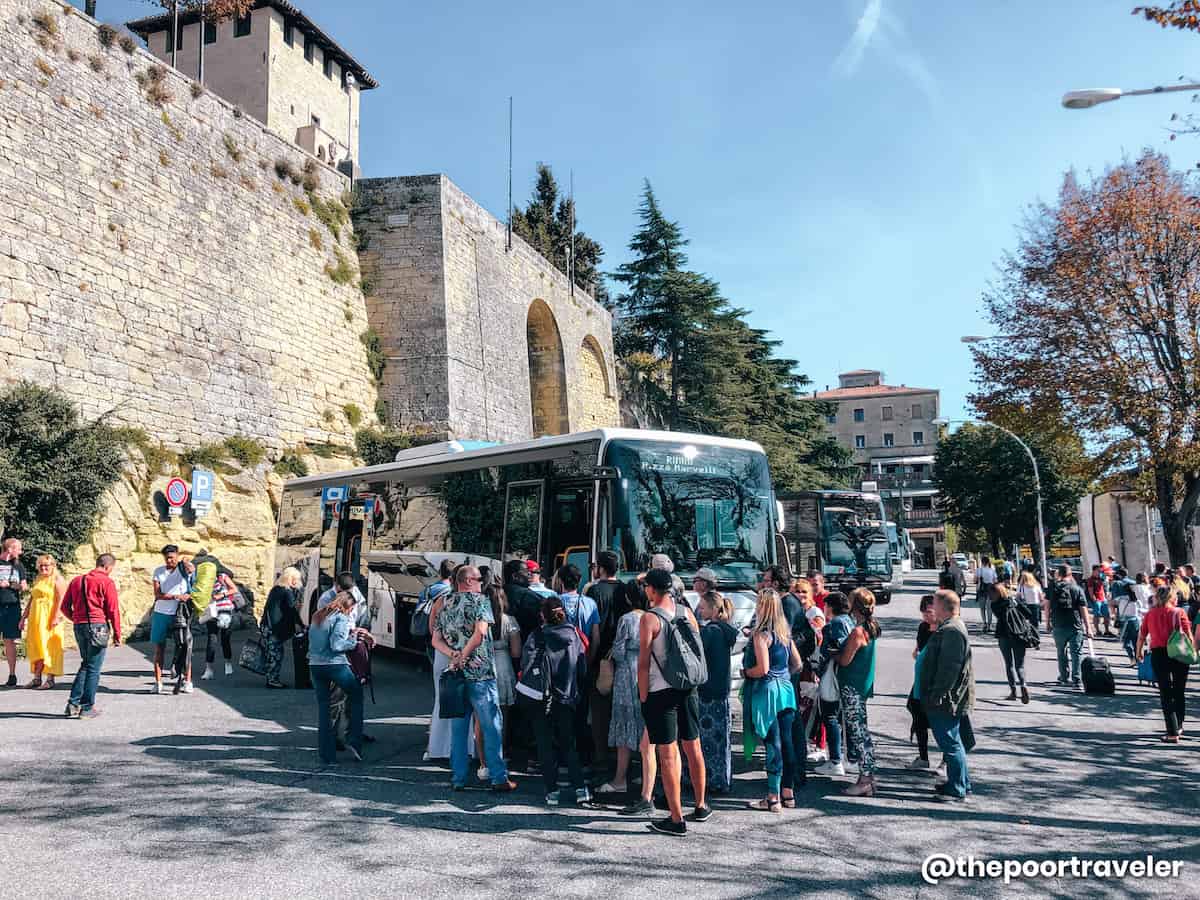 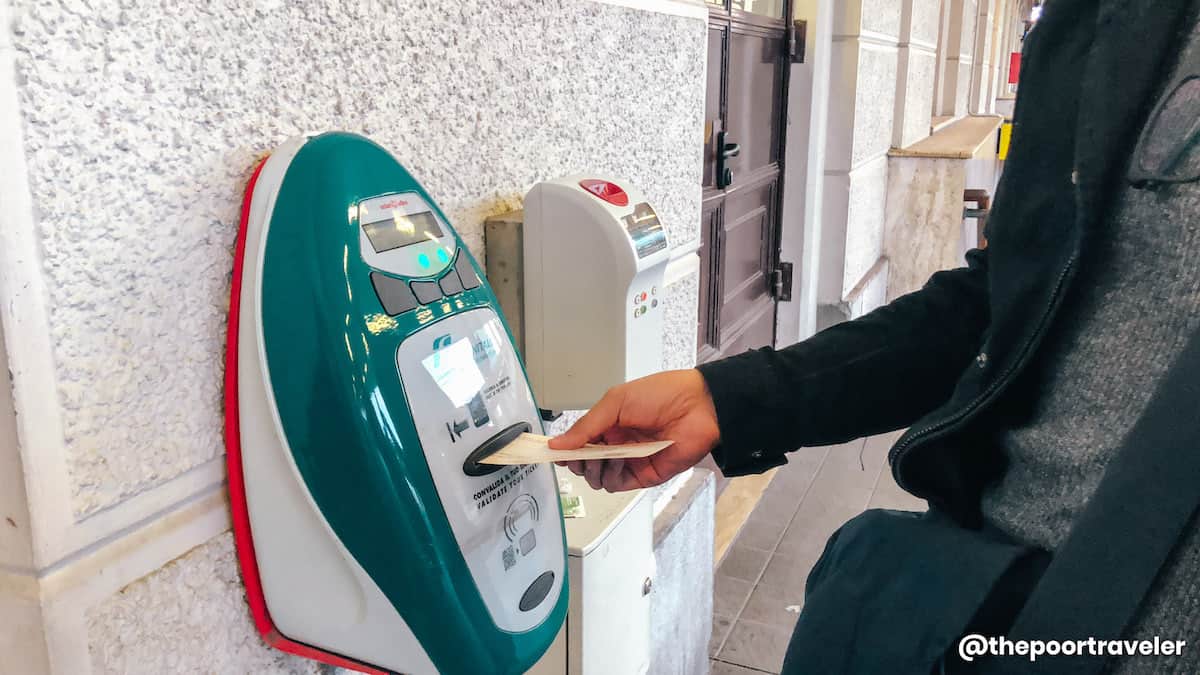 Just a quick update to where the buses leave from. The stop is now in front of the Napoleon Hotel at #22 on the same street. No longer from in front of the big house next to the Burger King.

Thanks for letting us know, David! Will include in the post.