“It’s safe here,” our tricycle driver shared proudly. “You can leave your luggage in the tricycle. No one’s gonna take it.”

That would have been comforting, except he added, “They’re afraid of the needle.”

And just like that, my friend Grace was overtaken by fear. LOL. By reputation, Siquijor is a land of witchcraft and black magic, something that my companion was awfully aware of. But I have traveled long enough to know that a place’s reputation doesn’t always match reality, a view I have explained thoroughly to my friend to blow her doubts away.

But five minutes into this trip, our trike driver filled her mind with images of mysticism. “It’s real,” he said. “I can even take you to a village here so you could meet one.” He was probably referring to the faith healers.

Any other day, I would have said yes as it is something that has always tickled my curiosity, but Grace was quick to steer the conversation away from the topic. “Let’s stick to the beaches!”

Ah beaches. Yes, like many other remote corners of the Philippines, Siquijor too is bursting with something equally magical — natural beauty. This travel guide will allow you to explore beachy side of the province, not much the witchy side. (Sorry if that’s what you’re after. LOL.) And to be honest, that’s probably the only sorcery you’re gonna need.

When the Spaniards first set foot in the island, they were captivated by fireflies swarming around molave trees, hence the nickname “Isla del Fuego” (Island of Fire). As one of the first provinces reached by the clutches of Spain, Siquijor has Roman Catholicism deeply rooted in their history and culture. In fact, most of the island’s manmade attractions are religious structures.

In terms of land area and population, Siquijor is the third smallest province in the country. It’s so small, you can see most of its key tourist spots in one day or two, although we urge you to stay longer. 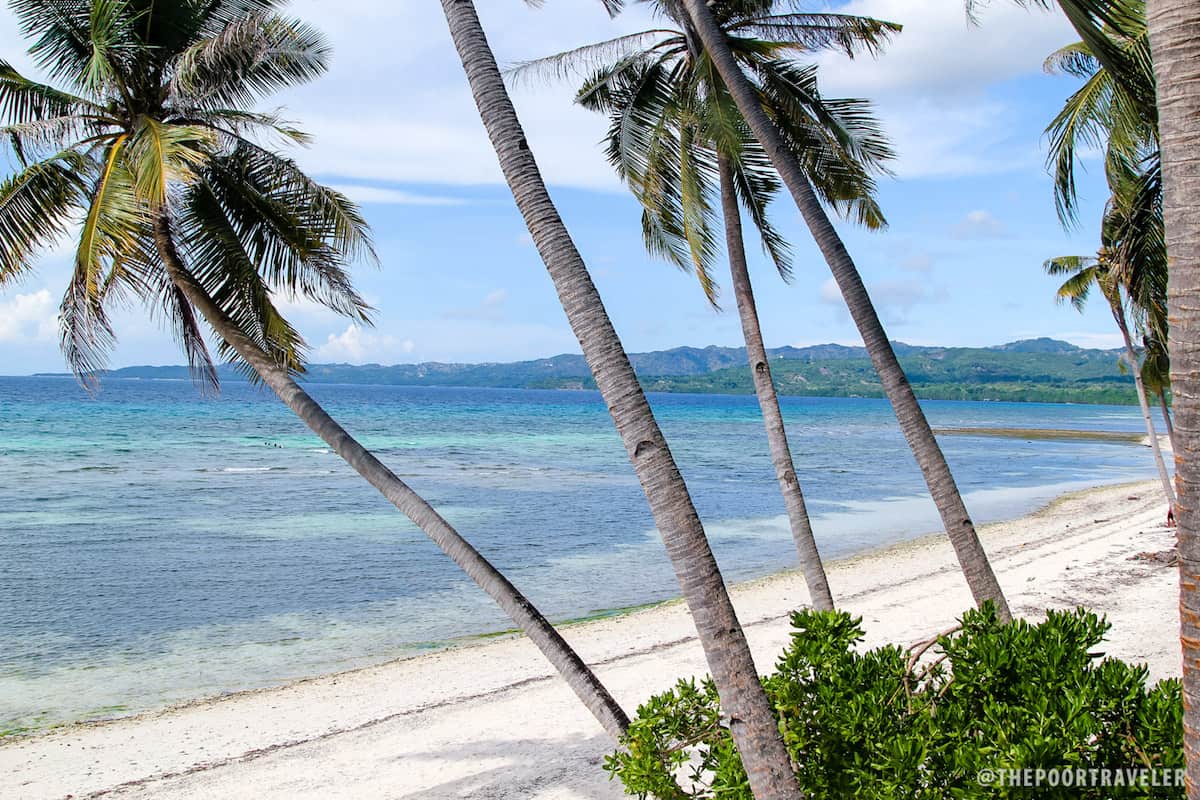 How to Get to Siquijor

Siquijor doesn’t have its own airport, but it is easily accessible from Dumaguete City in Negros Oriental. Access from ferry is also possible but it takes hours. 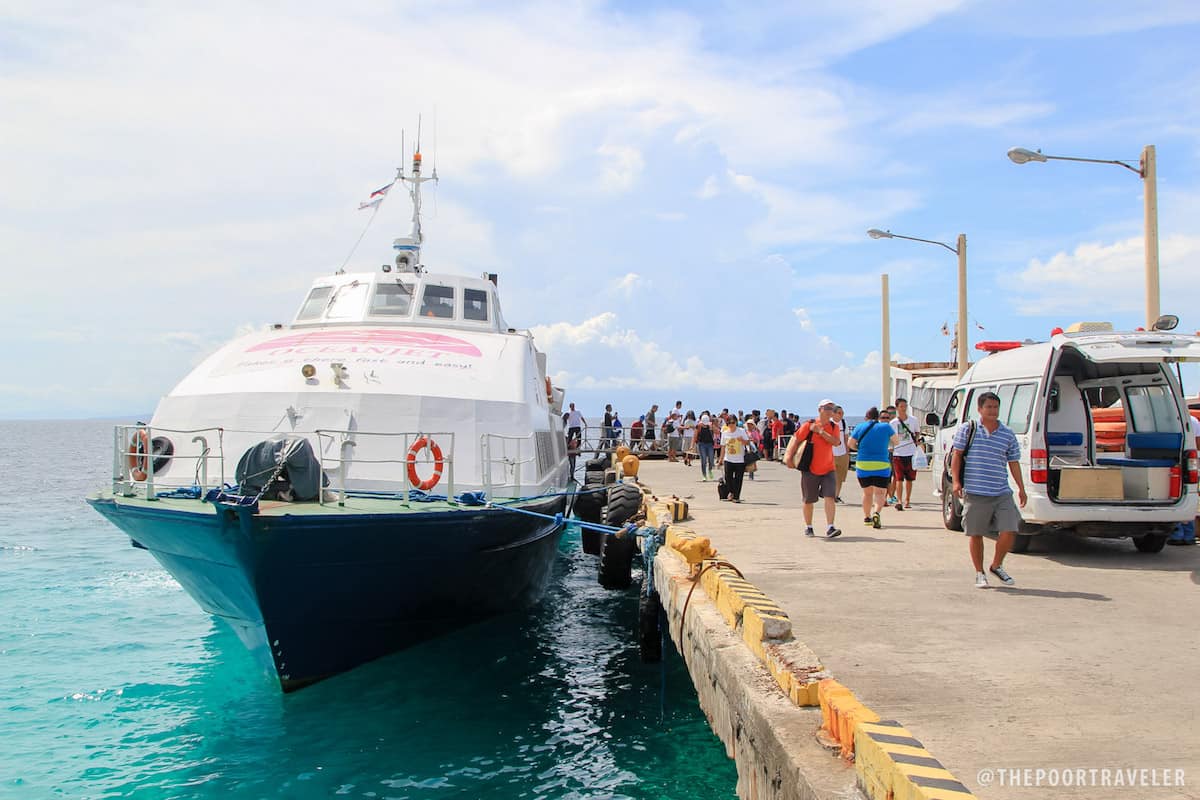 If you’re coming from Manila, you have to fly to Dumaguete or Cebu first. Between the two, Dumaguete is the faster, cheaper, and easier option.

Note: The island has two main sea ports, though: one in Siquijor (the town) and the other in Larena. Choose the one near your resort or hotel.

If you’re in Cebu or you want to visit Siquijor as part of your extended Cebu trip, here’s how to get there.

Where to Stay in Siquijor

If you’re strapped for cash, you’ll find several accommodations for less than P1000 a night, with some going as low as P300, especially at town centers and port area. However, note that many of them are basic fan rooms with barely any amenities.

The best-rated property below P1000 on Agoda is Xylla Guesthouse in Lazi. If you have more funds, staying at a beach-front resort would be ideal. The following are the top options on Agoda, ranked by reviews.

Photos above were provided by the resorts via Agoda.

How to Get Around Siquijor

Upon disembarking at either Siquijor or Larena Port, you will be greeted by tricycle and multi-cab drivers, enticing you to get their services. These are legit. (At least most of them are.) Not only can they take you to your resort, they can also tour you around.

Transportation options are very limited in the island. If you can’t drive a motorcycle, you have two main choices:

According to our trike driver, the following are also available, although we never really saw any rental places.

In our case, we began our tour right away and decided to just drop our luggage at the reception of our resort along the way. This way, we get to maximize our day.

The itinerary isn’t fixed. Although your guide/driver will have their recommendations, you also get to choose where you want to go. For example, Kagusuan Beach isn’t part of the usual tricycle route but our driver agreed to take us there at no extra cost.

If you enjoyed your first day tour, hire your guide-driver for your second day so he could pick you up at the resort.

Places to Visit in Siquijor

There are two main tours in Siquijor: Coastal Tour and Mountain Tour. The Coastal Tour will show you around the island, making stops at beaches and churches among others. The Mountain Tour will take you deeper inland to Cantabon Cave and Bandilaan Park.

To maximize your time, choose your stops well. Siquijor has a lot of wonderful spots to offer, but to be honest, there are some that can be a bit underwhelming. For example, the Old Balete Tree and Capilay Spring Park can feel like tourist traps at first glance and they pale in comparison to Aurora’s greater balete tree and Camiguin’s hot springs respectively. But here’s the thing: they are legit attractions among locals, who were the original patrons. Context. But feel free to skip them if you feel like you’re not into them. This way, you can have more time for other sites.

Salagdoong Beach. Perhaps the most popular beach on the island. Great for cliff-jumping. Parking Fee: P40. 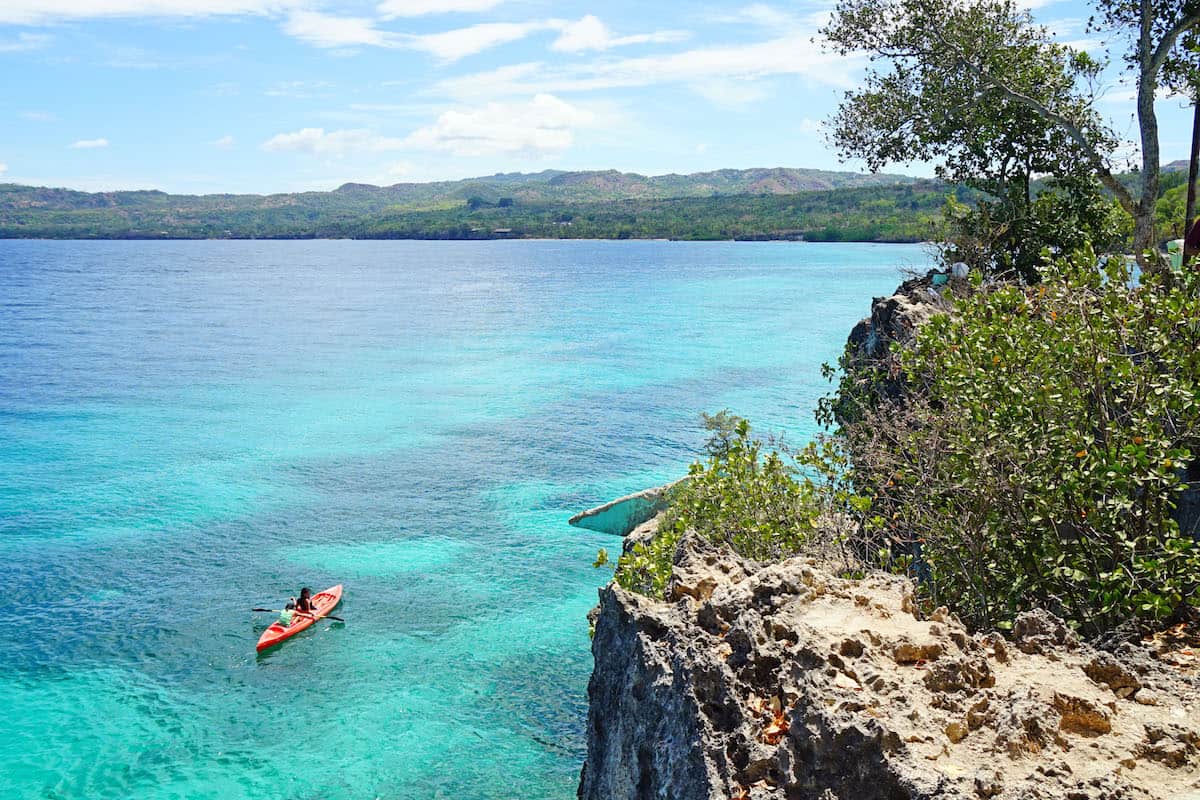 Kagusuan Beach. A short stretch of sand concealed in between rocks. 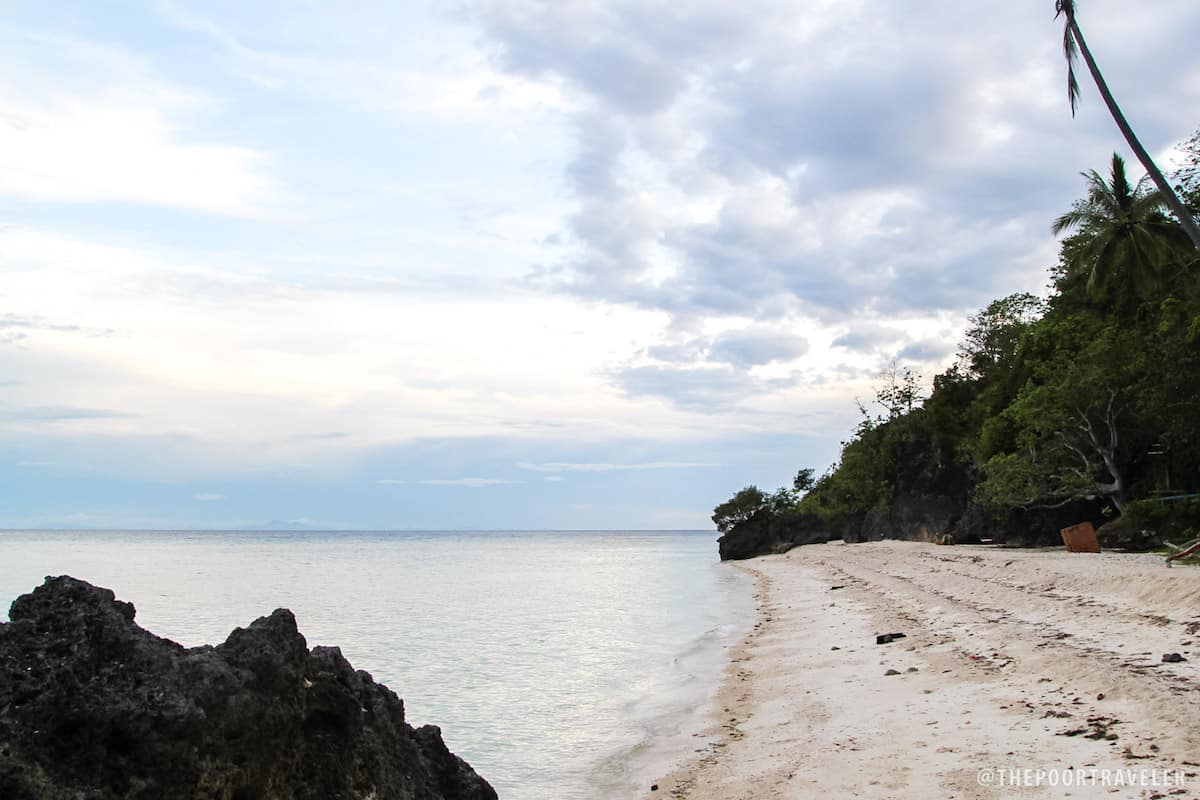 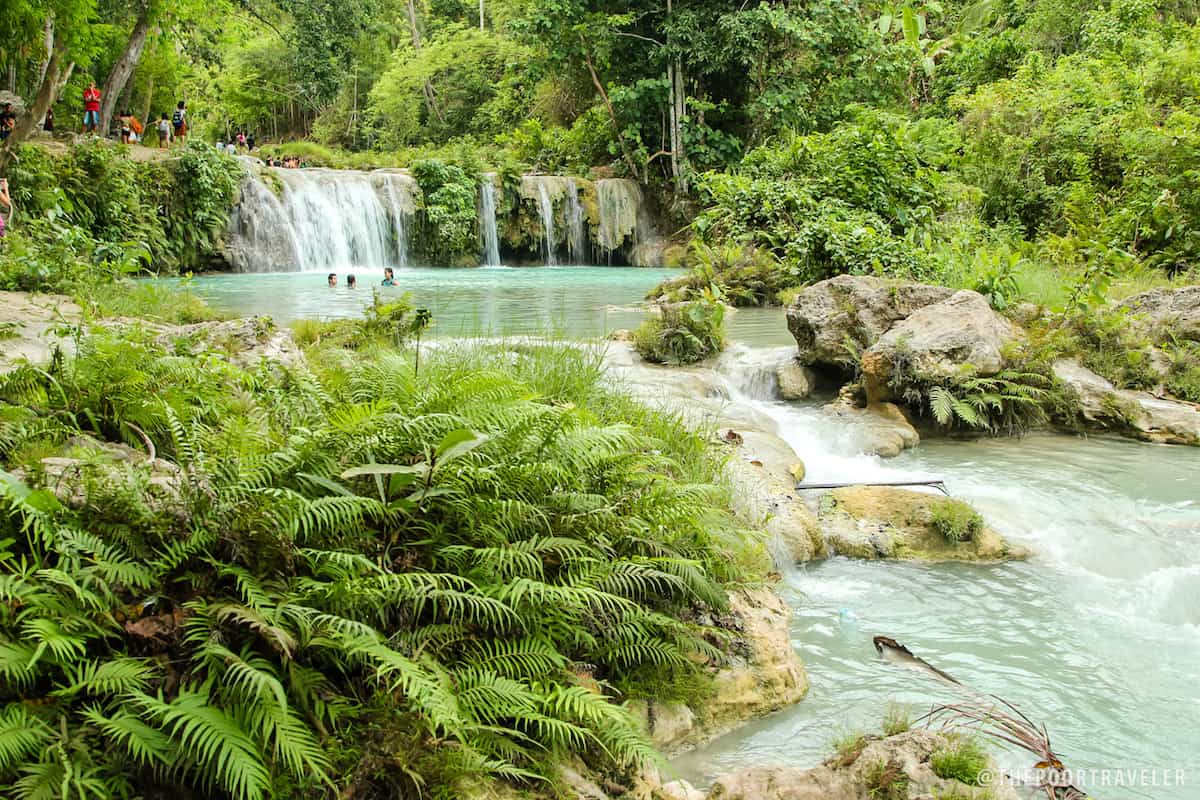 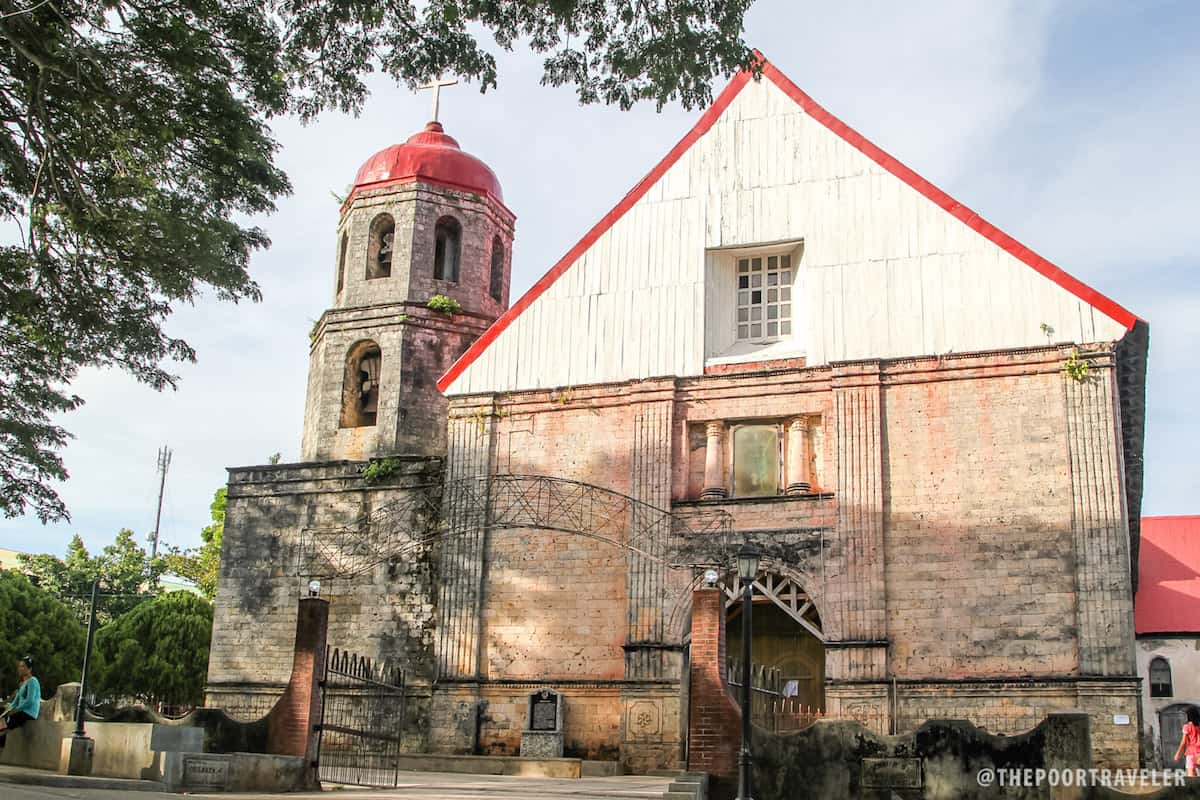 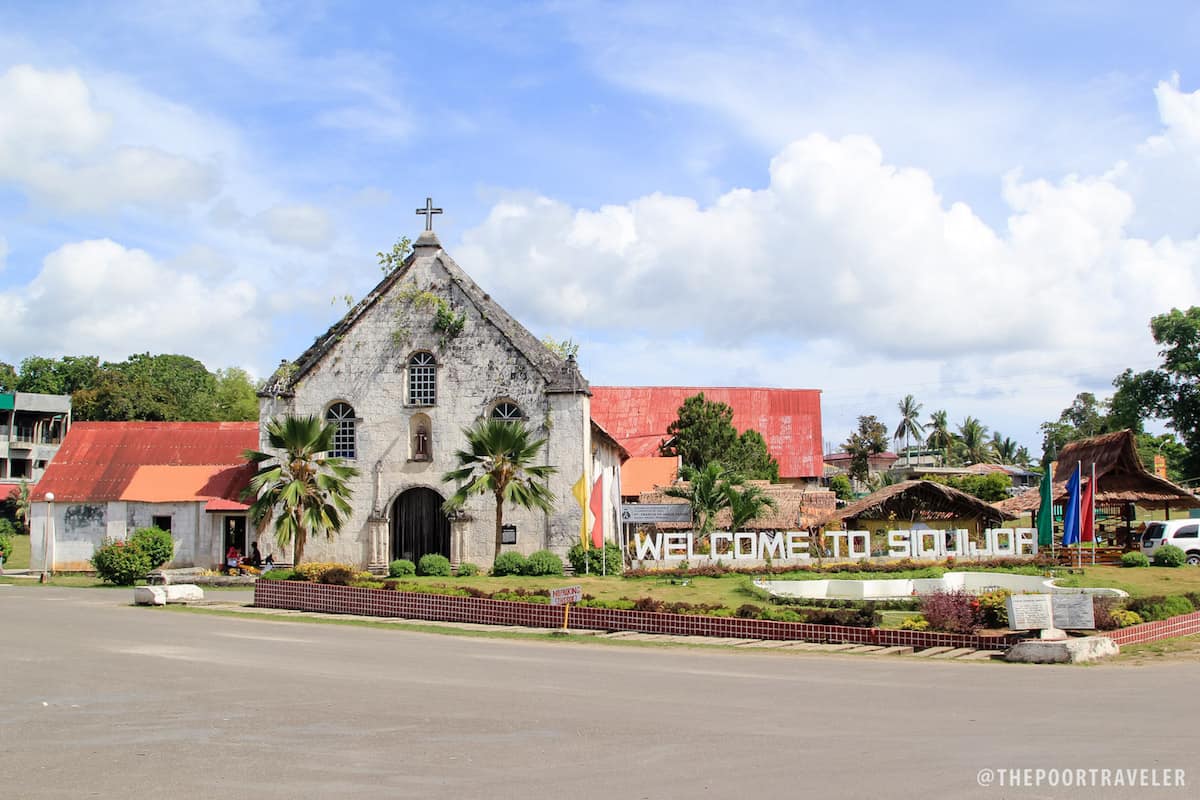 Cantabon Cave. Great for spelunking newbies. It’s not that challenging, but there are curious rock formations and refreshing pools inside. This was the highlight of our stay in Siquijor! Tour Fee: P500 for 3 pax, including guide fee and rental of helmet and flash lights. 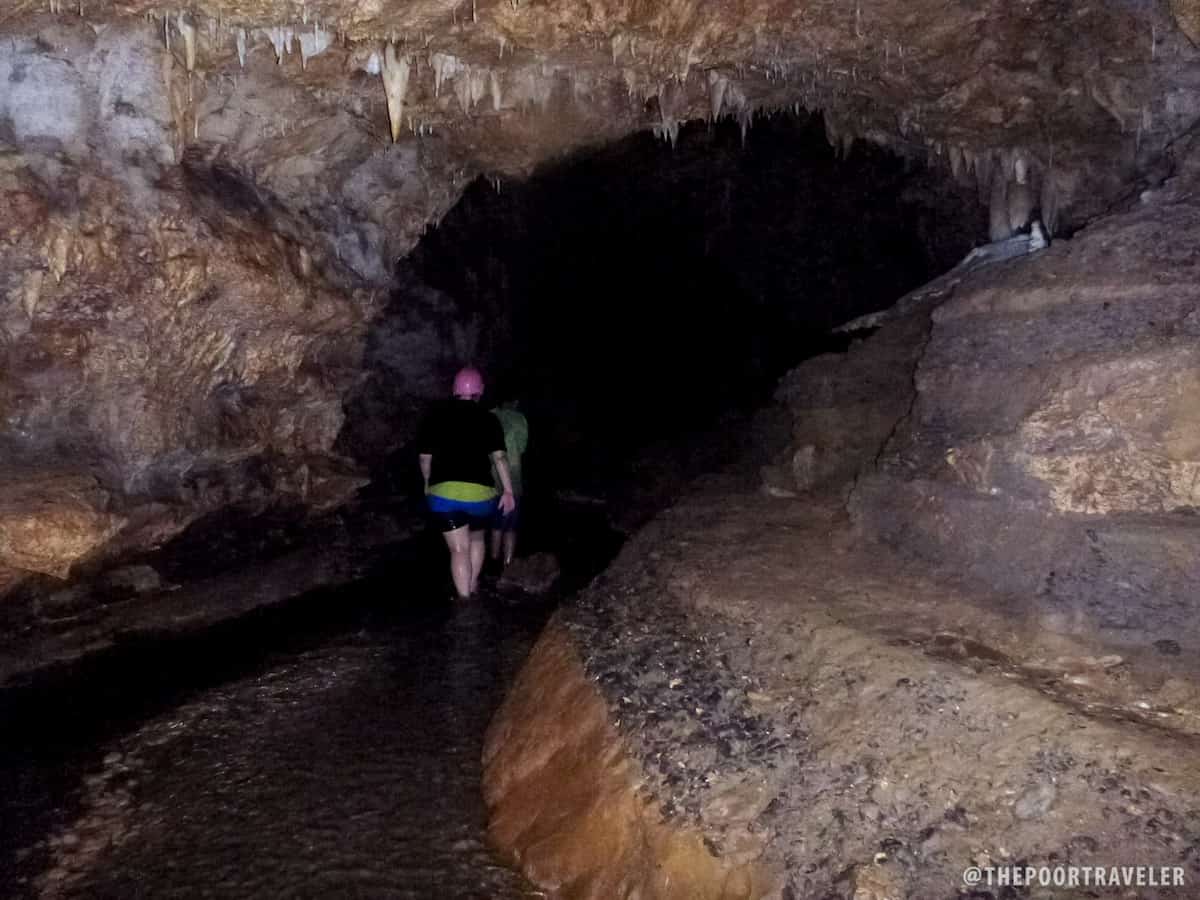 Mt. Bandilaan Park. Perched atop a hill, offering a walking trail and a view of the province and nearby islands. 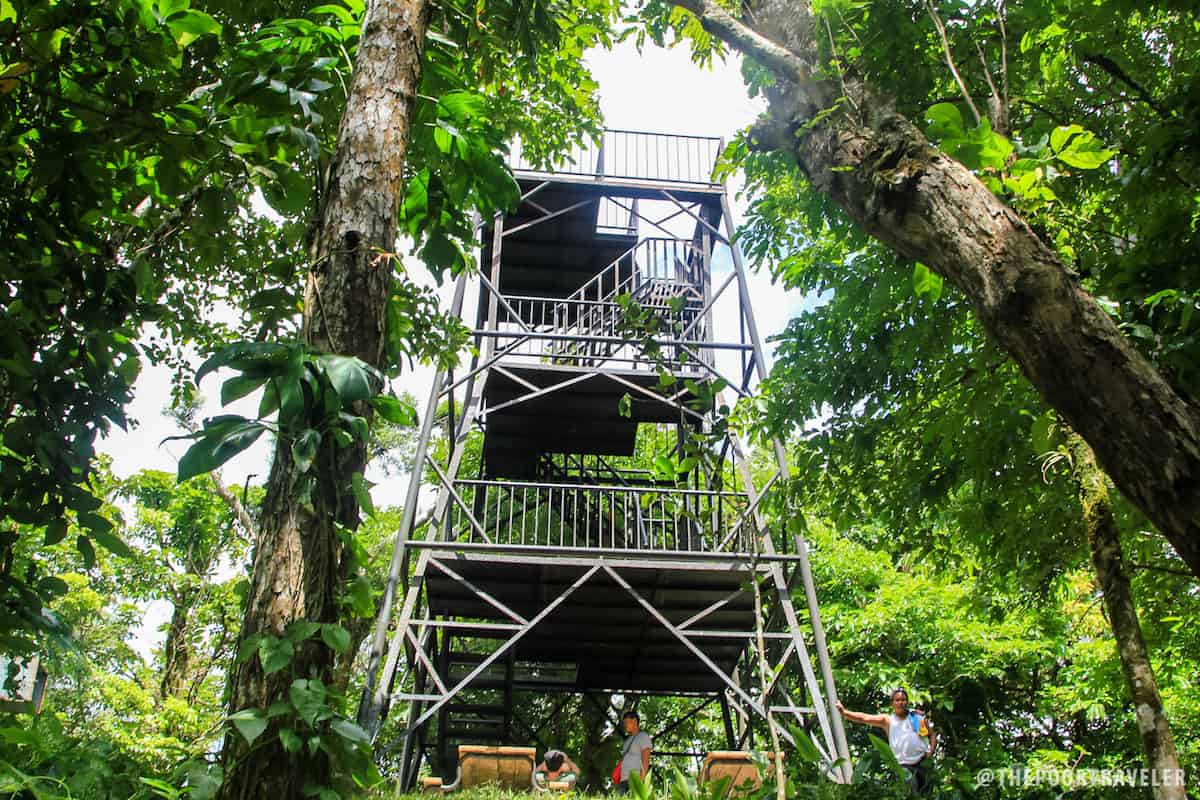 Below is a sample overnight itinerary with cost breakdown for a group of two. You may pattern your own itinerary after this. Just adjust it according to your needs.

You can book a tricycle or multi-cab tour of the island as soon as you arrive in the island. If your resort is along the way, you may ask the driver to make a quick stop there to check in and leave your bags at the reception before continuing your tour.

If you spend only P1000 on accommodations and you’re a party of two (P500 each), the above itinerary will set you back P2900 including parking fees, excluding airfare and airport transfers.

That’s if you’re a pair. If you’re a group of 3, the cost will go down to only P2500 because the tricycle can carry up to 3 pax and the Cantabon Cave tour can accommodate 3 pax per guide.

Note that we also allotted P150-P200 per meal. That’s more than enough if you decide to eat at cheap eateries around town centers. (That’s what we did.)

Most travelers visit Siquijor as part of a bigger Negros Oriental-Siquijor journey, which also includes Dumaguete City, Apo Island, and sometimes Manjuyod Sandbar. We’ll be providing a sample itinerary for that soon so be sure to check back.