Fancy a trip to PHUKET, THAILAND? Below is our latest DIY PHUKET TRAVEL GUIDE BLOG with all the tips and information that we know about this island destination including tour and hotel recommendations, top tourist spots, things to do, and a sample PHUKET ITINERARY for your reference.

It was almost midnight when I emerged from the airport terminal. There were no more buses, only cabs that had been aggressively calling for passengers. But I couldn’t afford a ride alone. I approached some of my fellow Pinoy travelers from my flight, but they just looked at me as though I was going to scam them. Hahaha. That’s totally understandable. Back home, we’re told and taught not to trust strangers at the airport. Too bad, I desperately needed companions to split taxi fares with.

Phuket was the first stop on my fourth backpacking trip across Southeast Asia, second in Thailand. This time, I’d be visiting cities that I skipped the first time. I wasn’t going to be alone for the whole trip. Two friends would be joining me in Bangkok until Vietnam. I chose to start in Phuket to be alone even just for one stop.

Finally, I spotted two other solo travelers just standing by the taxi line. And just like that, I gained new fleeting friends. This is why I missed solo backpacking so much!

Is Phuket an ideal destination for solo backpacking? Yes and no, depending on why you’re doing it. If you’re traveling alone so you could meet other like-minded souls, then yes, it could be a great place for you. If you’re embarking on a solitary journey to chase some peace and quiet, hmmm, not quite.

An island off the coast of Southern Thailand, Phuket is the richest province in the country and one of the most visited destinations in the Southeast Asian region. It’s a favorite weekend getaway for domestic tourists, a common stop for cruise ships, and a bridge for Bangkok-bound backpackers from Malaysia and Singapore.

Here are more facts about Phuket.

WHERE TO STAY IN PHUKET

It doesn’t look like it on the map, but Phuket is a big island. Getting from one key attraction to another can take over an hour, so it’s important that you pick the right place to stay. For tourists, there are four major areas with plenty of lodging options:

The area where you should stay depends on your interests. Below are the top-rated properties on Agoda. 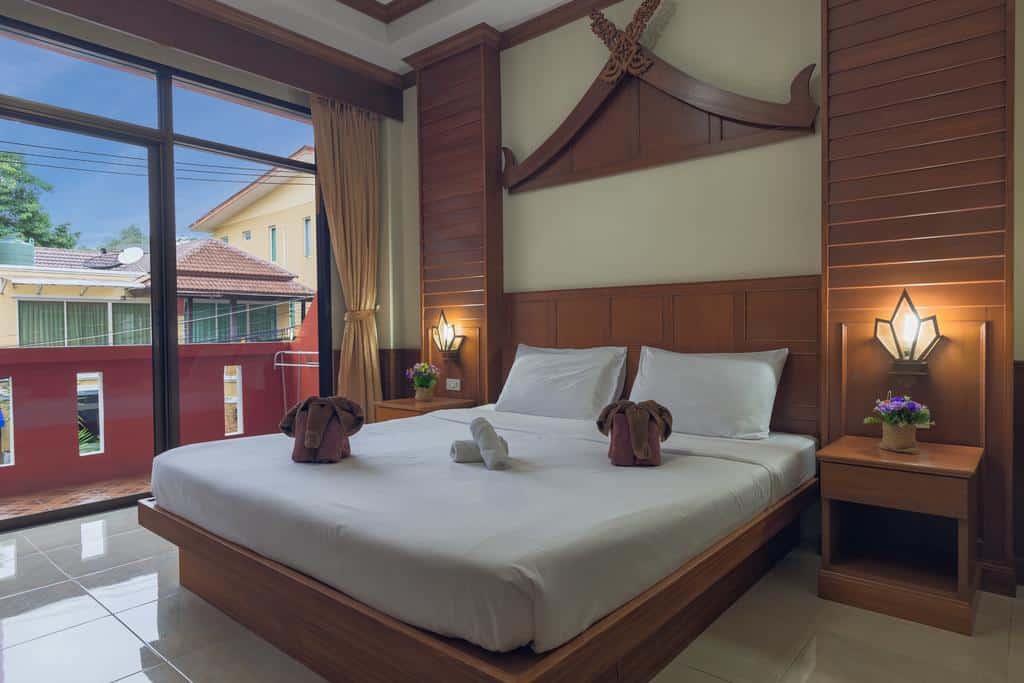 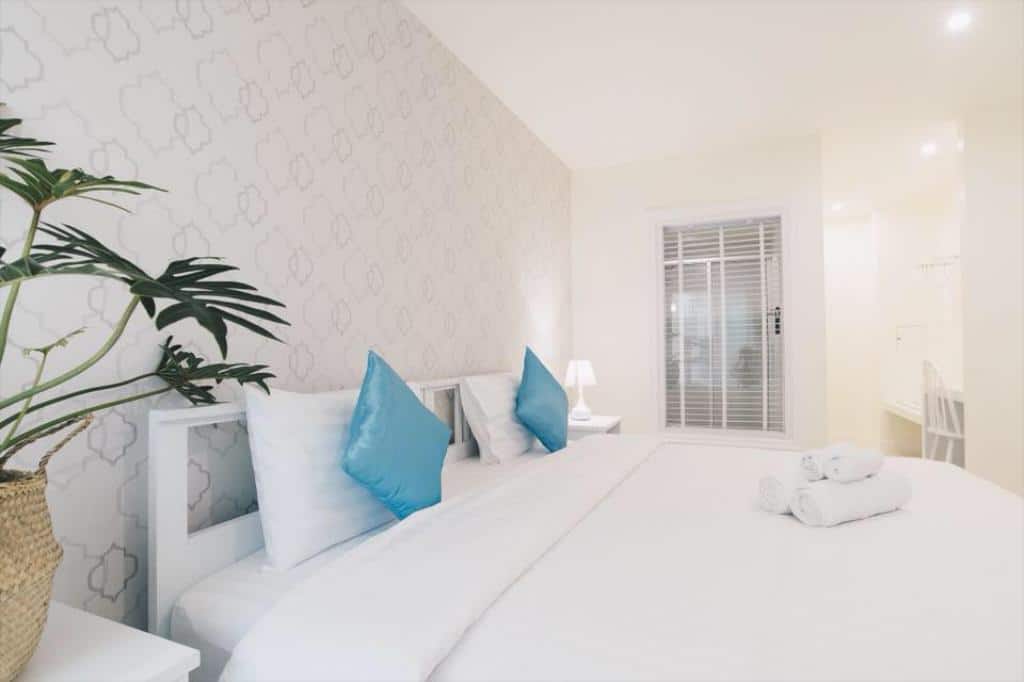 HOW TO GET TO PHUKET

Although relatively small, Phuket International Airport (IATA: HKT) is Thailand’s second biggest hub and second busiest airport. Most flights operating here come from or go to Bangkok and other destinations within ASEAN like Kuala Lumpur and Singapore. However, during high season, some airlines mount flights from Australia or Europe.

There are three ways to reach Phuket from Bangkok: by plane, by bus, or by train.

Whether you want to travel by train or by bus, you can book via 12Go below. 12Go is bus- and train-booking service specializing in Southeast Asian destinations.

The cheapest flights from Manila to Phuket are operated by JetStar (which entails an 11- to 16-hour stopover in Singapore) and AirAsia (9-hour stopover in Kuala Lumpur). Fares can go as low as P4500, one way, excluding meals and baggage allowance.

A combo Cebu Pacific-Scoot flight is also an option, but it involves a one-day layover in Singapore too. Fares are usually between P5800 (promo) and P9000 (year-round), excluding baggage allowance and meals.

Phuket Town (aka เมืองภูเก็ต Mueang Phuket or Phuket City) is a popular base for travelers. You can reach it by bus, minibus, or taxi.

If you’re in a hotel or resort in Patong, Karon or Kata Beach, here’s how you can get there from the airport.

THINGS TO DO IN PHUKET

Because Phuket is an archipelago, most of the activities that you can enjoy in Phuket are beach related: island hopping, snorkeling, diving, and watersports. Phuket is also a great jump off point for islands that belong to Krabi, a nearby province, which is also a burgeoning tourist destination. For example, Phi Phi Island (Ko Phi Phi Le) is actually within Krabi, but is easily accessible from Phuket.

Here are some things you can do in and around Phuket.

The Phi Phi Islands are some of the most famous beach destinations in Thailand. The archipelago is actually within the territory of nearby Krabi Province, but it can be conveniently reached from Phuket. Karst cliffs rise from clear, turquoise waters, as though ushering visitors in. If you’ve been to El Nido, it’s very much like it. The largest island in the group is Ko Phi Phi Don, while the second largest is Ko Phi Phi Le.

In Ko Phi Phi Le, the most popular attraction is Maya Bay, well-known as the filming location of the Leonardo DiCaprio-starring Holywood blockbuster “The Beach”. It has recently been closed to tourists, but I’m not sure whether or not it has been reopened since.

To get to Ko Phi Phi on your own, the most usual option is to take a ferry. First, you need to make your way to Rassada Pier in Phuket Town. From here, board the ferry to Ko Phi Phi Don. Travel time: 2 hours. One-way fare is ฿500.

If you want to make the most of your time, you can join a group tour instead. This way, you also get to visit multiple islands without worrying about transportation. Klook’s speedboat tour also include meals. You can also opt to include roundtrip transfers so you can get picked up and dropped off at your hotel.

Here are the usual stops:

Phang Nga Bay separates Phuket from Krabi. It’s specked with big and small islands, many of which are fringed by limestone cliffs and mangrove forests. Hundreds of tour options are available in Phuket alone, highlighting many magnificent natural and cultural attractions. Tour stops often vary from operator to operator, so make sure you check the inclusions before booking. But here are the usual activities included:

You can join a BIG BOAT TOUR or a LONG TAIL BOAT TOUR. The big boat is best for those who suffer from sea sickness. You’ll be joining a big group here. On the other hand, the long tail boat is a small traditional boat, which is more intimate.

At first glance, Phuket Town appears to be just your ordinary Thai town, but it’s rich in heritage. You can easily explore it on your own, but it’s better to have a guide who can explain the history of its every street, corner and building.

A usual group tour will take you to the following:

Some tours also include a meal at a restaurant.

Klook has two half-day tours with a meal: one in the morning, which ends with a lunch; and the other in the afternoon that culminates in a dinner. You can book below.

It’s something that I love doing when I’m in Thailand. I adore Thai food and every chance I get to learn (while making friends) is something I tremendously enjoy. Most tours usually begin with a visit to the market to gather ingredients. Much of the time will then be spent cooking and preparing various Thai dishes. The class ends with filling your face with what you cooked! Rates already include the prices of the ingredients.

Most classes take half a day. But some companies offer full day classes, at a higher price of course.

You can get into a full traditional Thai costume for a more memorable walk around Phuket. They will dress you up in your chosen set and style your hair. You can take photos on your own or hire a photographer. 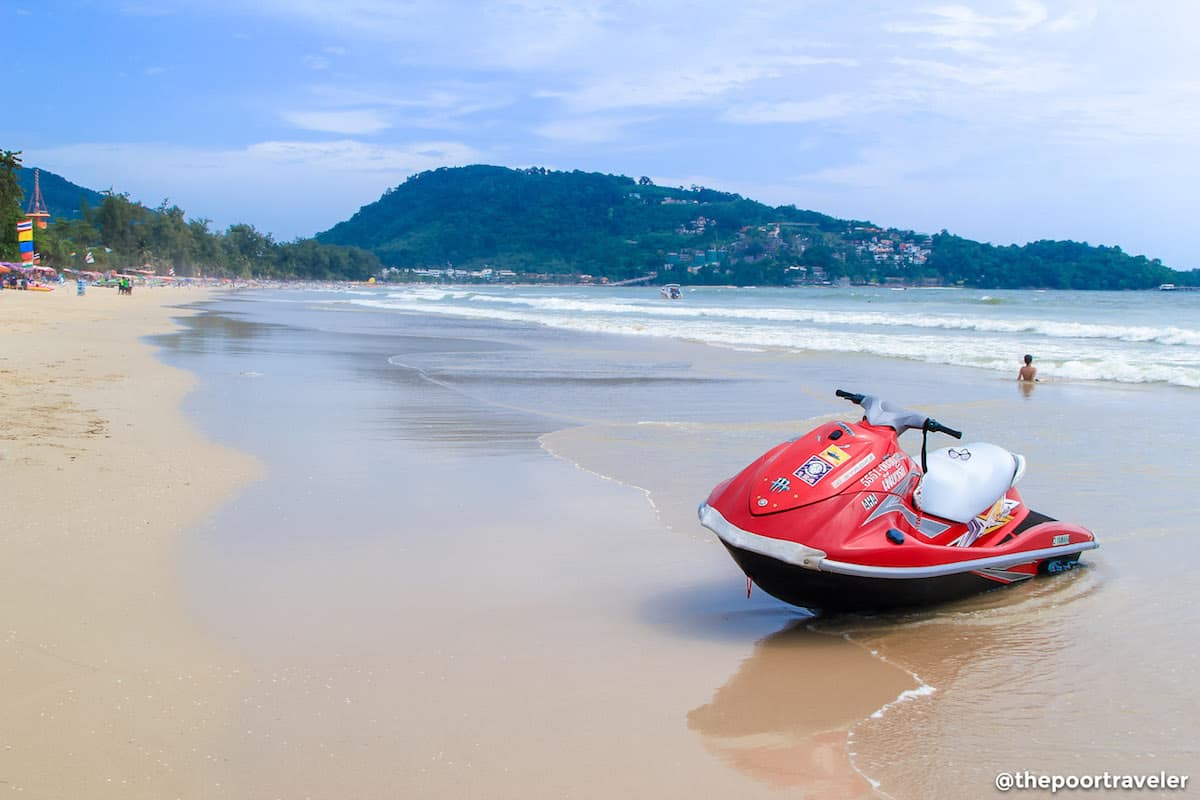 Patong is Phuket’s flagship beach. It is what Kuta Beach is to Bali, and White Beach to Boracay. It is the most popular, most developed, and not surprisingly, most crowded beach in the island. Aside from swimming, sun bathing, and just walking along the shore, you can enjoy other activities like:

A vibrant nightlife also takes over the island, especially Patong Beach. Clubs and bars flank its streets. A visit can leave you culture shocked, if you know what I mean.

The Khai Islands are composed of three islands: Khai Nai, Khai Nui, and Khai Nok. All three are laced with stunning white beaches and crystal clear, turquoise waters. Snorkeling is also a popular activity here. Located just 10km from the main island of Phuket, it can be reached after 20-30 minutes by speedboat. 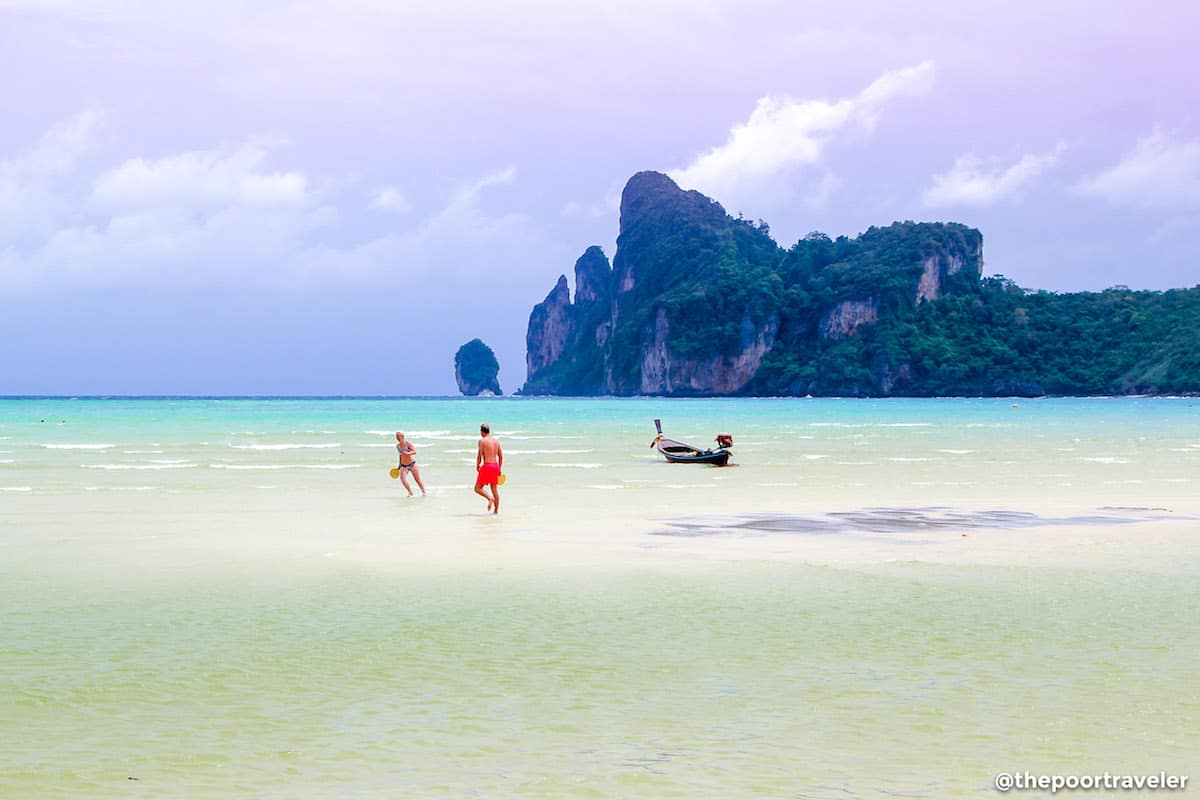 Here’s a sample weekend itinerary. In reality, I stayed much longer than a weekend. But if I only had 3 days and 2 nights, here’s how I would have done it.

Note that it assumes you’re staying in Patong and booking your tours via Klook. Feel free to make the necessary adjustments to match your preferences.

You can spend much less if you decide to replace the Phang Nga Bay Tour with a DIY Phuket Heritage Tour on Day 2.

Of course, it also depends heavily on your spending habits. It’s always best practice to pad this budget and give it wiggle room so you won’t be strapped for cash just in case something comes up or you decide to try something not on the itinerary. 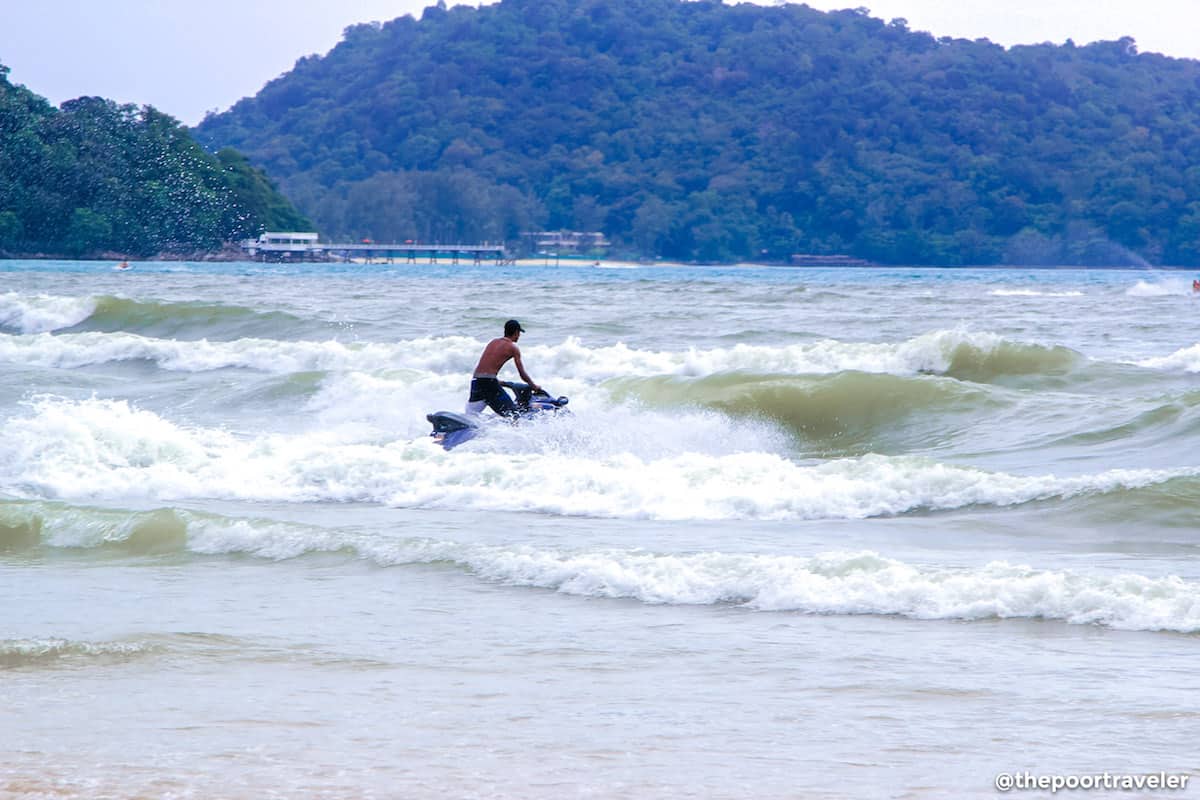 It is, but beware of scams. Plenty of scams plague Phuket, they probably merit a separate, dedicated blog post. But here are some of the most rampant.

In cases of emergency, call the Tourist Police phone number: 1155.

What is the tipping custom in Phuket?

Tipping is not mandatory in Phuket but it is surely appreciated. When eating at restaurants, just round off your bill. For example, if your bill is ฿135, you can leave ฿150 and tell the staff to keep the change. Same with cabs. If the meter is ฿105, round it off to ฿110 or ฿120. At hotels, you can give ฿20 to the porter who carries your luggage to your room.

When is the best time to visit Phuket?

December to April. These months are the driest. Not surprisingly, they also make up the biggest chunk of the island’s high season. January to February is the coolest period, perfect for sightseeing, but it’s also the most crowded. 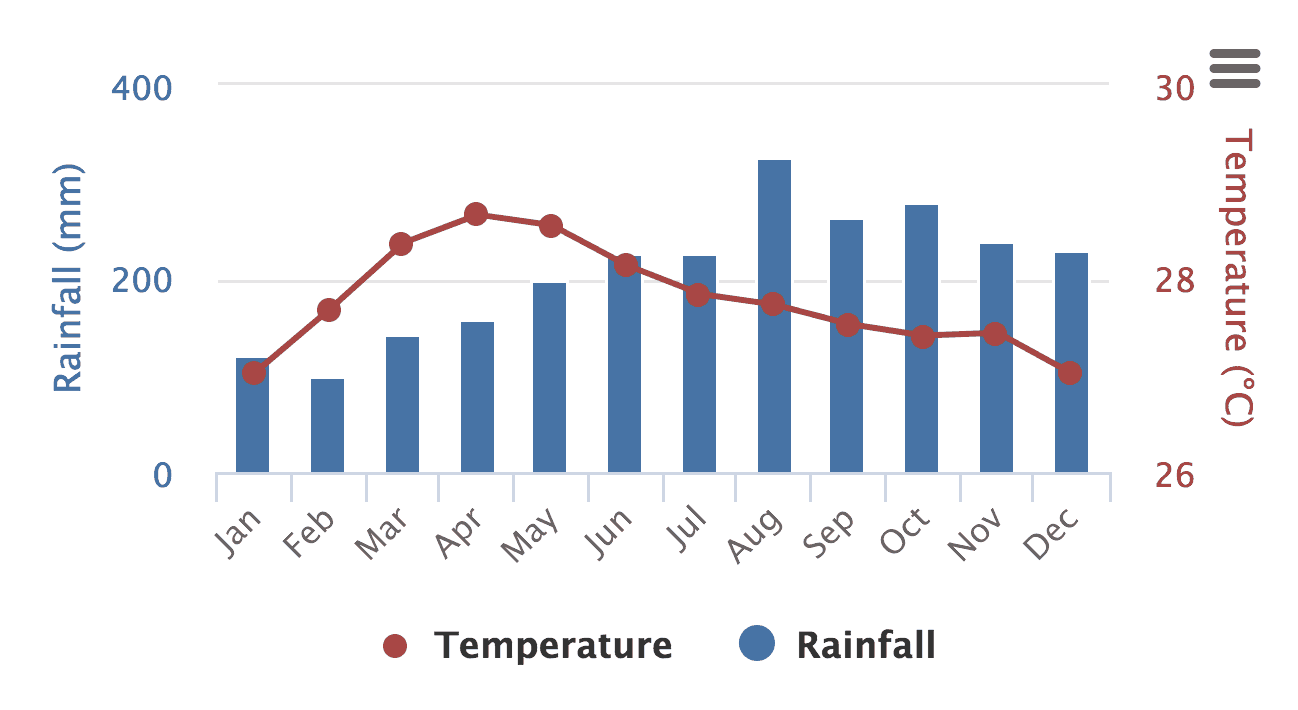 Temperatures begin to rise and the monsoon kicks in mid-May, lasting until October. August-October is the period that catches the most rainfall, so if you can avoid it, do so. November is when the high season begins again.

Clearly explained the different things that are required to be known by any visitor who is going to want to visit Phuket especially the tip regarding staying away from scams in this place is really a useful one.
I like the way you have given simplicity in your content convenient for readers to understand and even book the tickets if wanted.

Planning a short trip soon, this is really helpful. Salamat

Enjoy! Have a great time in Phuket!