President Rodrigo Duterte extended the suspension of classes in ALL LEVELS in METRO MANILA until April 12, 2020 due to the novel coronavirus disease (COVID-19) threat. This is one of the many key points announced when he addressed the public on March 12. 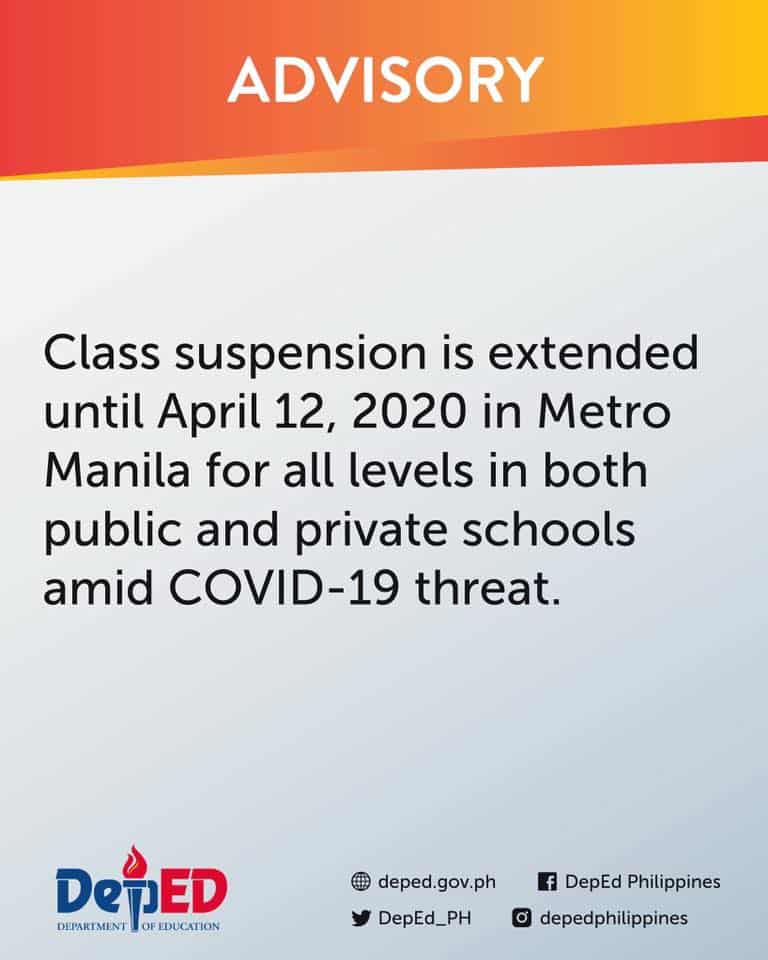 Local government units outside of the National Capital Region are advised to exercise sound discretion in suspending classes in their respective localities, without prejudice to a determination by the national government to suspend classes if the situation so warrants.

Earlier this month, some LGUs have already announced suspension of classes for ALL LEVELS, both public and private, for specific periods this month including:

If your province or city has announced class suspensions but isn’t included in the list above, let us know in the comments section below so we could add.