Crossing land borders terrifies me. I don’t know why. In my early years of travel, I jumped from one country to another by plane. But when you’re backpacking across continental Southeast Asia, it often can’t be helped because it is the easiest, cheapest way, especially for the Bangkok-Siem Reap route.

I’ve already crossed the Thailand-Cambodia border overland three times now. I still remember how nervous I was on my first time doing it. The whole time, I didn’t know where to go, what to do, how to go about the whole thing. The dozens of touts swarming around me on the way into and out of the Immigration building were not helping. I’ve read about the scams that run rampant in the area, and the thought of falling victim to one scared the hell out of me.

If you’re traveling from Bangkok to Siem Reap and you’re a bit nervous, I know the feeling. Hence, I’m sharing with you this step-by-step guide. You have these options: by DIRECT bus, by ordinary bus, or by train.

You have two bus options. You can travel by bus to Aranyaprathet, the town on the border, then switch to another bus once you’re through with the immigration processes. But you can book a DIRECT bus.

DIRECT BUSES are those that would take you from Bangkok to Siem Reap without switching vehicles in 9 hours. Although you will still need to get off and go through the Immigration counters on your own, you don’t need to bring your luggage with you. You can leave your bags on the bus, go through Immigration, and the same bus will meet you on the other side.

If you have questions or need help, do not hesitate to ask the driver. They’re trained to assist you.

IMPORTANT! You’ll find AN AWFUL LOT of advertisements for direct buses, but most of them are NOT really direct. They still switch buses after the border. I even experienced booking a supposedly direct bus but then at the border, we transferred to a much smaller minibus (van). Some of these scammers will squeeze money out of you. There have been reports from other travelers where the bus would make a stop at a travel agency and insist on buying visa from them. The catch: these are overpriced inauthentic visas. (If you’re an ASEAN resident, you don’t need a visa!)

If you want a genuinely hassle-free DIRECT bus, book only with the following companies:

You can buy tickets at the terminal itself, but there are limited buses per day so you might want to reserve online.

If the price and schedule of direct buses don’t work for you, you can always take a regular bus to the border town of Aranyaprathet, cross the border, and then take another bus or taxi to Siem Reap.

Warning: Go early because it becomes exponentially difficult to get to Siem Reap when you reach the border at night. The last thing you want is to be trapped in the border. The towns on either side of the border are unpleasant, and there’s really not much to do. There’s nothing there but hotels and casinos.

That’s it! Although it involves a few transfers, it’s actually very easy in practice. A bit tiring, yes, but not that hard to do.

Bangkok to Siem Reap by Train 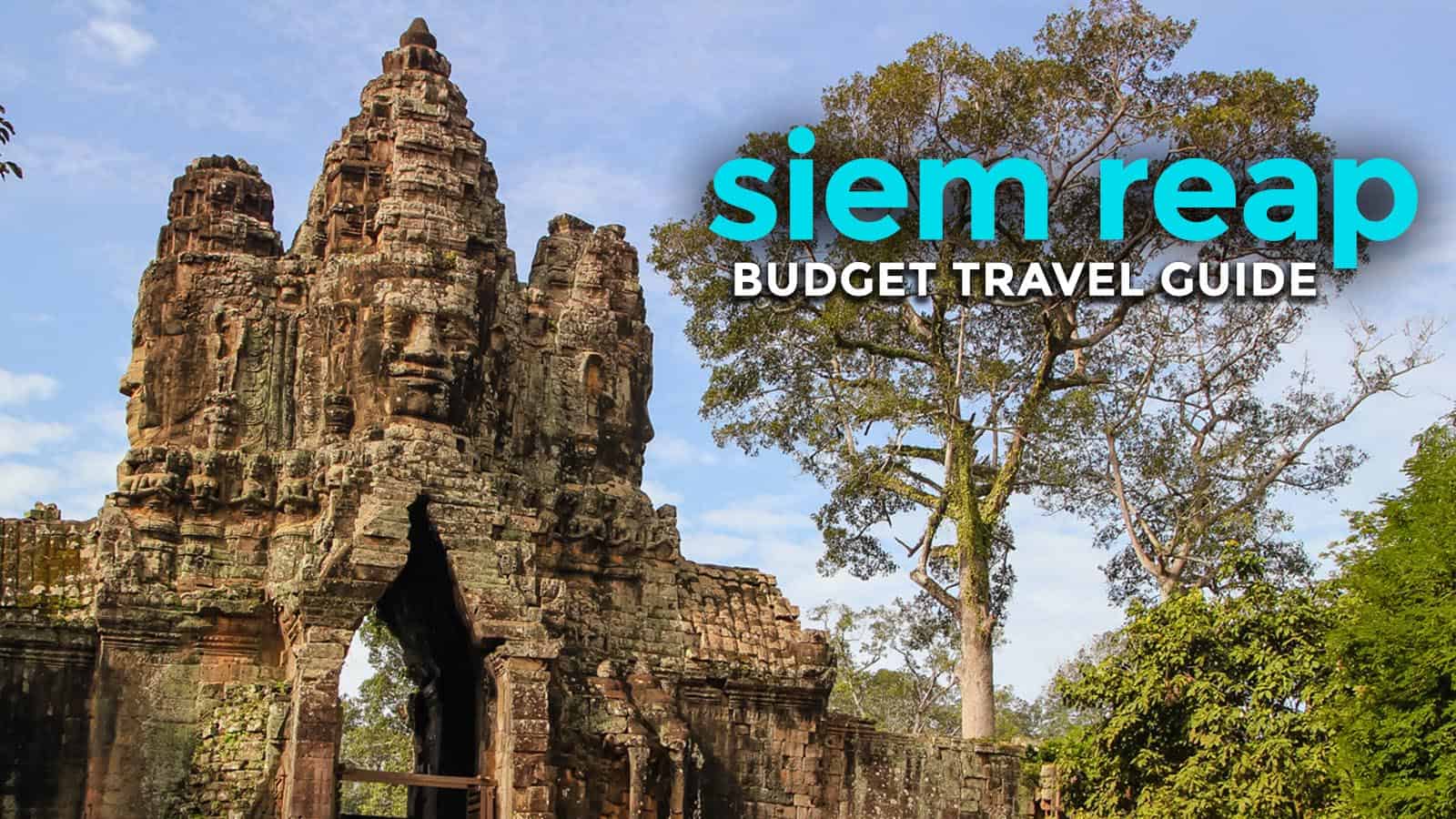 An Afternoon in Angkor Wat - TravelKiwis

[…] The other option is overland. This can be quite a challenge, and as we didn’t do it, we have provided a link to thepoortraveler.net who has  done it three times Bangkok to Siem Reap by land. […]

Hello. We are planning to cross Siem Reap on the 25th. If we’ll cross by the regular bus, are the tickets available at Aranyaprathet anytime?

Hi, we are planning an indochina trip this year and I heard a lot about immigration scam in the TH-KH boarder. Hoping you could share on your blog tips how you handled things once you were in that situation since we are Filipinos which are visa-free for those countries. Have you also experienced that even from uniformed personnel of immigration? I heard one case of that. Thank you in advance

Hi KC, we haven’t experienced falling victim to scams at the Immigration. We’ve done this crossing 3x now, and we simply ignore everything and go straight to the immigration counters.

hi! im planning to travel from bangkok to siem reap, is it possible for a day tour etinerary? im leaving bangkok early in the morning and planning of coming back from siem reap at 5pm. or if im going to stay there at night the im planning to go directly to ayuttaya. guides pls. thank you!

Hi Tinne, that would be very exhausting. I don’t recommend that.

Why bus? How long it will takes from Bangkok to Siem Reap is we choose to ride a train? Thank you so muc

hi! thank you for this very helpful blog.
would like to ask how many hours does it take for the regular bus to reach Aranyaprathet from Bangkok, then the whole immigration stuff, and the bus from Aranyaprathet to siem reap?
thanks again.

Bangkok to Aranyaprathet, around 5 hours.

Immigration, depends on many factors, but if there is no line and you don’t need a visa, probably 30 minutes-1 hour. However, queueing can take some time so give an allowance.

HI ! i booked my flight from manila to bangkok to visit thailand but i changed my mind and wanting to visit siem reap, would this help me for my immigration in cambodia ?

Hi Ajhay, sorry, I don’t understand the question. May you clarify?

Hello. Did you go back to bangkok after your Siem Reap? I’m thinking of taking the bus going back to bangkok. So, will I just reserve the process? :)

Hi Kristine, on my first time, yep. I returned to bangkok. I just booked a bus in Siem Reap. I did reserve but the bus was not full. But it was lean season (September).

According to my female friend who traveled there alone, it felt safe. Just don’t stray too far from the tourist sites.

Hello! I know it’s been asked already and you answered bus rather than train if travelling to the border. I presume this because of the travel time? Pero comfort wise kaya? we’re planning to do overland and we have a toddler with us (likot stage) Please advise! TIA!

Hello! question lang po. Kase I’ve been in cambodia last april 11-19 this year. Im planning to go back again this july 20 and stay there for 7days to visit my fiance. Do i have to pay or apply for visa extension?

The Cambodia embassy in the Phis said, a Filipino can cross Cambodia visa-free and stay up to 30 days.

Hi, this is a thailand to cambodia border crossing tip but what about if we go by siem reap to bangkok?

Are there also dirrct buses from Siem Reap to Bangkok?

Yep, there are direct buses for the other way too.

I bope you can reply. Salamat po.
Note: I’ve been in Sydney just recently. Yung blog mo ang sinunod ko and it helped me a lot. Salamat ulit.

Hi Gilmore, yes, that’s fine. As far as I know, you are allowed up to 2 land border crossings into Thailand per calendar year. In your case, you will only be crossing to Thailand by land once, so that’s still okay. (Entry by air is not counted.)

Thank you for all the information, you have made me feel a lot better about crossing overland. I will most likely be alone so slightly terrified but all your posts are definitely helping me feel more at ease!