As a child, I always love playing in the rain with my cousins and childhood friends. And since we live near Laguna Lake, we would sometimes head straight to the lake and swim to our hearts’ content. I’ve been to a few waterparks both here and abroad, but I guess there will never be enough water parks and beaches for this southern girl right here who grew up near lakes and beaches and bathed in the rain as if she had won a jackpot. And I’m pretty sure that I’m never alone in this.

Up north, there’s an ongoing leisure and entertainment property development inside Clark Freeport Zone. It will encompass 122-hectare of land, and one of the projects is the recently-launched Aqua Planet, which takes up 10-hectare of that land development project. It is said to be the largest water park in the country, as of writing.

It continues to tickle the interest of adults and kids alike, most especially those who never outgrew their love for pools, colorful water slides, and theme parks. Aqua Planet is bounded by J.P Rizal Avenue, J.P. Laurel Avenue, and Prince Balagtas Avenue in CFZ.

Although Clark International Airport is the main gateway to Central Luzon, it is also easy to get there from Manila. Manila-Clark travel is made more convenient by the North Luzon Expressway (NLEX) and Subic-Clark-Tarlac Expressway (SCTEX). The transit between these two points will take two to three hours, depending on the traffic situation.

From Manila, there are ample transportation options to get to Aqua Planet. Here are some of them. 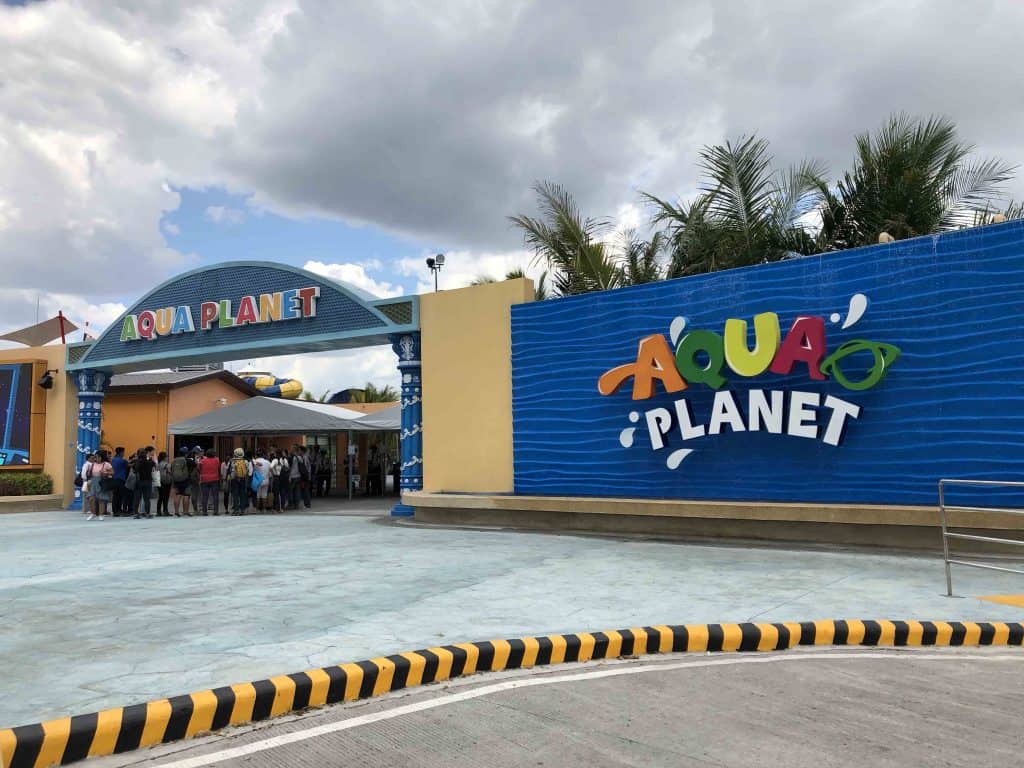 Where to buy Aqua Planet tickets?

You can get your tickets at the ticket booths situated at the gate of the water park. You can also book in advance online via Klook!

Manila to Aqua Planet by Bus

There are buses aplenty operating between Manila and North Luzon daily. Victory Liner is one of the favored bus companies for a number of North Luzon destinations. It has bus terminals in Pasay and Cubao.

The total fare is P300-350 and travel time is approximately three hours.

Alternatively, you can take the P2P bus offered by Genesis. From Trinoma, you can get on a Genesi P2P bus to SM Clark. Alight at SM Clark and take a walk to Bayanihan Terminal. Ride the Blue Jeep to Aqua Planet.

If you are coming from Subic Bay via SCTEX, You can get to Clark in approximately 45 minutes. Other reference points are Clark International Airport (10 minutes), SM Clark (15 minutes), and Angeles Heritage Plaza (20 minutes).