I had never felt the carnivore in me more alive than on that Black Saturday. After a week of avoiding meat in observance of the Lent, I decided to end it with a bang. But finding a good Japanese restaurant in Pampanga isn’t that easy, as options are rather limited.

I was born and raised in Pampanga. When I finally moved to Manila, people always tell me that Pampanga is the Philippines’ culinary capital. But when I’m asked what Pampanga’s culinary capital is, I’m always taken aback. But I’m sure Angeles City is a top contender. Angeles City’s primary draw is its food. It harbors a number of notable restaurants that Manila-dwellers travel two hours for. It is also the birthplace of sisig, a dish that has made its way to dining tables all throughout the country, among others.

It’s no wonder that when gluttony takes over my entire being, the first thing I do is drive to Pampanga’s City of Angels. And drive we did that Black Saturday in search of a good meatshack. What we found instead was a Japanese restaurant, Yufuin.

Located on 1st Street, Balibago, Yufuin is not hard to miss, with its huge signboard screaming to potential diners near SM Clark. It looked like I wasn’t the only one breaking the fast. The restaurant was packed, something we easily had an idea of just looking at the number of cars parked next to it. We were greeted by the friendly staff. “Yakiniku, sir?” they asked. Who could resist such an offer when the room was filled with the inviting smell of grilled meat. They ushered us up to the second floor where the grills were. 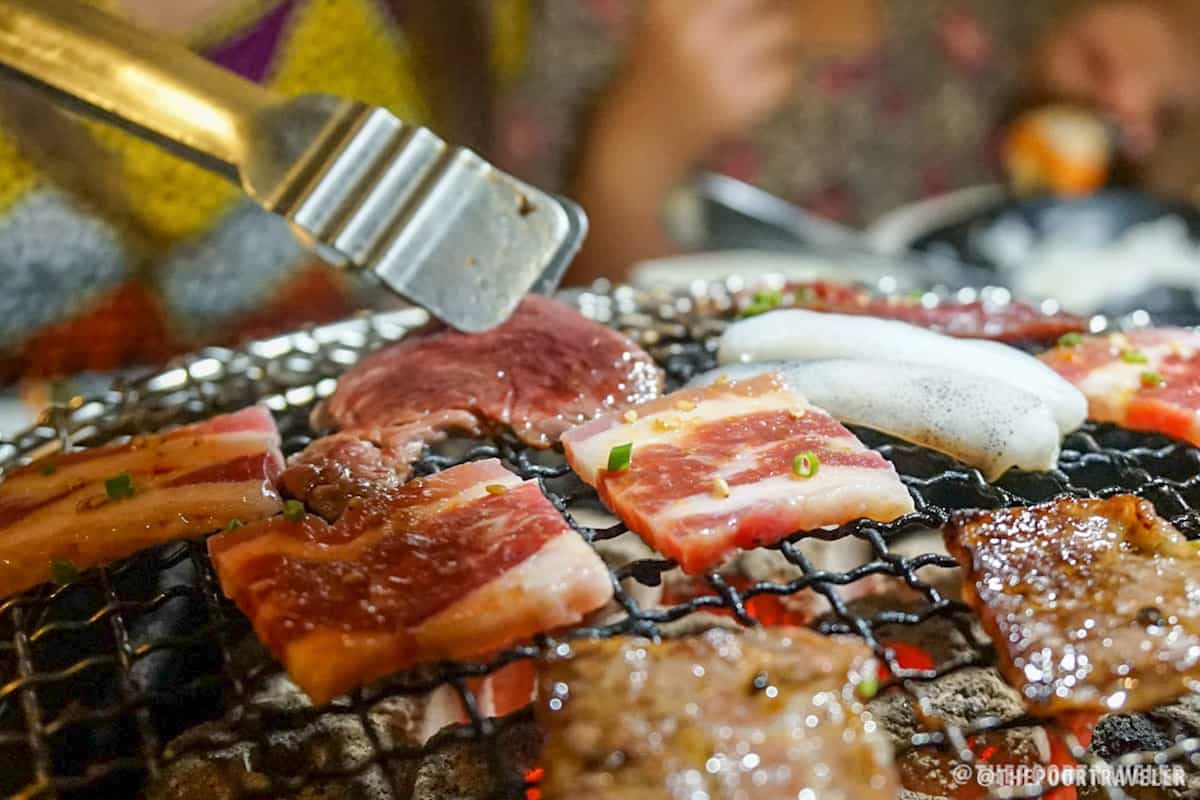 Yufuin offers a variety of dishes. Their thick menu properly categorizes their dishes. Price range is about 200 to 500 pesos for the regular menu. While the yakiniku sets range from 900 to 4500 pesos. 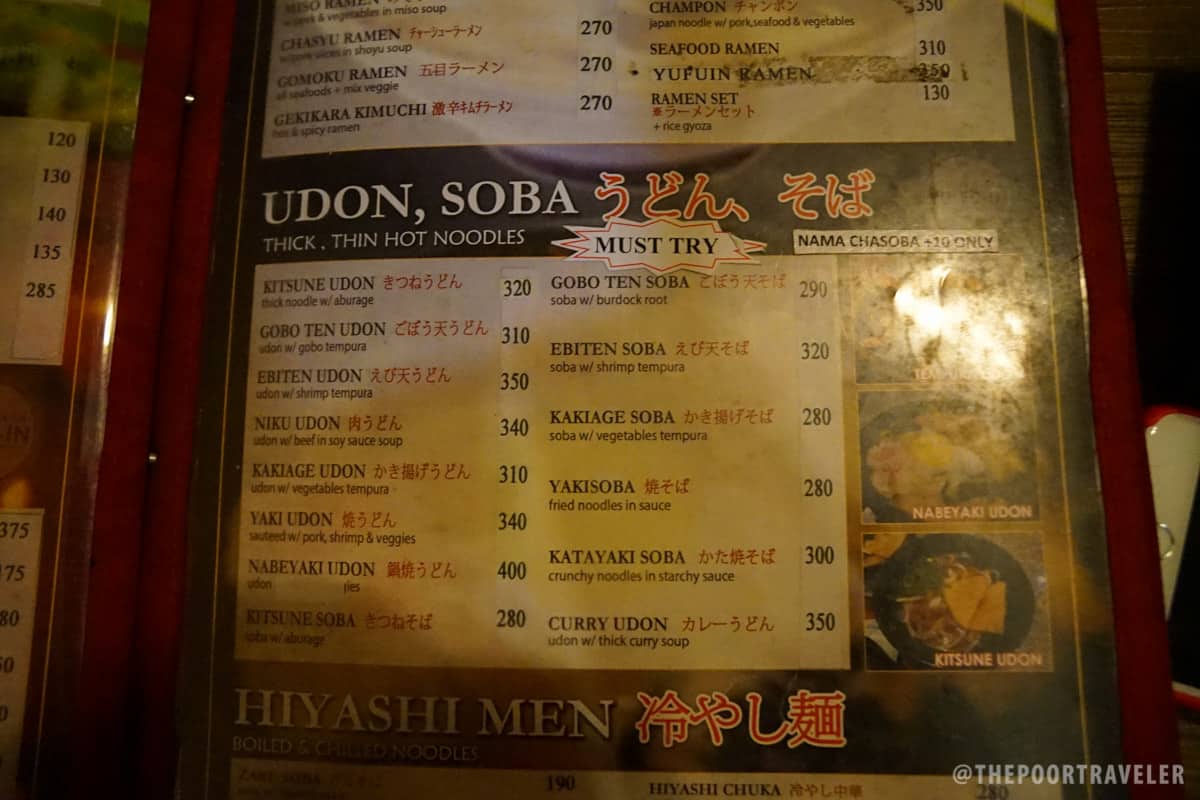 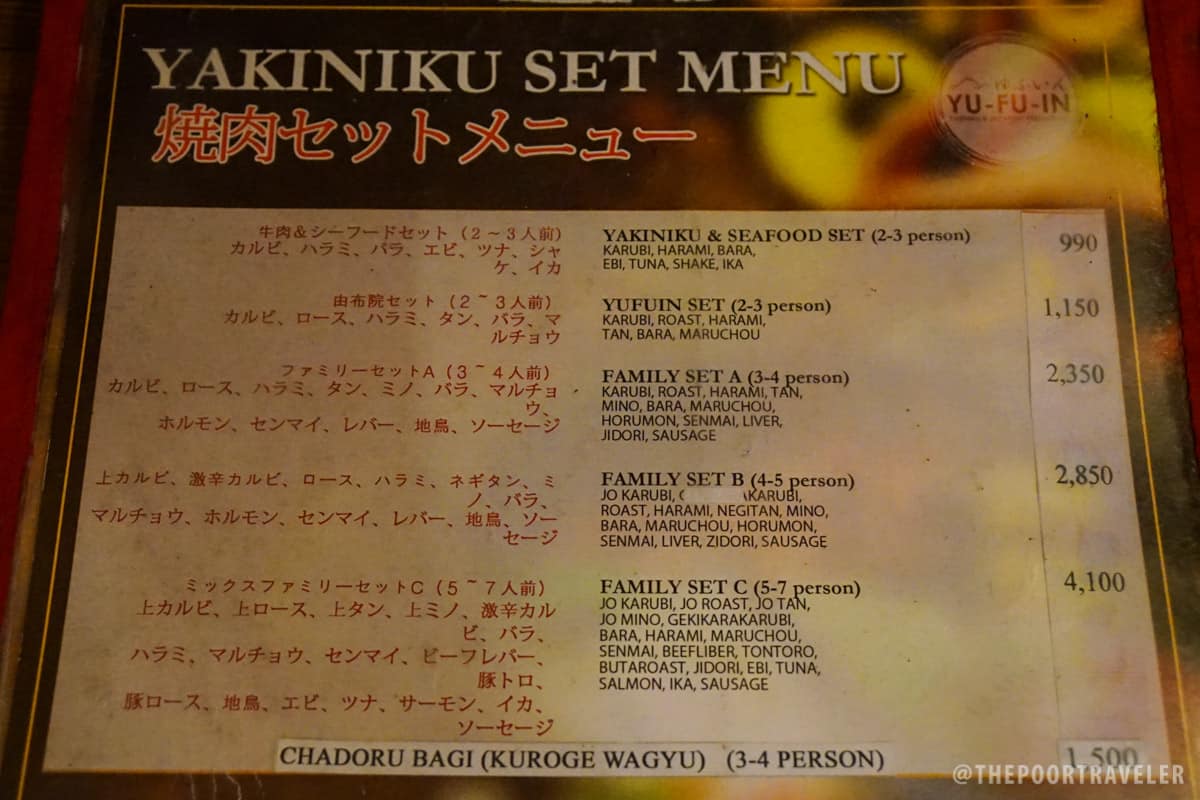 We ordered for the following:

While the menu would tell you that the yakiniku sets are good for two to three persons, I think it could feed up to four. Even their soups and noodles are good for sharing. The servings here are generous, which is always a good thing for a glutton like me.

We actually ordered Yaki Udon too, but they forgot to fire it so we ended up canceling it. The service felt slow at times, too. It took them around 15 minutes to issue the bill, despite us buzzing and following up six times just to get the attention of the staff. I guess it’s because the house was full that time. Afraid that the complimentary 2-scoop ice cream would take much time too, we decided to pass on it.

Despite that, the staff were warm, friendly, and apologetic.

Overall, Yufuin offers delicious Japanese food in a family-friendly setting. While the staff are accommodating, service pace can still be widely improved. Will I eat here again? Definitely. But not during peak hours.

How to get to Yufuin Japanese Restaurant. If taking public transportation, there are buses bound for Dau/Mabalacat Terminal at Bataan Transit, Cubao, Quezon City (Fare: P150). Take a jeepney to Clark Maingate or SM Clark (fare: P7). Look for the Yufuin signage.