Exactly two years ago, I put out my last cigarette.

It was a habit I never imagined I would be able to kick, especially as a traveler. For almost a decade, I lit at least 10 sticks a day. Some days, when things got so stressful, I could finish an entire pack. My cigarettes were my constant companion, a lover I always wanted to dump but I thought could never go without. Our relationship was based on false satisfaction — unhealthy, obsessive, suffocating, but he made me feel so, so good.

Without him, things felt incomplete and unreal. From the balcony of my hotel room, the view of trees enveloped in mist and the foggy outlines of mountains was not pretty enough until I see it through my own sheet of smoke. The karst cliffs rising in the horizon as I laze on the beach were not as arresting until there’s a stick in between my fingers. A meal wasn’t filling (or fulfilling) until I add nicotine for dessert.

But it wasn’t just about pleasure. I felt more useful when smoking. My best stories and marketing strategies were conceived and born in between sips of hot tea or ice cold beer and puffs of cigarettes on rainy nights. And when I was backpacking alone, it helped me make new friends with other, uhm, smokers. Many of the conversations with strangers began with “Do you have a light?” And when there was no one, at least I had something to do while standing outside. I had depended on it for a long time, enslaved by it.

In my sinful affair with smoking, it’s clear who was in control. And it was not me.

But two years ago, I finally cried “Enough!” Good old cold turkey. Funny because travel, which was part of the reason I kept smoking in the first place, had a lot to do with it.

All about the Money

I’m the kind of guy who measures the value of things by airfare. LOL. Whenever I want to buy something, I try to compute how far it would take me if I book plane tickets instead. How much is that new gadget? As much as the price of a trip to the Maldives. How about that refrigerator? Bali. And that jacket? Tokyo on sale. 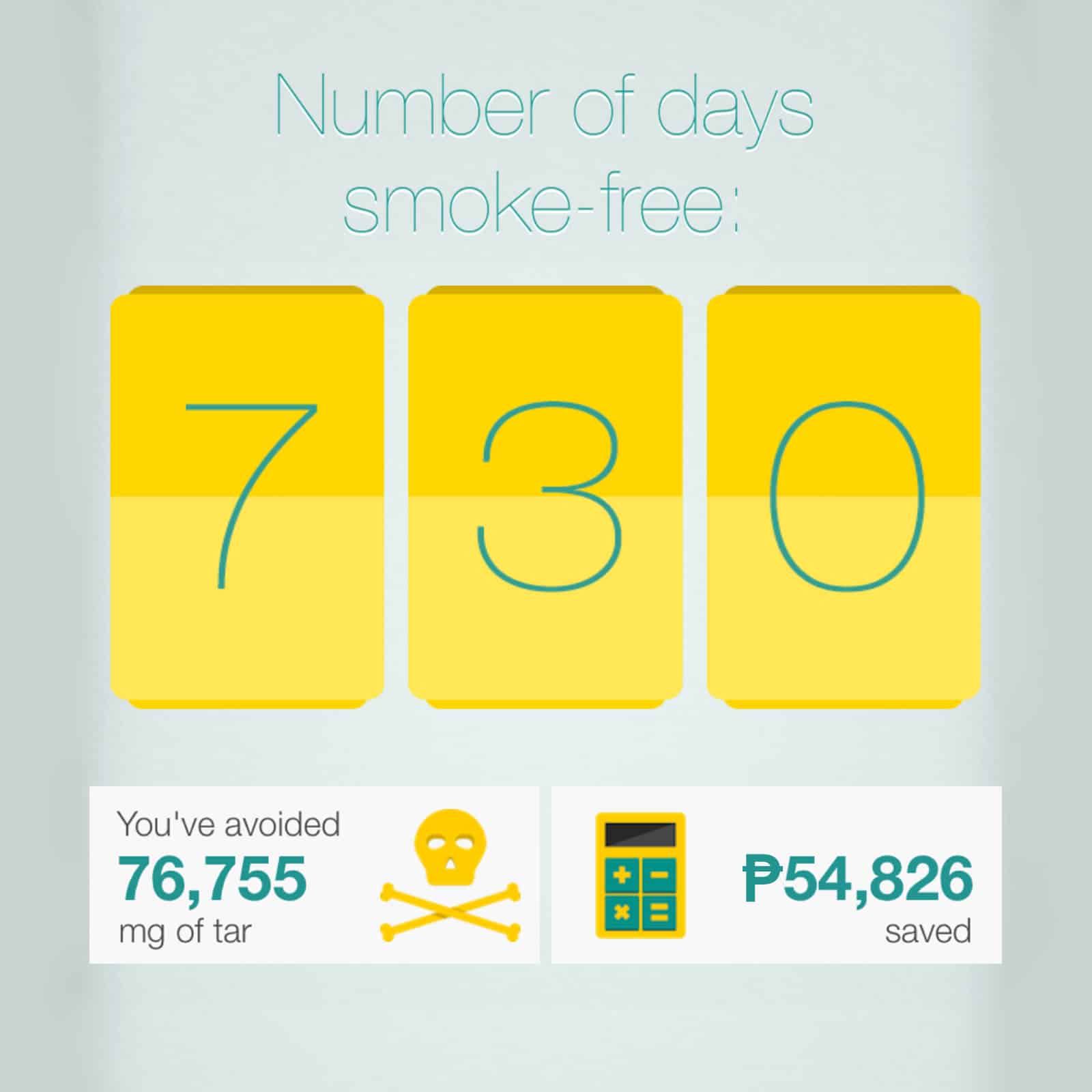 The road to my first awakening began in 2013 when higher sin taxes were implemented in the Philippines. The government just made cigarettes less affordable and it started to hurt my pockets. When I went back to having a day job in 2014, I spent most of my time in the BGC area, where cigarettes cost P100 per pack.

And I would always spend P100 even when I couldn’t finish a pack because there was always someone who would ask for a stick every time I would smoke. And being the generous guy that I am, I would give away the cancer sticks.

The thing is, smoking is an expensive vice. You just don’t realize it because you spend a small amount per day. But they all add up. When I did the math, I discovered that if I stopped, I would be saving around P30,000 per year. That’s enough money for a roundtrip ticket to Europe! And true enough, after over a year of refusing cigarettes, guess where I went…

Sure, P30,000 won’t be enough. Tickets ain’t everything. But my point us, it gave us additional funds.

No Ifs, No Butts

Ever smoked on the beach? When there’s no ash trays around, where do you put your cigarette butts?

My habit had been to put it out and keep it in my pocket. It’s an unhygienic, disgusting habit, but I didn’t want to throw it just anywhere or bury it in the sand. Often I forget that I had a dirty cigarette butt in my pockets, like a dirty little secret I carried around wherever I went.

I formed that habit after traveling to a lot of beaches to join cleanups. I witnessed first-hand that cigarettes are also an environmental problem. Along with plastic bags, straws, and sachets, cigarette butts are some of the most common trash we collected everywhere where went. And because these ugly fckers don’t decompose quickly, they sometimes end up in the bellies of marine animals.

I was in Australia when I decided to finally kick the habit.

Even before the trip, I knew we would be trekking a lot so I decided to stop smoking temporarily to prepare for it. Just temporarily, I thought. But on our first day, I realized just how much my body had changed. I’ve always liked treks. For most of my life, I was fast and nimble, and I didn’t tire easily. But that day, I wasn’t the same. My breathing wasn’t as deep and full as it used to. Add the fact that I was also dehydrated, I almost passed out. I dropped to the ground, shaking. 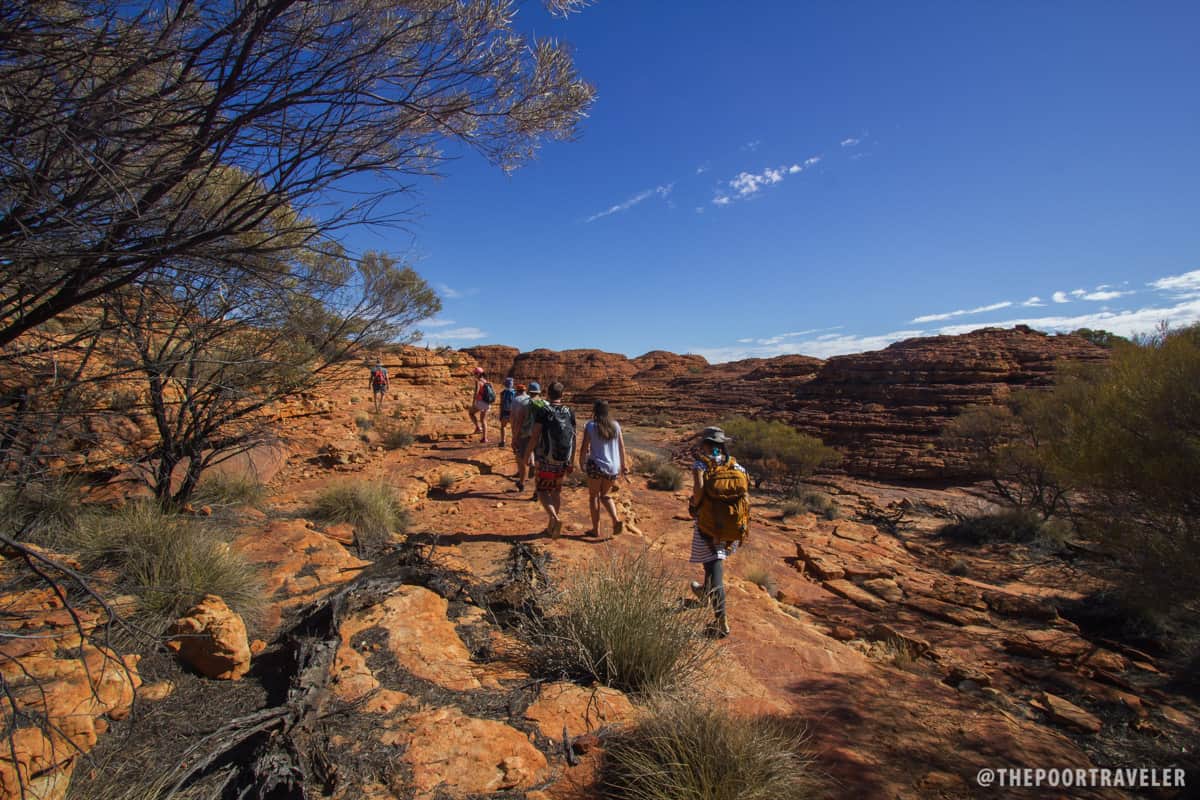 I thought I was going to die. And it dawned on me that I didn’t want to kick the bucket just yet. Funny because while I was on the ground, I was counting countries. I want to see more of this world. I want to travel more: experience new things, meet new friends, see new places. Heck, Australia was only the second country outside Asia that I visited. I am so not ready to die. Pleeeease.

Was that because of smoking? Maybe, maybe not. It could be a combination of many factors. For all we know, I was just getting old. I don’t know.

But there’s one thing that I know for sure:
Smoking is bad for my health.

And if I wanted to live longer, I had to get rid of it. Whether or not that incident was caused by smoking, I had to quit.

That night, I downloaded a QUIT app — which is why my app is Australian, LOL — and and ended that awful decade-long affair. PERMANENTLY.

It wasn’t easy, especially given that most of my friends are also smokers, but I made a pact with myself and promised to honor that. Whenever my friends would invite me for a smoke, I would get angry at them for trying to draw me back and disrespecting my decision. Eventually, they stopped. After every meal, I would crave it, but I would find something else to do. Or to eat. Haha. To be honest, I gained a bit more weight since I quit because I never felt satisfied even after a full course. There was no nicotine to trigger the release of dopamine in my brain, so I would get it from more food. Sweets, usually. LOL. But I’m taking care of the weight problem, too. One at a time, my friend. Mahina ang kalaban.

Yes, it feels good. I feel better now. I no longer feel uneasy during long-haul flights because I couldn’t smoke. I no longer have to go out in the middle of winter because I stay in a no-smoking hotel room. I no longer have to carry cigarette butts in my pockets. I no longer need to sacrifice my physical health just for an ounce of creative juice. And without smoke to cloud my view, I now see clearly just how beautiful this world is and how lucky I am to be here. I won’t risk it anymore.