This DIY TRAVEL GUIDE BLOG focuses on TAROKO GORGE in HUALIEN, TAIWAN, and contains the top tourist spots, things to do, and info on how to get there. If you’re interested in exploring the larger TAIWAN EAST COAST or HUALIEN COUNTY, check out our guide here: Hualien Travel Guide.

The site owes its name to the Pacific. And to one tribesman.

A long time ago, when a native Truku tribesman came out of a gorge and saw the blue splendor of the world’s biggest ocean, he admiringly shouted, “Taroko!” It means “magnificent and beautiful.”

What he did not know then was that his word would be the name of this complicated marble maze. Taroko Gorge, as it is presently called, is a treacherous territory, crumpled with deep ravines and steep crags. But like the ocean that rumbles next to it, it too is magnificent and beautiful in its own right.

Officially named Taroko National Park (太魯閣國家公園), Taroko Gorge is a 19-km-long canyon along the northeastern coast of Taiwan. The area is fully loaded with marble, a product of the tectonic clash between the Eurasian and Philippine plates. The limestone metamorphosed into marble as the plates forced the site to rise half-a-centimeter a year over 100 million years. One of the eight national parks in Taiwan, it offers visitors magnificent views of its rugged landscapes.

You can tour Taroko Gorge by taking the bus (DIY-style) or by joining a group tour. Here are the details of each, along with their pros and cons.

One thing that I appreciate about tours is that Qingshui Cliff Scenic Area is often included in the itinerary. Qingshui Cliff is not easy to reach by public transportation on your own, so having a ride to get there skips the hard part. Some tours also make a stop at a few attractions along the way that are outside of Taroko Gorge. 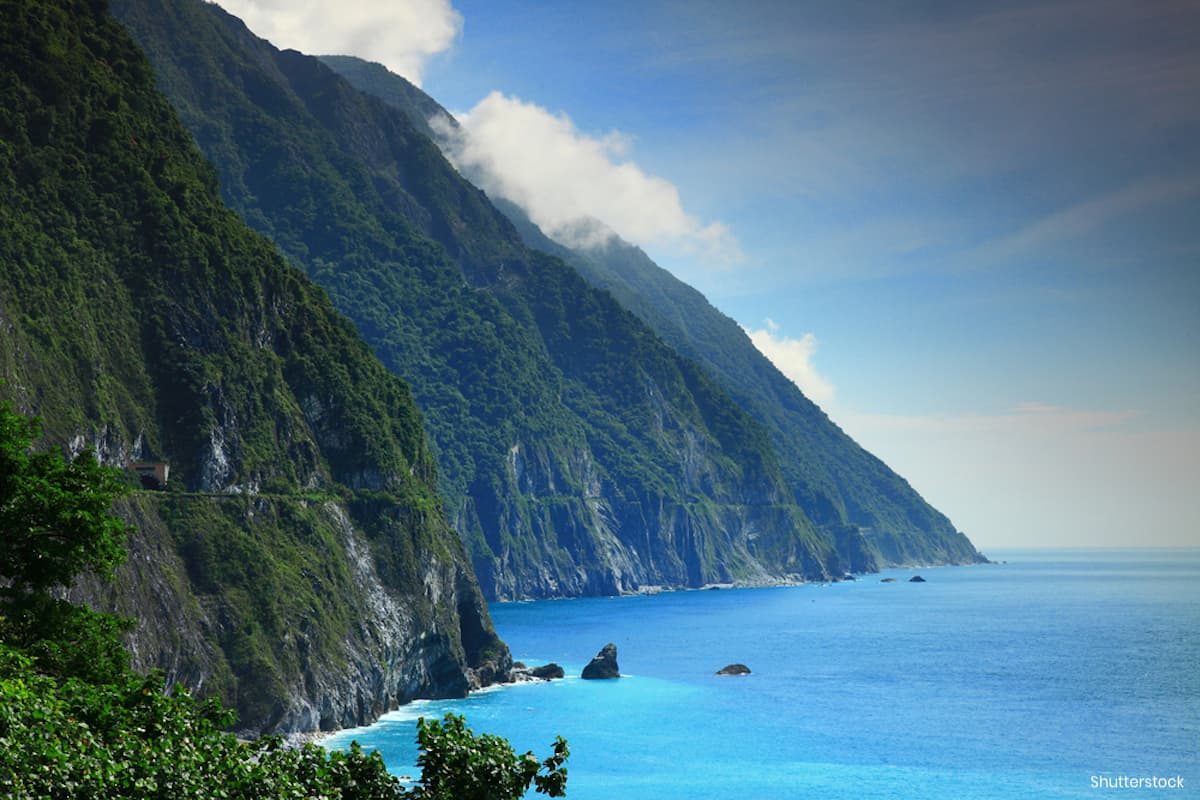 The downside, of course, is you don’t have control of your time and because most tour itineraries are usually packed, you spend limited time per stop.

Still, this is a great choice for those traveling with kids or seniors because it eliminates standing in line waiting for the next bus.

The cheapest way of sightseeing in Taroko Gorge is by taking the bus. The beauty of taking the bus is, you have total control of your time. Unlike with group tours, you may choose to stay longer at a certain stop if you feel like it. You may skip a site if it doesn’t interest you. And in case you missed it, it’s cheaper. 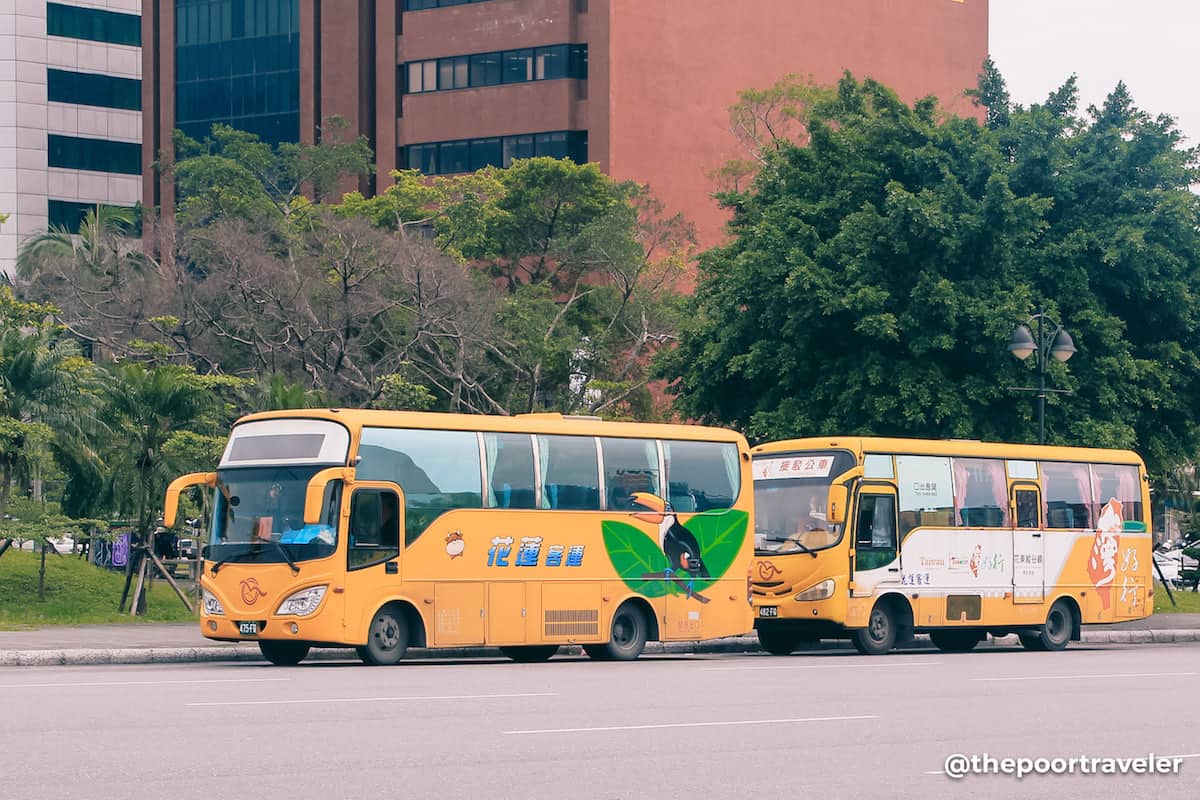 Two bus companies operate around Taroko National Park, each with their own lines. Hualien Bus Company controls Buses 1133A, 1133, 1126, and 1141, which all start at Hualien Station. Taroko Bus Company operates Bus 302, which departs from Xincheng Station. Both companies offer day passes that tourists may use to enjoy unlimited rides, but the pass issued by one bus line can’t be used to board the other. For example, if you purchase a Bus 1133A day pass, you can’t use it for Bus 302 because it’s by another company. Buses from each line are also around 1 hour apart. Meaning, if you’re holding a 1133A pass and you miss the 1133A bus by a minute, you’ll have to wait for an hour for the next one.

Hence, the best way to take advantage of BOTH these bus companies isn’t to purchase a day pass from either but to just get an EasyCard, which is Taiwan’s IC card, similar to Hong Kong’s Octopus card, Singapore’s EZ card, or Japan’s ICOCA, PASMO, or SUICA. Both the Hualien buses and Bus 302 accept the Easycard. This way, if you miss a bus, you don’t have to wait for an hour. You just wait for the next bus, whichever comes first, regardless of which company operates it.

You can purchase an Easycard at convenience stores like 7-Eleven and Family Mart and MRT stations. Cost of the card is NT$100. You will have to load it with credits first before you use it. 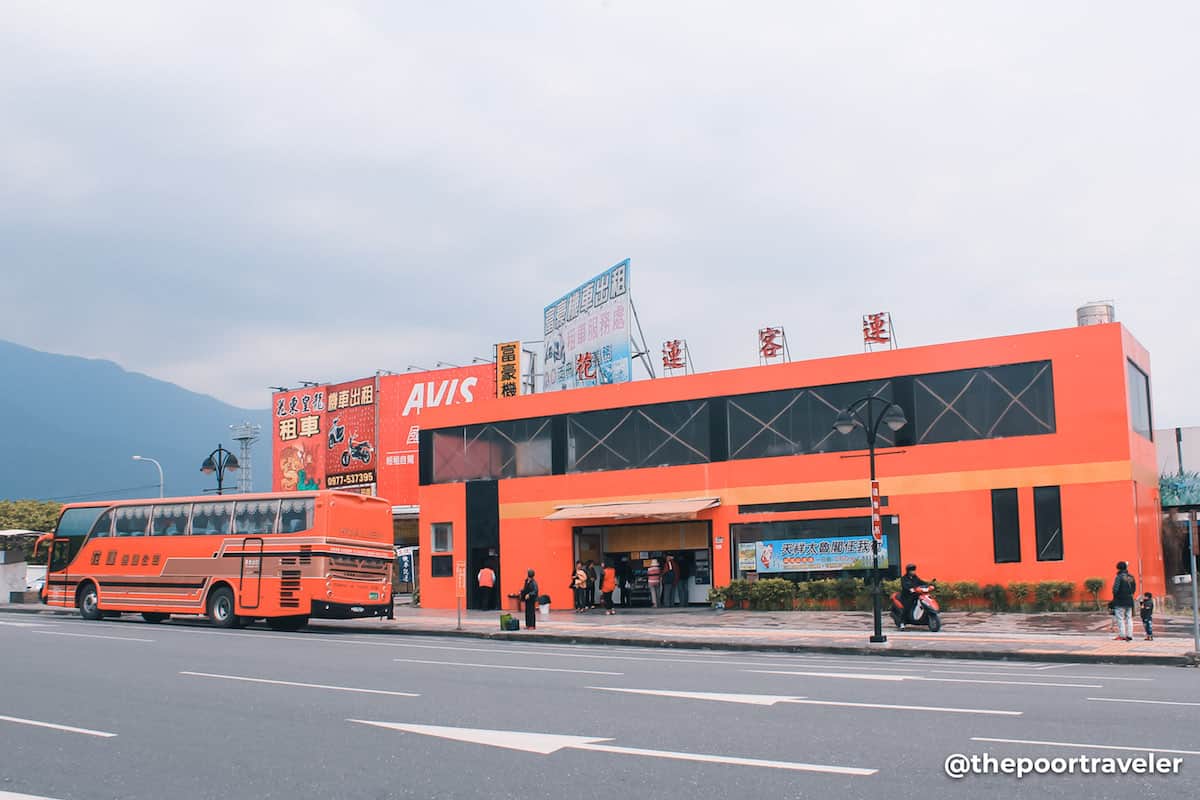 Hualien Bus Company operates the public passenger buses (Buses 1126, 1141, 1133) and Tour Taiwan Taroko shuttle buses (Bus 1133A) from Hualien. All these buses depart from Hualien Station. Here are the departure times of the public buses:

Aside from these, there’s also Bus 1133A, which has multiple trips a day (one almost every hour) from 7am until early afternoon. This serves those who hold bus passes.

The stops vary depending on the Bus number.

Most tourists choose to purchase a 1-day or 2-day pass, which will entitle them unlimited rides on all buses above including shuttle bus 1133A and public buses 1126, 1141, and 1133. Here are the rates of the bus passes:

The tickets can be purchased at the bright orange building adjacent Hualien train station. It’s hard to miss.

Taroko Bus Company operates Bus 302, which departs from Xincheng Station for Tianxiang almost hourly from 07:10am until 05:10pm.

You can download the full schedule here: Bus 302 Timetable.

Bus 302 is often generally less crowded than Bus 1133A. There are also more 302 buses than 1133A buses, which makes it a better option when getting around within the Taroko National Park. The problem is, it starts and terminates at Xincheng Station. If your hotel is in Hualien, you will have to take a separete trip to or from Xincheng.

Plan ahead. It’s impossible to see everything Taroko Gorge has to offer in a day. Decide which stops you want to see and prioritize them.

Places to Visit in Taroko Gorge

Here are some of the best spots in Taroko Gorge. For more details about each stop, we have a dedicated post. Read: Taroko Gorge Tourist Spots. 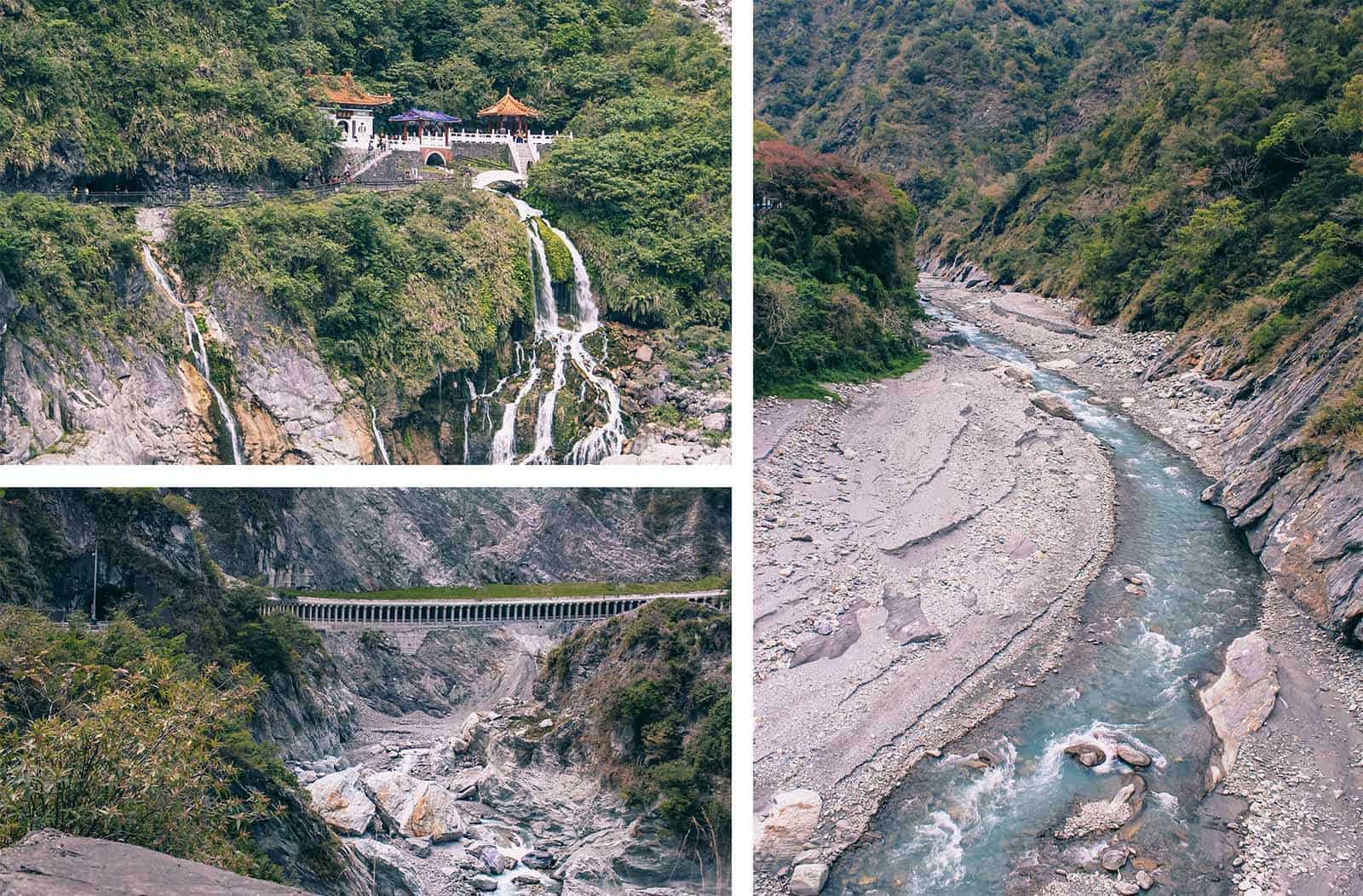 Thanks very much for taking time to publish this very useful information. It is very helpful to travellers.

Hi, can I ask how much the fare is in between stops when you use the easycard?

Informative article! But there is one important note that I’m not seeing here.

If I decide not to get a 1 or 2 day pass from either company, and just do single rides with my Easycard so I can utilize both bus companies, how much are the single rides going to cost?