One of the most important changes implemented after the reopening of Boracay is that visitors who are planning to spend at least one night on the island must show proof of accommodations. And it shouldn’t be just any accommodation. It has to be an accredited establishment.

So yes, HOTEL BOOKING IS REQUIRED when staying in Boracay for at least one night. At the Caticlan Jetty Port, the jump off point to the island, government staff will be asking you to present proof of reservation before you’re allowed to board the boat or ferry.

The Boracay Inter-Agency Task Force has released a list of compliant and accredited hotels and resorts that are allowed to accept bookings from tourists. The move was to ensure that establishments are compliant with local policies, the volume of tourists is monitored and controlled, and that environmental impact is lessened.

WHERE TO STAY IN BORACAY

Before we show you the list, it is important to be familiar with the island’s geography. Boracay is a bone-shaped island politically divided into three barangays (villages). 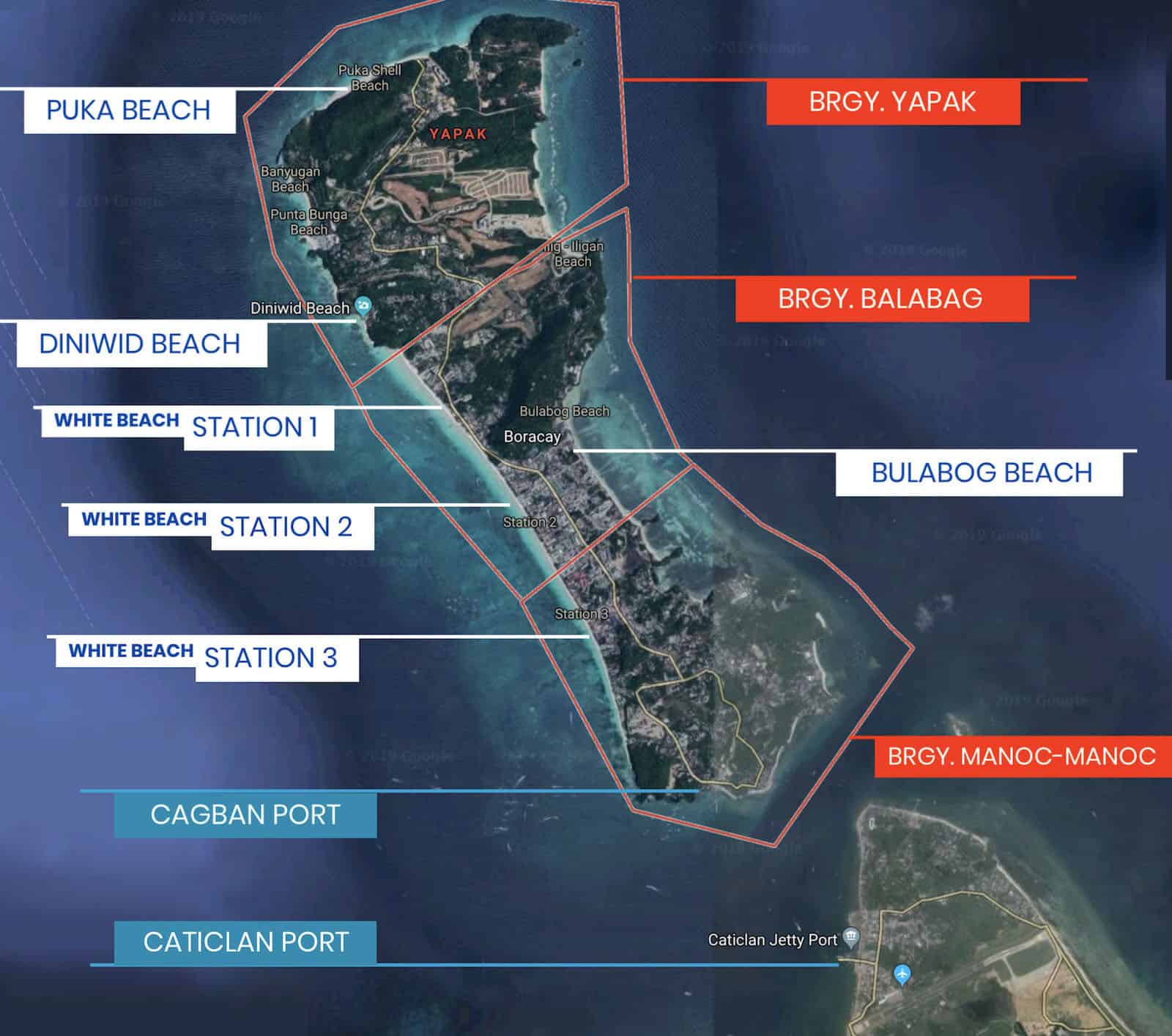 You’ll be encountering the names of these barangays when checking out accommodations online. But for tourism purposes, it’ll be easier to split the island not by barangay but by beach.

Most people who haven’t been to Boracay are under the impression that it has only one beach because most media features focus on its main stretch — White Beach. And while it is the longest and most popular, it is not the only strip of sand here. The island is hemmed by over a dozen beaches! When looking for accommodations, it is important to consider not just the barangay but also the beach where it is located. Here are some of the beaches in Boracay.

Some higher-end resorts like Shangri-la Boracay and Flora East are located along smaller coves.

Now that we got that out of the way, here’s the list of accredited properties released Boracay Inter-Agency Task Force. Note that NOT ALL of these properties are beachfront. Some are situated along inner alleys, so if you want a beachfront resort, check the map first before booking. We provided Agoda links so you can easily check the location, check rates, or make a reservation.