Melbourne is one of Australia’s most popular tourist destination, so it is not surprising that Melbourne Airport is also one of the busiest airports in the continent. From 2016 to 2017 alone, the airport served over 25 million domestic and 10 million international passengers.

The Melbourne Airport is sometimes called Tullamarine Airport because it is located in the suburb called Tullamarine, around 20 km northeast of the city’s central business district (CBD). It takes 20-45 minutes to travel between the airport and the CBD, depending on the traffic situation.

There are plenty of options to reach the city center. Taxi and Uber are obviously the most convenient modes of transportation. But in this article, we’ll focus on the more economical option — the bus. You have two choices: the SkyBus and the public bus.

BY SKYBUS: The Fast, Easy Way

The most convenient way to travel between the airport and the city center is by taking the SkyBus Express Airport Transfers, which is a double-decker bus that runs for 24 hours (varying frequencies throughout the day). The journey lasts 30-45 minutes, depending on traffic.

You can book a SkyBus ticket via the electronic ticket machines at the SkyBus stop at the airport or online. The machines don’t accept cash but accepts credit cards. Fare: AUD 19.75, one-way; AUD 38, roundtrip.

You can score a slight discount if you book online ahead of time.

Here’s how to get to Melbourne CBD via Skybus.

The SkyBus bound for Melbourne CBD terminates at Southern Cross Station on the edge of the district. If your hotel is nearby, you can just walk from the station. This is just one of the reasons why the Southern Cross area is the best place to stay in the city.

If your hotel is closer to Central Station, here are your options.

Not a lot of people know about this, but yes, it is possible to reach Melbourne CBD by taking public transportation. It is also very cheap; the fare is only A$4.40. The catch is, it takes double or triple the amount of time that the SkyBus takes to get there.

If you’re interested on taking this route, the first thing you should do is purchase a myki, an electronic reloadable smart card that is used in all public transportation services in Melbourne. Cash isn’t accepted. But don’t worry, you’ll be able to use that card again when you explore the city. The card itself costs A$6, but you will need to top it up with more credits. On top of the card fee, the fare to CBD is A$4.40.

Once you have a myki card, follow these directions:

The total travel time including the waits can last 1.5 hours. If you’re arriving in the evening, it’s best to avoid this route because the buses will be few and far between. If arriving in the wee hours, skip this and just take the SkyBus instead.

How to Get to Melbourne

From Manila, fly to Melbourne with Philippine Airlines. Travel time is only around 8 hours. 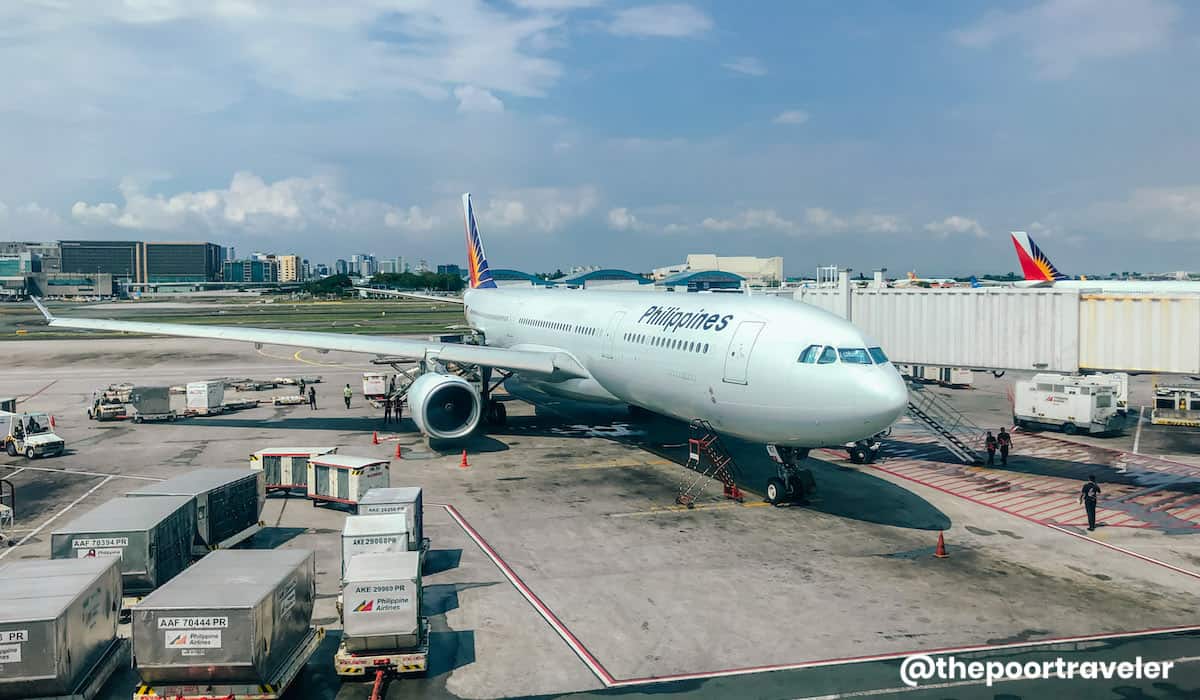 Regular fares can go as low as USD233 one-way, which can still go lower when there’s a promo. All bookings come with FREE 25kg baggage allowance and a hot meal, a snack, and complimentary alcoholic and non-alcoholic drinks.