Blindly I followed a trail that climbed the Sibao Mountain in Taroko Gorge, one of the most popular national parks in Taiwan. Concealed behind a park, it is one of the less frequently trodden walking trails in the region. There was no one else taking the leaf-carpeted path, and I did not know what to expect.

Armed with a hand-drawn map that Fong, the owner of my hostel, gave me, I followed the arrows and found myself tackling a difficult slope. Rocky stairs opened the trail only to fade and completely disappear as I gained altitude. Before I knew it, I was climbing the heck toward a “spot” that Fong claimed ‘the best view in Taroko.’

I passed through a bamboo forest and dangerous hillsides. And just when I was starting to think I was lost and seriously considering heading back, I spotted a barely noticeable marker. This is probably what Fong was talking about, I thought. I stood before a narrow gap between the canopy and peeked at what was below — an entrenched meander. 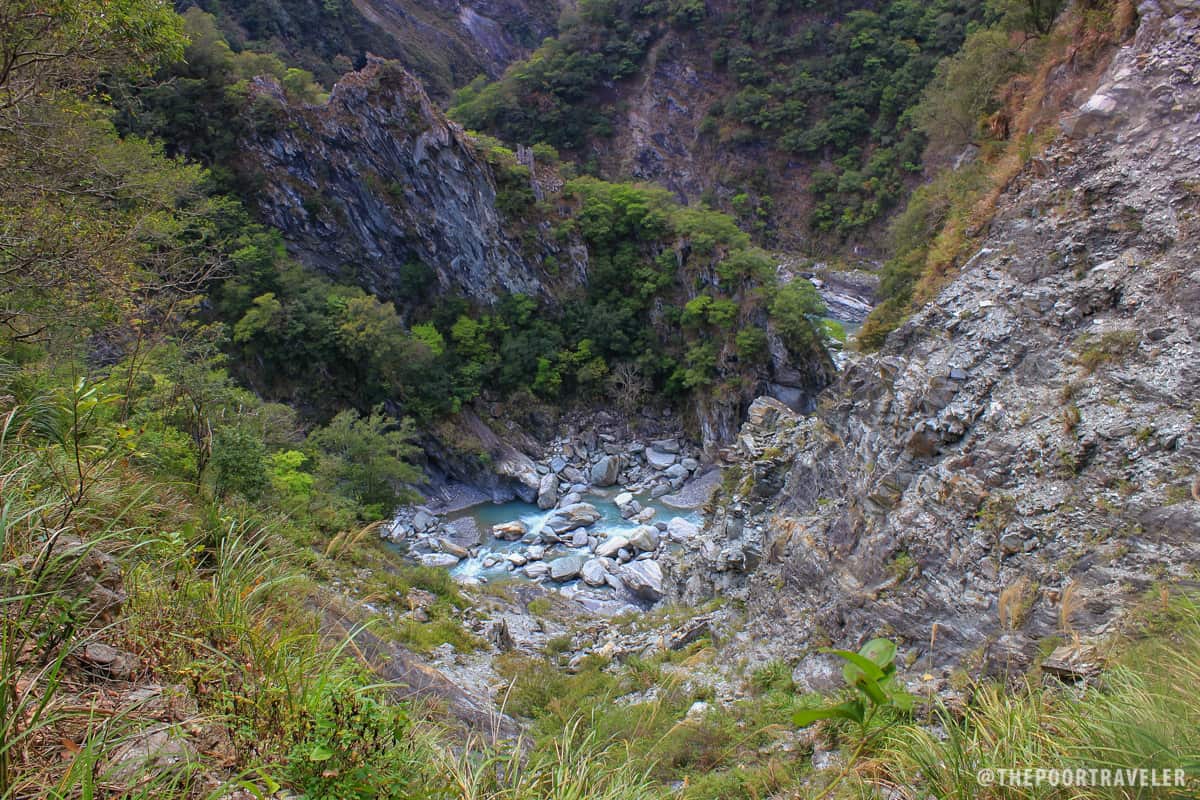 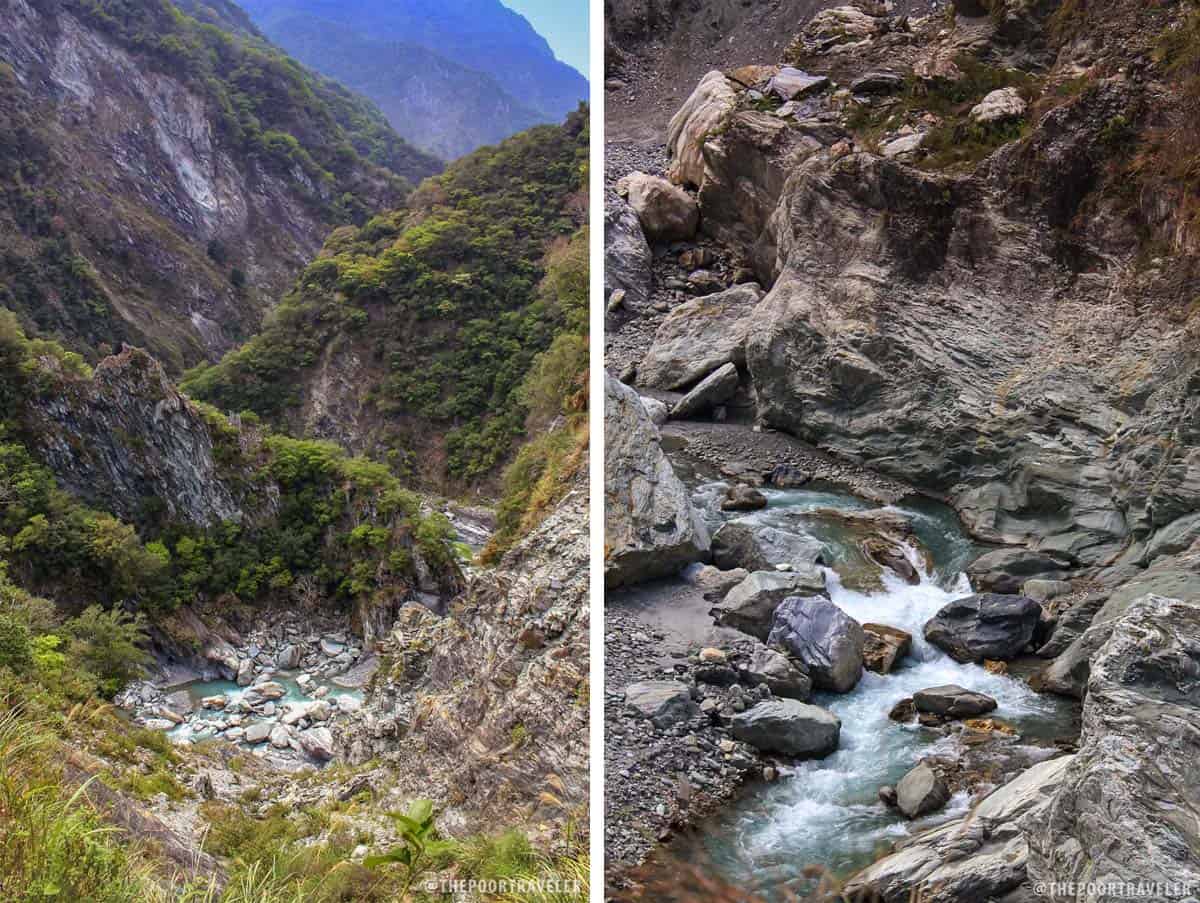 Some rivers meander; they follow a winding path across a landscape. They get reshaped over time due to erosion and deposition. But when the land suddenly rises, most of the time due to tectonic uplifts, some rivers are trapped in a fixed path and could no longer change course. This is called “entrenched meander”, and that’s what happened here in Tianxiang. From where I stood, I could see the meandering river snaking its way in between steep marble cliffs.

More info about this place and how to get there: Taroko Gorge