Note: I wrote this post in 2016. This post is not meant to discourage anyone from traveling nor does it aim to imply that this is the case for everyone all the time. This blog is filled with positive articles, but we also have to acknowledge this side of travel, that this exists, that this happens to some people. Can’t always be about rainbows and unicorns.

When I was backpacking across the Southeast Asian peninsula four years ago, I became great friends with a woman from Paris. We met at a hostel in Thailand, traveled through Laos together, and parted ways in Vietnam. Every single night we were together, she never failed to invite me to come over to France so she could show me around.

“Before the year ends, please?” she said. But the number of times she said “please” never changed my response: “It’s not that easy.”

Not only was money an issue, securing a visa for a guy like me was waaay more difficult and complicated than she was probably thinking. At the time, I had just quit my job and had emptied my bank accounts. There was no way the embassy would approve my Schengen visa. I was able to finally see her again two years ago, but it involved saving up and slowly beefing up my travel history.

It’s moments like this that envy, which under normal circumstances lies dormant inside me, is jolted awake. Here are the reasons why.

Applying for a visa can sometimes be a grueling process.

Sure, with a Philippine passport, we can visit several countries visa-free. But a whole lot of them would still require a visa, and getting it isn’t always easy. It’s a painstaking process of gathering all the required documents and convincing the embassy to allow us to travel to their country. For many citizens of developing countries like the Philippines, the requirements that are difficult to fulfill are: proving our financial capacity and proving our rootedness in our home country.

To prove financial capacity, we need to submit a bank certificate and a bank statement listing down in full detail all the transactions over the past six months. To prove our rootedness, we must submit certificate of employment and approval of leave of absence if employed, business registration documents if self-employed, tax certificates, and copies of personal properties under our name (land titles, etc.) and other documents that would show we have every reason to return.

And even if we’re able to submit all these and meet all the requirements, there’s still no guarantee that we’d be granted a visa.

All this, I understand. Over the past decades, illegal immigration had been a big concern for many states. A lot of Filipinos enter their country illegally under the guise of tourists, only to look for employment and overstay. They have to be strict and screen applicants well, in order to protect their national interest. I understand that. It’s their duty to be strict, to scrutinize. But I can’t help feeling bad about it.

Applying for a visa can sometimes be a humiliating experience.

What I don’t understand is how mean the process is carried out sometimes. In one of my visa applications, I had to show up at the embassy for interview. If you’ve never been to a consular center before, let me describe it for you. It’s basically a room with counter windows. On one side are the officers, and on the other is the area where applicants wait for their turn. One time, I was seated a few meters from the windows when my number was called. I immediately rose from my chair and walked towards the counter, but because the room was so packed, it took several seconds. When I got to the counter, the interviewer said on the microphone — ON THE MICROPHONE — “I called your name three times. Why would you allow me to call your name three times?” All I could do was apologize and secretly blamed myself for not teleporting.

Normally I would talk back and call out anyone who is condescending, irrational, or simply out-of-line. But I couldn’t. If I wanted my application to be approved, I would have to bite my tongue.

And it wasn’t just me. Almost everyone before me (since I entered the room) was scolded or reprimanded on the microphone for the littlest things. It’s not what they say; it’s how they say it. Rudely. Arrogantly. Condescendingly. It’s stressful, uncalled for, and totally unnecessary.

At another embassy, I approached the guard station only to find another applicant get power tripped by the guard on duty. Here’s the backstory: Before going in, he had to surrender an ID card and receive a building ID that he needed to wear within the premises. Typical protocol, no problem. But after his interview, he went straight to the door and forgot to claim his ID. He immediately realized the mistake as he was walking out so he turned around and approached the desk to return the building ID and get his card. That’s when he received a mouthful from the guard. “Why did you exit without returning the iD?” the guard asked in a very confrontational tone, in front of a dozen other people falling in line. The guy didn’t answer.

“Answer me!” the guard demanded.

“You just forgot? You’re a grown up! Who would forget his ID?”

“I remembered that’s why I returned.”

Again, I’m not sure why it’s necessary to humiliate someone. You know what’s sadder? The person who does the humiliation is, more often than not, a Filipino too.

It’s seldom that the visa application is pleasant and easy. (Shoutout to the Korean Embassy for always being so nice every time back when the agencies were not yet in the picture.)

Thankfully, even when I witnessed things like this, I was never denied a visa, partly because before I started going to countries that require it, I had traveled to visa-free countries to beef up my travel history. Partly because I have the financial documents; I registered myself as a sole proprietor so I would have the business registration documents and income tax returns.

And partly because I’m male. That’s a privilege that I have to acknowledge.

If I were a single female, it would probably be a different story. A lot of friends from different socio-economic backgrounds had been denied a visa, and they only had two things in common: They are all single and female. Whether they admit it or not, the system is prejudiced against women, many of whom are automatically assumed to be having motives other than tourism.

I’m still privileged at the end of the day. At least, I still get to travel. My heart goes to people who have it worse.

Going through Immigration is just as tough for many. 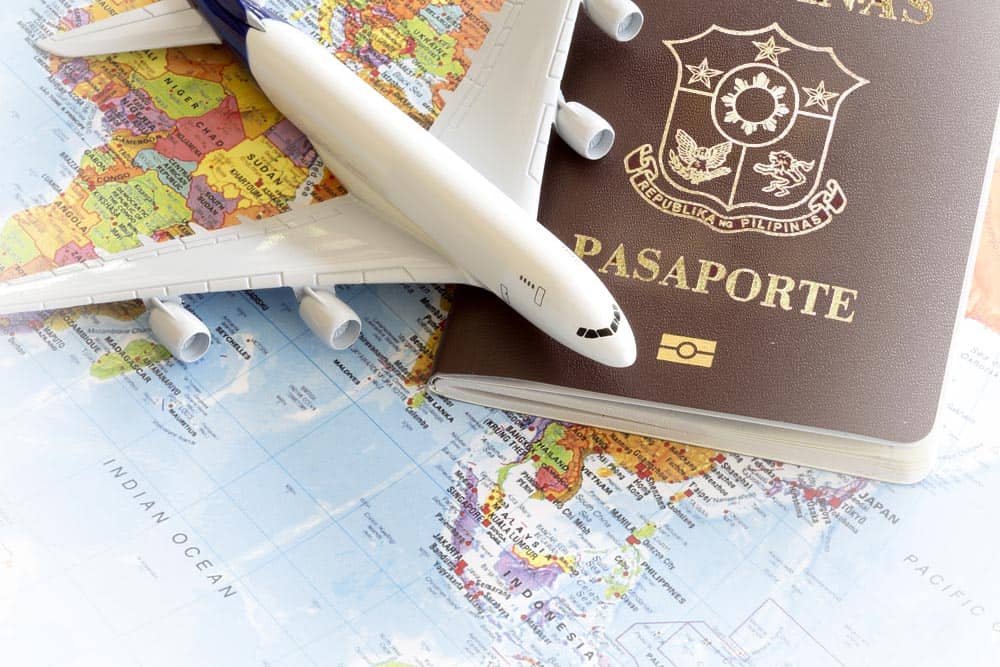 Having a valid visa doesn’t mean we can easily board that plane. Every time we face an Immigration Officer of our own country, we need to convince them that we’re not drug mules or potential illegal workers. Again, I understand the need for stringent rules. They need to protect us from falling victim to drug trafficking, human trafficking, slavery, and other crimes.

According to the Bureau of Immigration in 2014, around 40 people are offloaded at NAIA Terminal 1 alone every day. Most of them had the intention of seeking employment in their destination country without proper papers. Yet, 3-4 in every 50 people who get offloaded actually had legitimate reasons but were still not allowed to leave. Collateral damage, they say.

You want real-life accounts? All you need to do is read the comments on our How to Avoid Getting Offloaded post and you’ll be saddened by many of their stories.

Our hard work seems to be worth less.

When a Korean expat-friend learned how much most people my age was earning, he was shocked. “I don’t understand,” he said. “The prices here are almost the same as where I’m from, but why are your wages much lower? How do you get by?”

I didn’t know either. Looking back, I can’t believe how I survived. For my first writing job, I received PHP 14,000 per month. That’s roughly USD 295 per month. Minus taxes and benefits, that’s around USD 265. I also had to pay rent, bills, and meals, and buy milk for my nephew. No wonder I could not afford to go out of town in those years. Yet, I’m considered lucky because many entry-level positions pay much less.

If I go back to my first job now, someone in a developed country doing the same job as mine would get compensated enough to last him much longer on the road than I would even if we visit the same destinations and spend on the same things.

Of course, my life has improved financially since then. I had climbed the corporate ladder from the very bottom and built a portfolio strong enough to quit my full-time job and be on my own. Still, since most of my clients are local, my earnings still seem to still be widely insufficient if I travel long-term to developed countries because of the big gap in the cost of living and exchange rate.

During those years, I dreamed of traveling for good or at least extended periods of time. Sometimes, the thought of selling my properties to be able to support that dream financially would come to mind. But the thought would die as soon as it came to life. Not only would they account for very little, I would also have a harder time proving my “rootedness” should I apply for a visa. LOL.

But that’s how it is. It’s just something that I have learned to swallow. Different countries, different costs of living, different salary standards. Sometimes it isn’t about merit but where you are born. Yet, it shouldn’t stop us from going places. I’m a firm believer of that old saying, “If there’s a will, there’s a way.” We just try to find a way to work around it, use it as a motivation and not an excuse, and accept that, yes, it is not fair, but life in general rarely is.

Still, I envy other travelers sometimes.