If you’re visiting Paris, Barcelona, Berlin, Rome, Milan, Istanbul, Moscow, Athens, Prague or any other big city in Europe, you might want to keep an eye on your belongings. Some pickpockets use creative ways to steal your valuables. Here are 8 modi operandi they often use.

Europe is home to some of the most visited destinations in the world, and it’s not difficult to see why. From the architecture of its big cities to the rustic charm of its countrysides to its delectable cuisines, there’s a lot to explore and enjoy in this sub-continent. Europe is also generally safe. Violent crimes are relatively low compared to other parts of the world.

But there’s one thing that tourists need to be vigilant of when they are in big cities in Europe — pickpockets. Most are non-violent, but they can still ruin your holiday big time, especially if you saved a lot for it. Yes, pickpocketing is a common problem in most touristy destinations around the world. But pickpockets in Europe are remarkable for one thing — creativity.

They employ various tactics to steal in order to avoid getting caught. Often, victims don’t realize they have been robbed until it’s way too late to do anything about it. Pickpockets in Europe usually operate in groups. One is the actual pickpocket, another serves as a lookout or hides the item, while the rest block your view, rattle you, or keep your attention away from your valuables.

In this article, we’re sharing with you some of the common tricks that these thieves use, so you won’t fall for them.

1. The door of the train gets stuck.

Let’s start with this because this is something we have experienced first hand. The metro is a hotspot for pickpockets because it’s often crowded and full of clueless tourists. They also use the metro’s environment to their advantage.

When we arrived in Athens, we took the metro from the airport to the city center. We’re obviously tourists. Hello! We’re Asians with luggage in tow. When we transferred to another line, a group of men boarded the train with us. They positioned themselves by the door. When we reached our station, the door suddenly malfunctioned as we were exiting. It won’t open. Vins, who is one of the most cautious people I know, panicked and helped opening the door. Just when the train was leaving, the door magically opened and Vins got out. It was only when the train had gone when Vins realized that someone stole his phone.

After the incident, we found out that a lot of other tourists have fallen victim to this.

Another thing, on a crowded train, if you’re standing by the door, hold your valuables tight. In some cities, someone might just snatch them just as the door is closing.

2. Someone starts a fight or a commotion.

Thieves thrive on commotions. They use it as a tool to distract. While your first impulse might be to watch whatever is happening, someone might be planning on emptying your pockets or your purse.

If you see two people fighting especially on the metro, watch your valuables. They might be accomplices trying to keep your attention. This can be a physical fight or just a very loud argument.

Sometimes, it’s not fight but just a random person or persons singing loudly. This happened to a friend. A group of rowdy girls began singing obstreperously. She didn’t realize that while she was distracted, someone has already ran away with her phone.

You know the saying, “No good deed goes unpunished”? That’s what pickpockets trying to pull off this trick are counting on.

There are cases when the victim sees someone passing out. This can be at a metro station or a touristy site. As human beings, our instinct is to help. And that’s good! But before you do, take a step back and secure your belongings because this might be a ruse to make you let your guard down. Some pickpockets pretend to pass out only to take advantage of kind souls.

4. Someone spills something on your shirt.

This is pretty common in many other parts of the world including Europe. Someone will “accidentally” spill something on your shirt or jacket. It can be ketchup, mustard or ice cream. The perpetrator will either help you clean up while apologizing, but they’re also stealing your wallet or phone.

In some cases, the perpetrator will not help you at all. While your focus is on cleaning up, another person will fish your valuables out of your pocket or bag.

This scam is very common in big cities like Paris, Rome and Berlin. Someone pretending to be deaf-mute will approach you and ask you to sign a petition. Because you’re a kind soul, you oblige. In most cases, the perp will suddenly ask for a donation and will fester you until you give them 20 euro.

But in some cases, the petition is just a distraction. This petition is usually on a clipboard, which can easily be used to block your view of your bag or pocket. While you sign, they or someone else is trying to get their hands on your phone or wallet.

6. Someone gets too friendly.

In a Facebook post, a Pinoy tourist shared his experience in Moscow. While he was sightseeing, a group of female tourists asked him to take a group photo of them. Because they were also tourists, he obliged. The girls introduced themselves, where they were from, and they had a friendly conversation. Before leaving, they asked if they could take a selfie with him. What he didn’t realize while he was posing for the camera, one of the girls was trying to take out valuables from his bag. He even caught it in pictures!

In Paris, a friend of mine was approached by a friendly local who offered to help them find their destination. He didn’t steal from her but he suddenly charged her for “helping” and would not accept small payment.

Online you’ll find accounts from tourists who got approached by over-friendly strangers. Sometimes, they’re locals eager to help you or other tourists asking a favor. In many cases, they’re pickpockets about to steal something from you or leading you to a trap, where you’ll be forced to buy something at an astronomical price, make a big donation, or steal your credit card details.

It’s okay to be friendly, but don’t let your guard down.

7. Someone starts getting cozy with you.

This one is widely documented by Scam City, a Nat Geo show. These pickpockets are often women targeting drunk or tipsy men. They will flirt with them and get touchy. Because the victims are often drunk, they don’t have presence of mind. They won’t realize that something valuable is missing until it’s too late.

In some cases, the perps will invite you to a club, where you will be overcharged or where your credit card details will be stolen.

8. At a restaurant, someone approaches you. 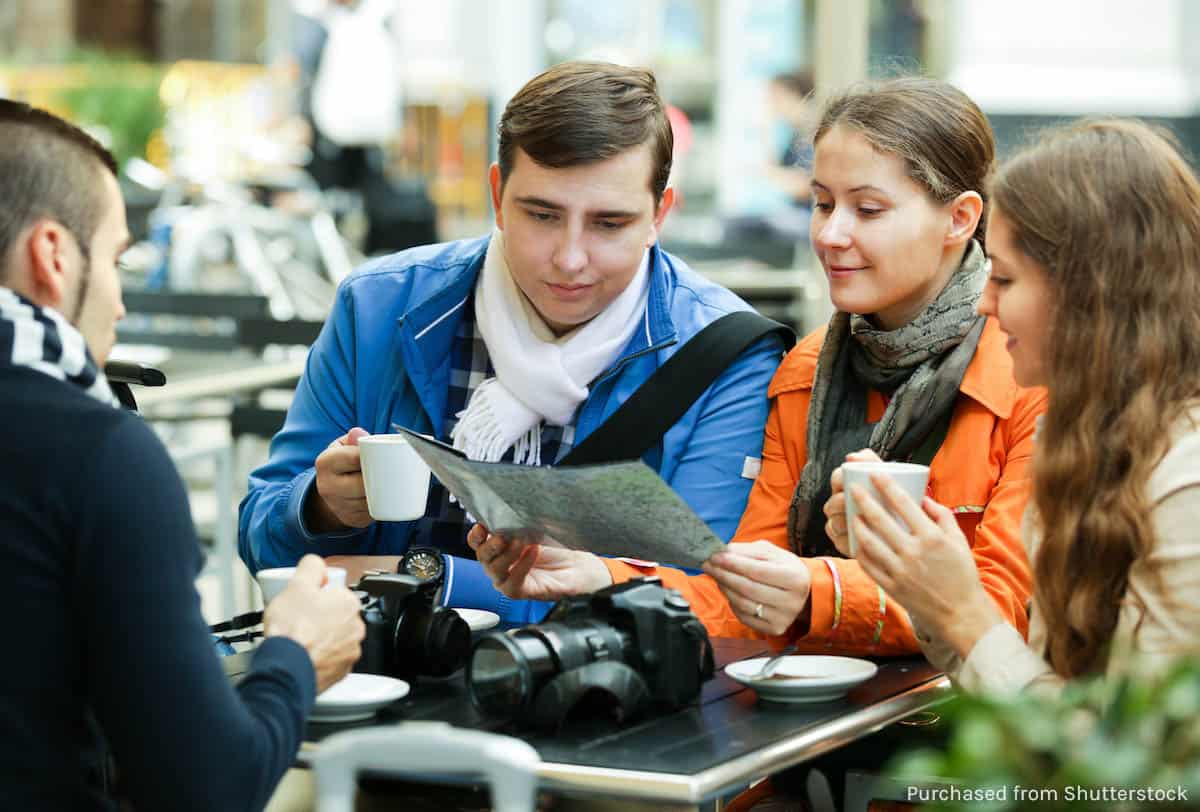 This happened to another friend, also a travel blogger. Some restaurants have outdoor seating, right? In many European cities, it’s nice to eat outside because not only do you enjoy the food, you also take in the view and the air. But you’re also attracting scammers this way.

Most tourists feel complacent when eating. They place their phone or wallet on the table. If someone approaches you while you’re dining outside, keep your guards up. In many cases, the pickpocket pretends to be another tourist asking for directions. They will place a map on your table and you will try to help. Once they’re gone, you’ll realize that the phone on your table is missing.

You see, the map is a prop. While the scammer’s one hand is on the map, the other is under it, trying to grab your phone. You don’t realize it because the map is blocking your view.

Sometimes, it’s not a tourist with a map. In some cases, it’s a local selling newspaper or asking you to sign a petition. Both the newspaper and the clipboard serve the same purpose: block your view so you don’t notice that they’re taking your phone off the table.

Note that this article does not intend to paint Europe as an unsafe or dangerous place. We only aim to make our readers aware of these cons before their trip.

If you want to learn more about the scams that are common in Europe, READ: TOP 15 SCAMS IN EUROPE!