When the Poor Traveler and his poor friends were planning a cheap trip to the Ilocandia, we weren’t expecting much. We just wanted to see three things — Vigan, Pagudpud and the Bangui Windmills. We hired a budget travel agency to take us on a road trip to Ilocos for only P3,300 per person and we had no idea what was in store for us. Thus, we were really surprised that the Ilocos Region had so much beautiful places to offer to tourists. One of these places was the Bantay Church and Belfry.

After more than 8 hours on the road from Manila and about four wee-wee breaks throughout the night, we woke up to a magnificent view of a church and belfry in Bantay, Ilocos Sur. The Poor Traveler and his poor friends did not know about this place at all and had never heard of it before. But damn was it pretty. 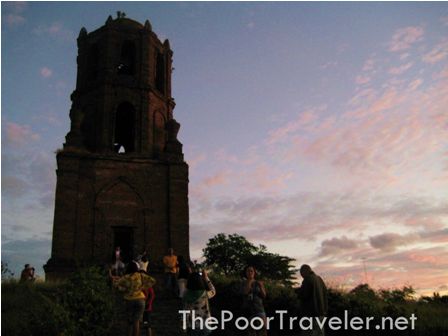 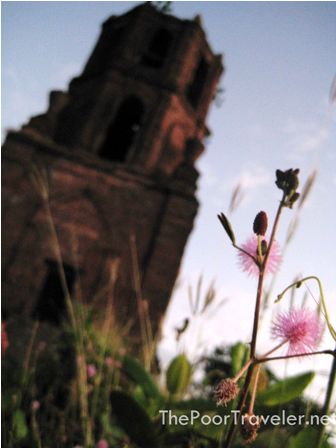 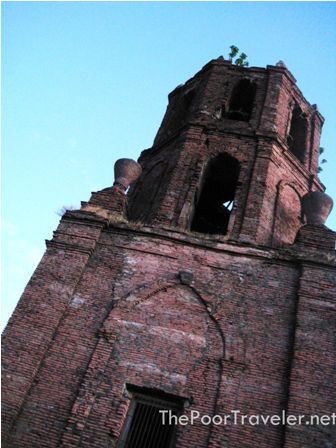 Apparently, the name of the church was Saint Augustine Parish Church, also known as the Shrine of Our Lady of Charity or simply Bantay Church.

It was around 5:30 am and the sun was just starting to rise. There was an ongoing mass that time but we chose not to attend it due to time constraints. Instead, we proceeded straight to the Belfry several meters away from the Church and take a closer look. There were numerous steps up the bell tower but it was an easy climb. We decided to stay at the base of the tower to witness the sun rise. It was a marvelous view. 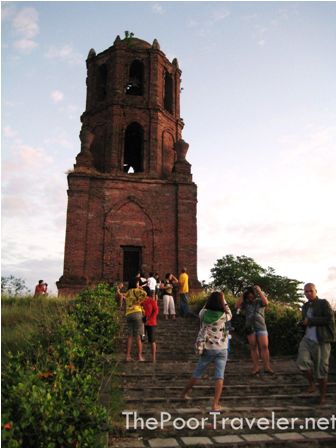 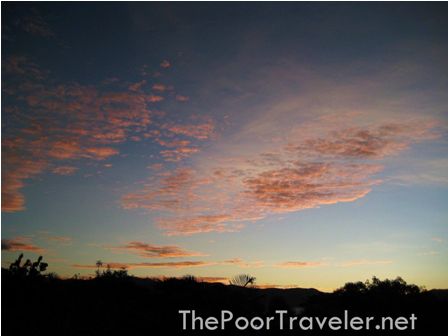 Here’s a bit of history of this tourist destination in Bantay, Ilocos Sur.

HISTORY OF BANTAY CHURCH AND BELFRY

The St. Augustine Parish Church in Bantay, Ilocos Sur is one of the oldest churches in the region. It was constructed in 1590 under the term of Parish Priest Montoya, OSA. The church was named after St. Augustine, who was the patron saint by the Augustinian friars. 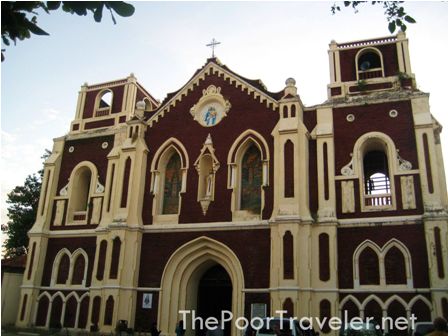 The site of the church was historic in itself as it was the scene of fighting in one uprising led by national hero Diego Silang in 1763.

Some time during the World War II, the church was heavily damaged but was rebuilt in 1950. After the restoration, the facade’s design became neo-Gothic with some pseudo-Romanesque elements.

THE SHRINE OF OUR LADY OF CHARITY

Legend has it that the image of Our Lady of Charity was found my some local fishermen. It was in a wooden box which was floating on Bantagay River. 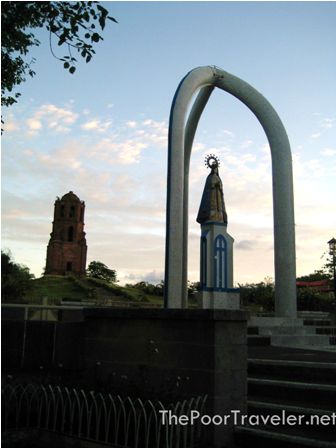 According to legend, the image could only be carried by the residents of Bantay. People from other towns and municipalities would come to the site and try to carry the image but the image would prove immovable when the person trying to carry it was not from Bantay.

On January 12, 1956, Bantay Church became a shrine of Our Lady of Charity when the miraculous image was crowned as the patroness of Ilocandia by the Most Reverend Msgr Vagnozzi, the Papal Nuncio to the Philippines at the time.

hi how can we avail of Php3,300 Ilocos Road Trip package and what are the inclusions?

Hi Rowi, you can try the following:

I was baptized in this historic church a year after I was born. That day of christening was an Easter Sunday.

I’m from Ilocos Sur and I see this almost every day I go to school. You guys should visit it. You can even see the setting of Panday(FPJ version) there.

been there in the late 70’s. the St. Augustine Parish Church is truly an amazing work of art. its baroque style is simply marvelous.

@VA I rather be here…visiting and go to the near beach.

we’ve been there a week ago,,,, not only this church is stunning… all other churches and places in ilocos region are magnificent..

I’ll be visiting ilocos sur next week. I will surely visit the church.

it’s nice here..i visited ilocos sur and norte…so many historical places that ilocos could be proud of

I fell in love with Ilocos the first time I went there..I’ve been to this place too and looking forwaRD to visiting again…nice pics..^-^

I am from Vigan but I haven’t been to Bantay Church. Thanks for the info.

My friend from Vigan brought me to Bantay tower late afternoon. He said
that is the best time to visit the tower. We spend some time watching
the sun goes down and the view from the tower was really awesome. Its
worth the visit and the expensive Kalesa fare.