After camwhoring at Bantay Church, the Poor Traveler and his poor group decided to have breakfast that early. We headed to Bantay’s neighbor city Vigan, capital of Ilocos Sur, for breakfast. 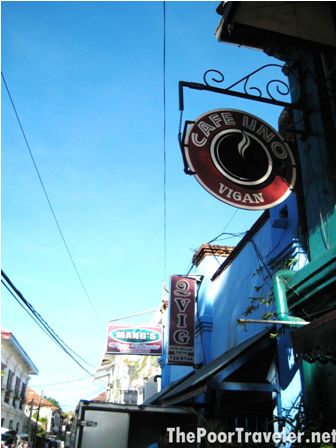 It was past 6am when we stopped in front of Cafe Uno in Vigan for breakfast. Cafe Uno is just a few steps away from the famed Calle Crisologo and stands just beside Grandpa’s Inn. Same owner, I guess. 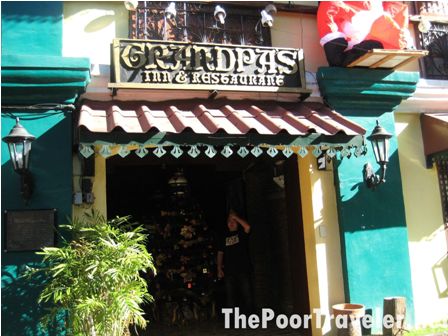 We thought we would be the only people there because it was early but we were wrong — so wrong. The place was small; in fact, its main bar can only accommodate around 20 people. It was jam-packed! Probably because this small restaurant is one of the most popular in the city, if not the region, and tourists who are on a road trip or arranged tours like us would really prefer to have a taste of what this resto has to offer.

We were lucky to have found a vacant table at the far end of the restaurant. After being handed the menu, we took some time to order. Some of us ordered Vigan longganisa while we, Tapa Ilokano. 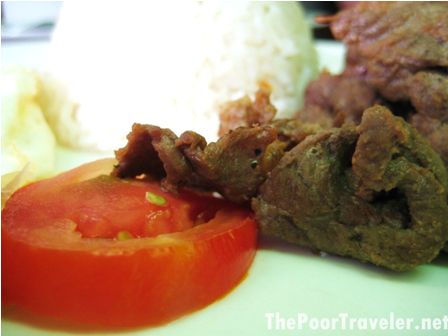 A breakfast meal at Cafe Uno costs PhP95 (US$2). Pretty cheap yeah. Here’s a complete list of the breakfast meals they serve (lifted off of their menu). And they come with rice, egg and coffee or tea.

They also serve light breakfasts for kids for the same price (PhP95).

@Anonymous, thanks for pointing that out. It was a typo error. Thanks. :D

Can you I ask for the contact info of the tour company you availed this tour from? Thanks! Love your blog.

ive been there in grandpa’s inn i love the place and the food there sarap ng bagnet …. love to go back there… try to taste there meal you love it too… GOD BLESS