Next in our itinerary was the Paoay Church. I must say, I had very high expectations. It was one of the places that I was really looking forward to visiting in this trip. I’d seen hundreds of pictures of this UNESCO World Heritage Site and each one of them blew me away. But boy, none of those pictures did justice to the immense beauty of this ancient religious site! 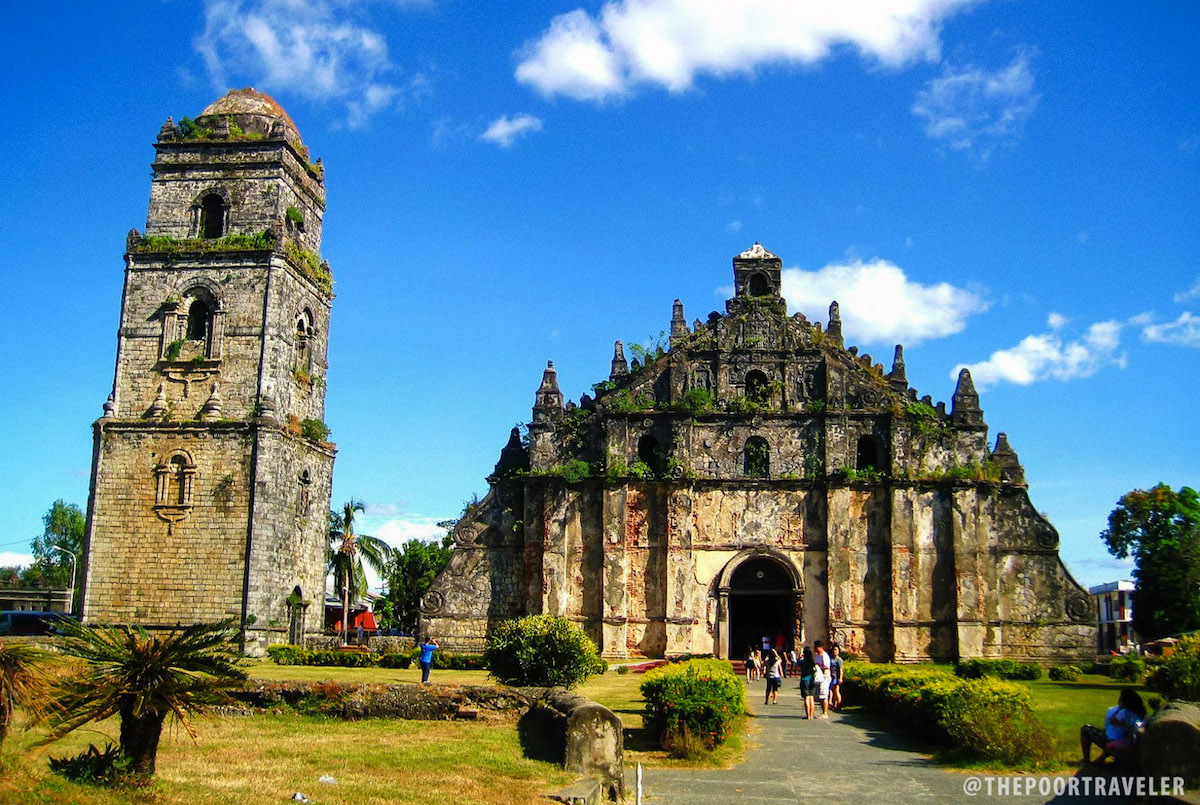 Well, the Poor Traveler isn’t a very religious individual but I really dig history and appreciate beauty. This church is beyond beautiful. It’s beyond magnificent. Its grandeur cannot be contained in pictures or described with words. It’s just impossible.

The first thing we did was take pictures, of course. It was past 3pm and the sun was at its cruelest so we had to find some shade and get some rest even for a minute. We sat under a tree near the facade of this structure. There we were, sitting before this awesome church which felt like an old underwater castle. We were just in awe.

We found an “ice scramble” booth just beside the church and we had some. After all, the sun was really killing us. It was my first time to eat ice scramble again since Grade School. Good times, good times.

Moments later, we were walking around the church and continued taking pictures. Here are a few of them: 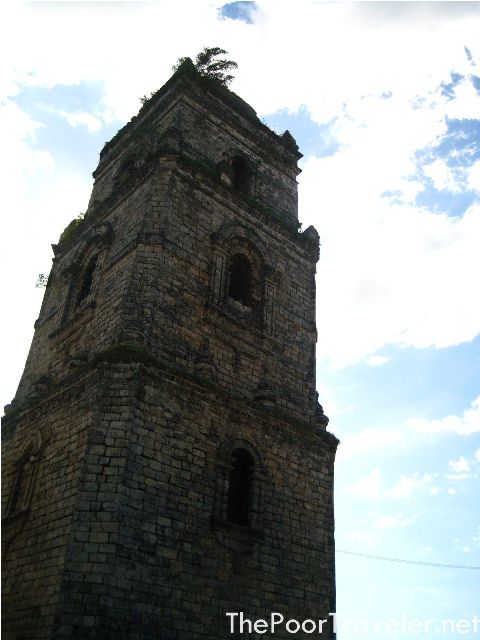 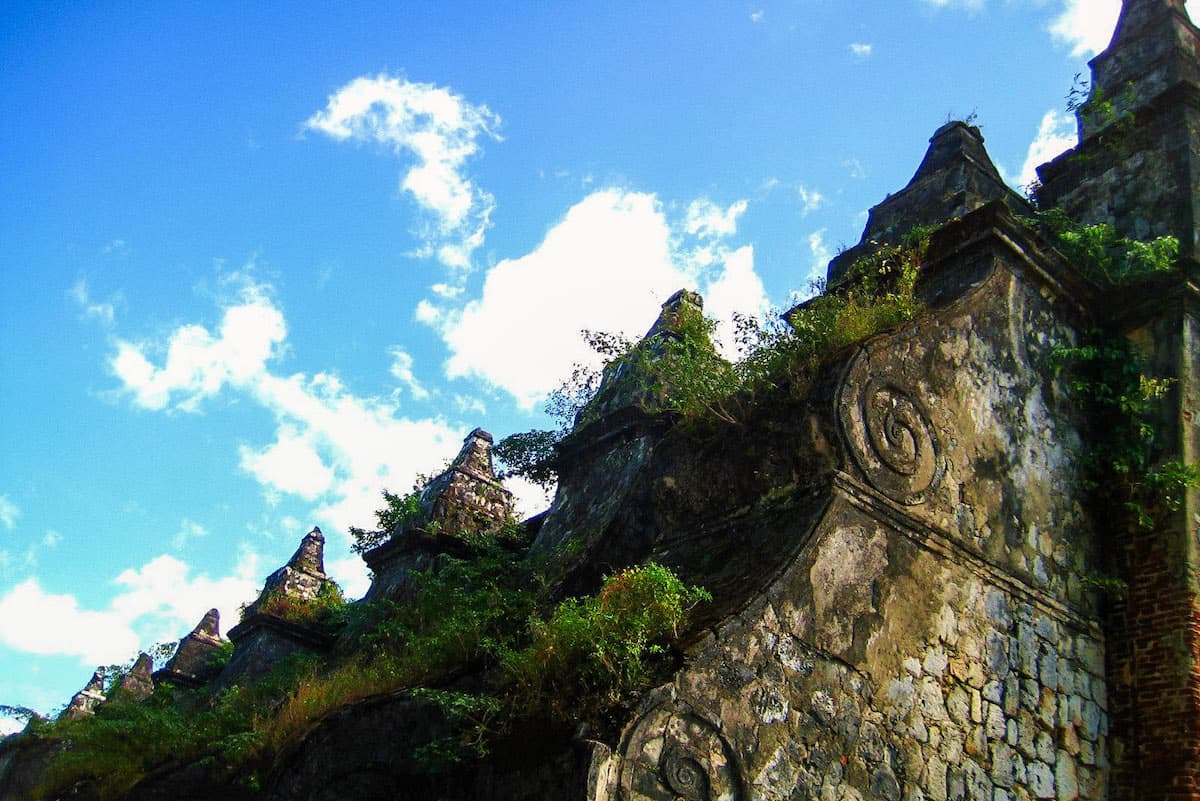 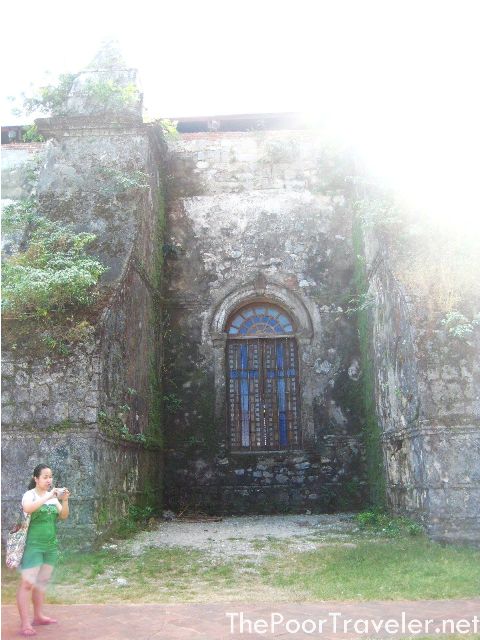 ARCHITECTURE AND HISTORY OF PAOAY CHURCH

Also known as the St. Augustine Church, the Paoay Church was started to be constructed in 1694 by the Augustinian friars but it was only in 1894 when it was finally completed. Fr. Antonio Estavillo led the completion of this project.

The architecture of this church is a healthy mixture of Gothic and Baroque designs with some Oriental elements in it. Its facade is somewhat Gothic but the gables are quite Chinese. The niches topping the walls make you think of Indonesia’s Borobudur Temple, revealing some Javanese influence.

One of the best parts of the church is its three-storey bell tower made of coral stone. Standing a couple of meters from the church, this belfry served as one of the observations posts for the Katipuneros in 1896 in the height of the Philippine Revolt against Spain. During the World War II, it was again used as an observation post by the Filipino guerillas.

Some parts of the church were heavily damaged during the earthquakes in 1885 and 1865. Again and again, it was restored.

In 2000, an excavation inside Paoay Church revealed a prehistoric human skeleton and some fragmented ceramics. They are now being exhibited at the National Museum.

nice pixs… what travel agency u contact from this trip?

I was just wondering, how long did it take you to travel from vigan to paoay? We’re planning on heading there ourselves for next weekend and tips and information from your blog has helped us plan some parts of our trip already. Hoping for your feedback.

BTW, your site’s really amazing and informative. Keep up the good work!

Nice place though there’s an on-going construction with scaffolding in front of the church.

I was just there last weekend! It was beautiful.

Proud heritage of a rich part of world history.

This is not gothic, its more like buddhist architecture.

i really really like Paoay church. been there last year <3

i’ve been there last Feb 29 it’s under restoration. :)

i’ll be there this holy week…

was there about 10 yrs ago…..need to go again so my kids can see it!

Been there last year when I was 2 months pregnant :) breathtaking..

hope to see this in our April Laoag trip…