I don’t usually dine at the airport. I have always had this notion that airport food is ridiculously overpriced. I usually eat first at home or at a cheap restaurant near the hotel before going to the airport to save money. The group crossed over to the Departure Check-in Hall and headed to a restaurant on the third floor. When I saw the restaurant, I was kind of disappointed coz I was hoping for a Southeast Asian dinner — not Japanese, not Western — and the faux pasta bowls on the walls were not a good sign. But the dinner would prove to be satisfying!

The restaurant was Pasta de Waraku. This Japanese Fusion restaurant at Changi Airport is one of the several Waraku restaurants throughout Asia: Singapore, Hong Kong, Indonesia and Malaysia. After finding seats, we were handed the Dinner Special menu and placed our orders. A set meal costs S$24.80 and it comes with complimentary soup and salad. There are four steps: 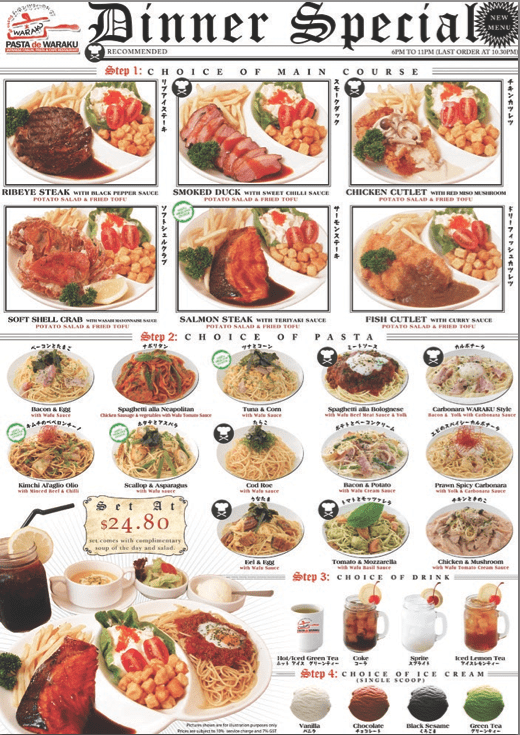 Step 1: Choose a main course. There are six options:

It was a toss between the Soft Shell Crab and the Ribeye Steak for me. I really wanted to have steak that night but I was tremendously curious of what the crab tasted like. When my friend-blogger who was sitting next to me ordered steak, I decided to satisfy my curiosity and went for the crab. By the way, each main course comes with potato salad and fried tofu.

Step 2: Choose a pasta. There are 13 choices! It was probably the most difficult part. The menu displays really appetizing photos and they made it harder for us to choose. Some of the more interesting dishes are Tomato and Mozzarella, Kimchi Afaglio Oilo, Scallop and Asparagus, Tuna and Corn, Prawn Spicy Carbonara and Carbonara Waraku Style. My choice was the most generic of all — Spaghetti alla Bolognese.

Step 3: Choose a drink. There are only four choices. Green tea (hot or iced), Coke, Sprite, and Iced Lemon Tea.

While our orders were being prepared, soup and salad were served. But you know us bloggers, we just had to take pictures of our meals first! After a short snap-snap session, we officially started dinner! 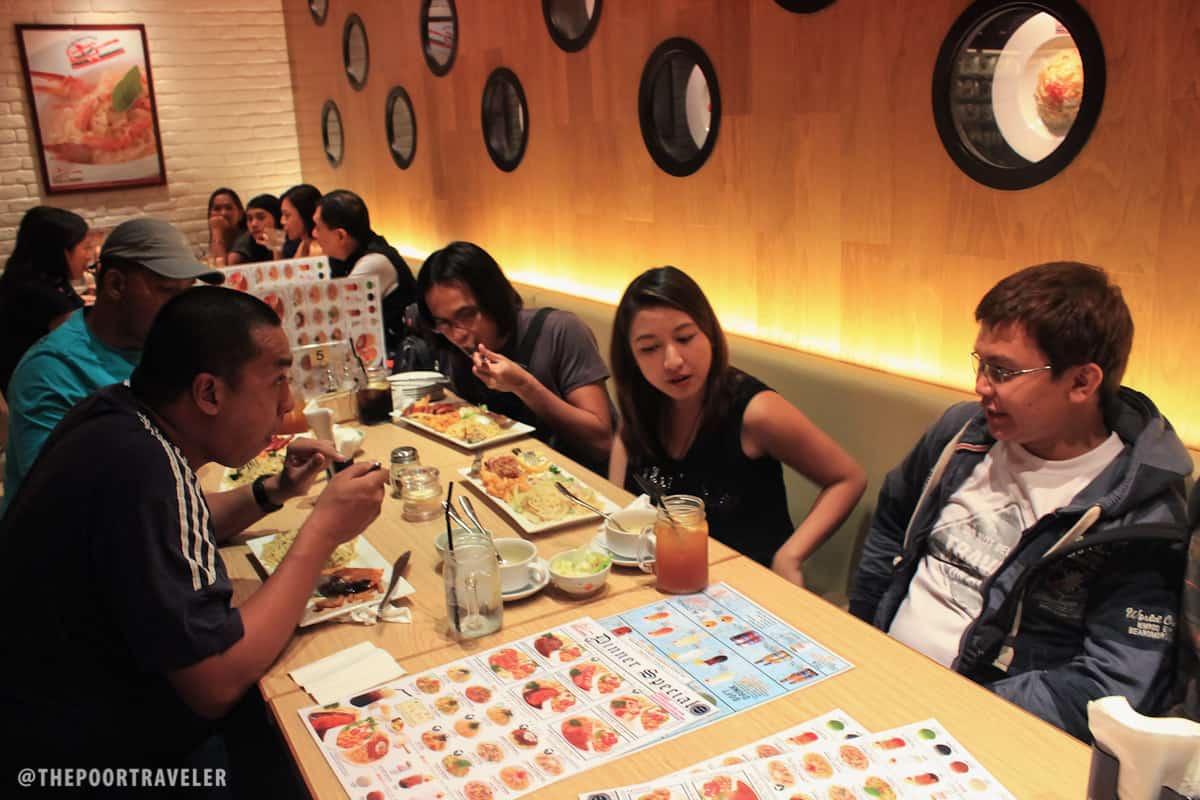 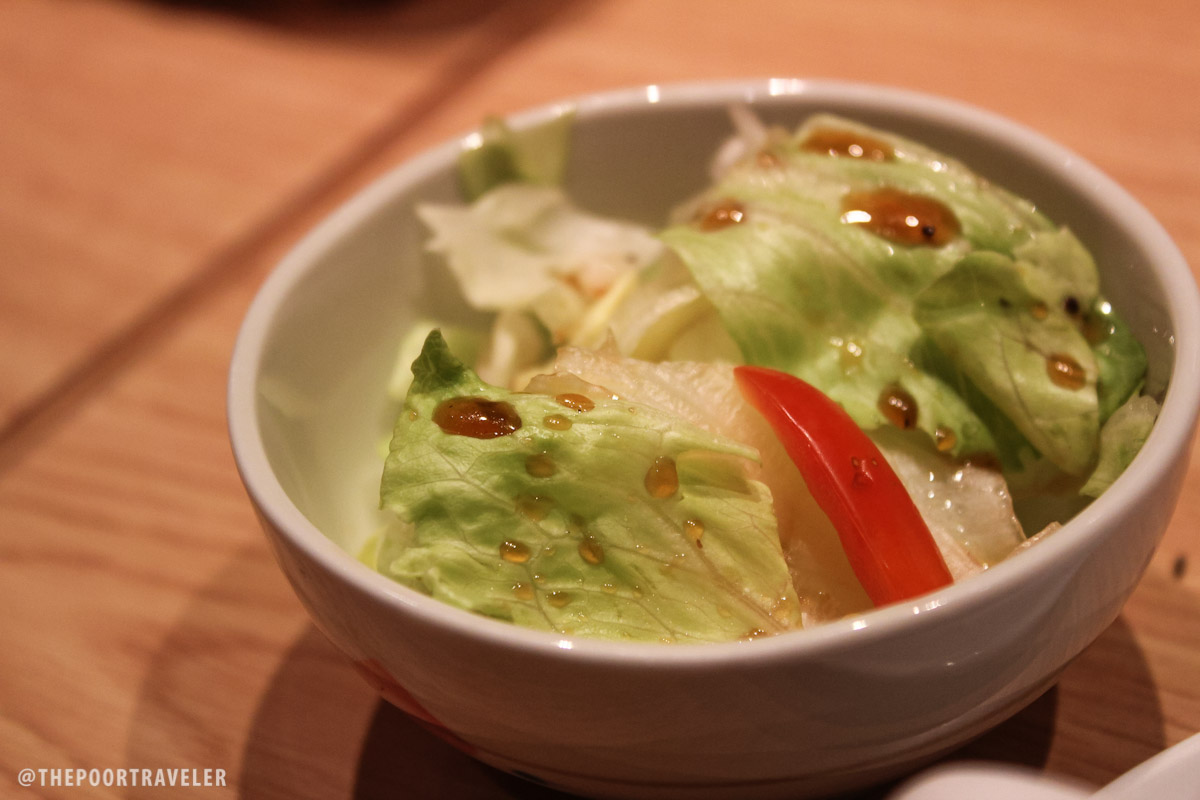 After several minutes, our main courses were served and we were just so excited to dig in. My seat mate’s order came before mine. He allowed me to try the Steak and it was lovely. It was medium rare, which made it more appealing to me. I wanted to eat the whole steak but I realized it wasn’t mine. LOL. 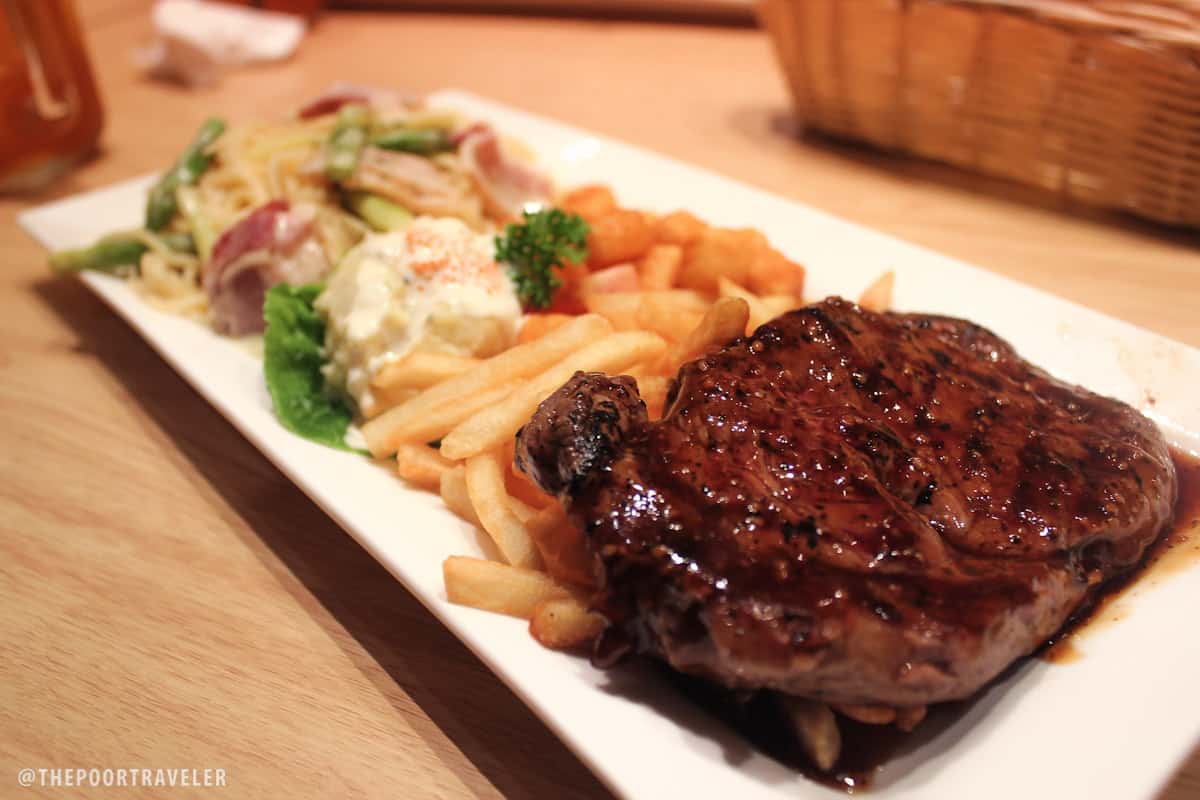 When my Soft Shell Crabs arrived, I was already starved but seeing that there were two crabs (more than I expected), I began to kiss hunger goodbye. The crabs were deep-fried, I think. (If not, then they looked like it.) It was very tasty but I realized the serving was too big for me. I only finished one. 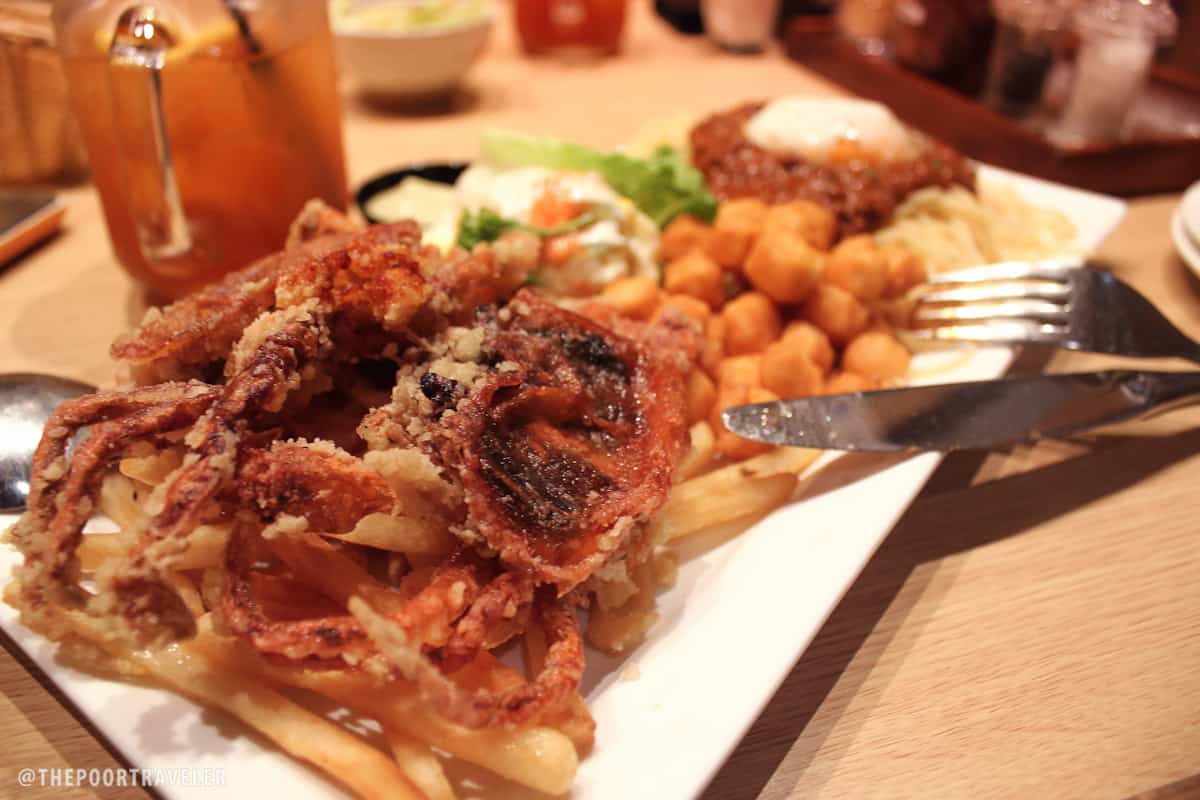 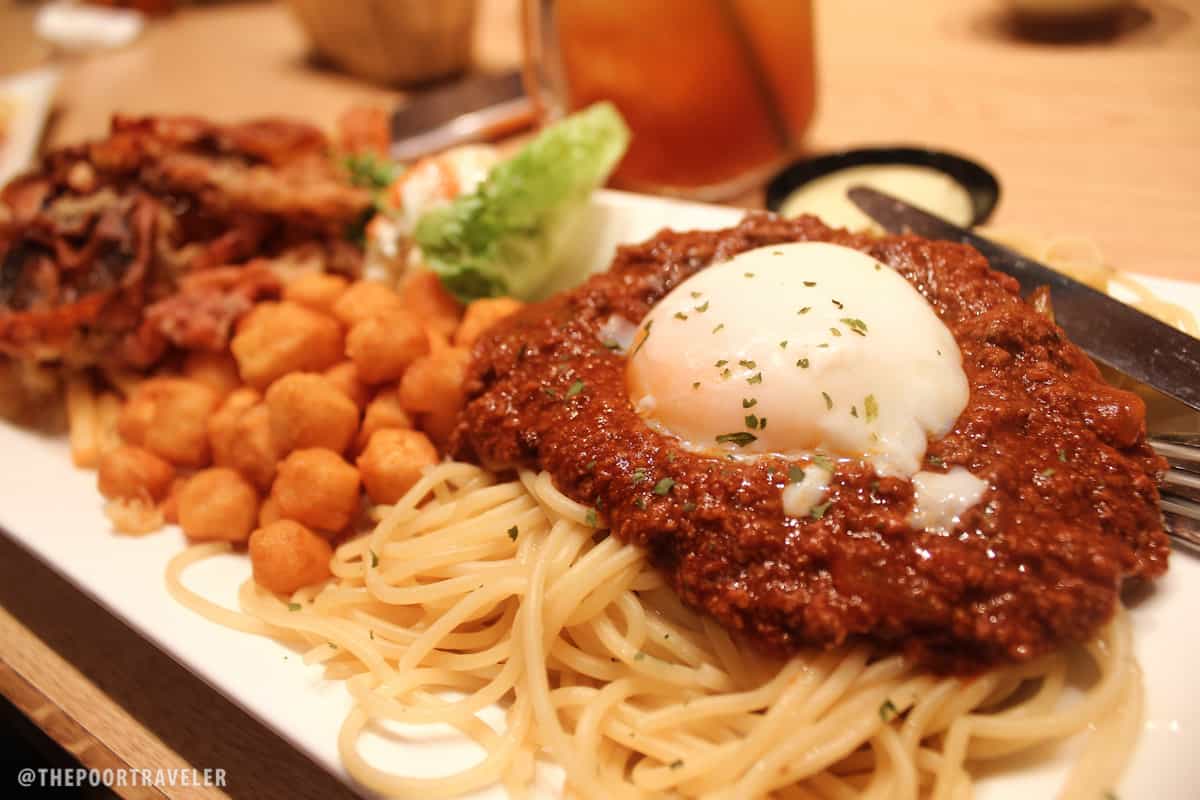 Spaghetti alla Bolognese: The pasta was firm and the sauce was very meaty. The half-cooked egg on top of it made it weird at first, but I loved the combination of the yolk and the meat sauce. It tasted odd but yummy.

To me the biggest surprise was the fried tofu. The little tofu cubes lay inconspicuously in one corner of the plate but they were crisp on the outside but exploded in the mouth as they were really soft inside.

Overall, it was a pleasant experience. I loved that the serving was humongous. I could not finish mine. I had always considered myself a glutton but the size of the serving at Pasta de Waraku was too much for me. It’s perfect for travelers with big appetite.

Note: This is not included in the regular Fly and Sail AdvenTour that Airphil Express offers. I’m just sharing all the activities we did and places we visited while on this tour.