On the way to Koronadal City, we made a brief stop at the DOLE Kalsangi Club House in Polomolok, South Cotabato. After a “pine” lunch (composed of Pinoy dishes with pineapples), we had a chance to explore some parts of the vast plantation that carpets the plain at the base of Mt. Matutum. 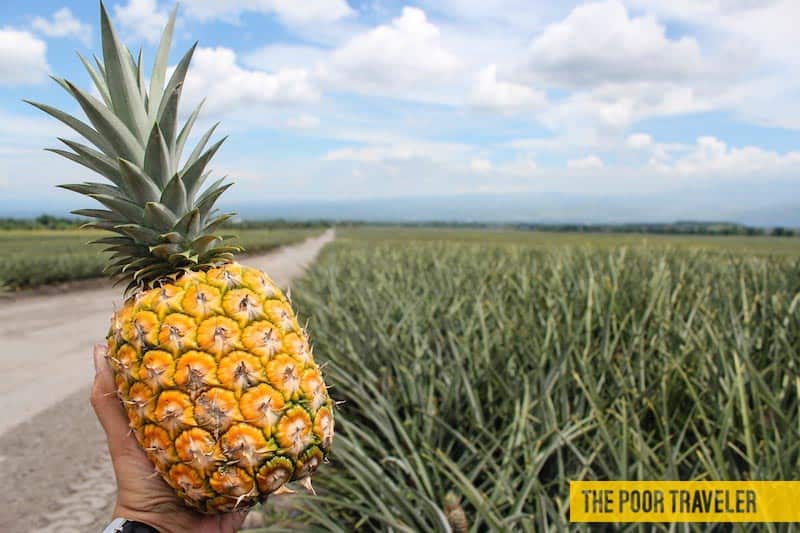 The town’s progress had been dragging its feet until December 1963 when Dole Philippines was inaugurated and became its largest industrial firm. According to my bestfriend Wikipedia, “As of 2004, the area planted to pineapple is 15,507.872 hectares with an average production volume of 31.94 metric tons per hectare. This industry, which is situated at Barangay Cannery Site, generates about 6,000 jobs at present.”

Polomolok is said to be the richest municipality in South Cotabato (and one of the richest in Mindanao), with DOLE Philippines being the biggest taxpayer.

My pleasure, Allena! I enjoyed my time in your hometown!