Do you remember your crush from High School? That girl who would sit next to you and walk away without saying a word? That guy who would text you a random greeting and then ignore your replies? That date who would tell you the sweetest things one moment and then make you feel unworthy the next? Batanes is that crush. They’re hard-to-get, a tease, and definitely a heartbreaker.

It takes more than drive to get to Batanes. It’s distant and has one hell of a temper. You’ll be facing the biggest storms if your timing is not right. But when you finally get to know them, they’re incredibly easy to fall in love with and hard to let go.

Here are 12 magnificent sites waiting for you in Batanes.

Mt. Iraya’s restlessness reached another peak in 400AD when it coughed out countless boulders into the surrounding beaches. Valugan Beach lies on the eastern foot of the volcano. The boulders are actually andesite rocks, which have been continuously polished by the tides and the waves.

Boulders disappear toward the southern end, where shingles and smaller pebbles fill the coast. But if you have swimming plans, forget it. It’s not going to happen here. The waves are wild, raging, and as angry as your boss that they are ready to toss unsuspecting swimmers straight onto the rocks. Strangely enough, it is a perfect spot to chill and simply watch the day go by.

This is the part where you would want to burst into song and, on top of your lungs, belt out a lyric about the hills being alive and all. And they are alive, indeed. The crumpled landscape creates layers of different shades of green, and amid them are cows and goats grazing and resting prettily.

The virid land fades out to the blues of the West Philippine Sea below, whose playful waves tickle the commanding cliffs. Their fresh breeze are carried by the wind, sometimes dangerously pushy. From here, the Naidi Lighthouse (Basco Lighthouse) can be easily seen, standing majestically as it prepares to welcome seafarers.

Racuh a Payaman is more popularly called Marlboro Country by tourists. Verdant rolling hills serve as the grazing and resting spots for our bovine friends and a marvelous viewpoint for tourists! Their edges take all the beating from the restless Pacific.

It is one of those places where you can just sit, relax, and wallow in the utter peace and beauty before you.

Or simply Tinyan Viewpoint. Like in Batan Island’s Marlboro Country (Racuh a Payaman), a foot trail takes visitors across rolling hills to a viewing area. Rocky cliffs rising from the slopes of the hills, creating natural frames for the fantastic vista of Chamantad Cove below.

But the visual spectacle did not stop there. The tricycle sped in between the supple beach and the mountain edges, presenting a showcase of more of Sabtang’s most incredible landscapes. Even when the skies were not in the mood for the sunshine, the island’s colors were enough to brighten up our day.

Mahatao’s old, non-functional lighthouse was constructed in 1700s near the San Carlos Borromeo Church, but the structure is often overlooked in favor of the town’s modern newcomer: Tayid Lighthouse. It is crested on a hill on Batan Island, topped with a red lantern room and roof, and bears a rubble masonry base and dwelling. The similarities stop there. Tayid faces the more mischievous Pacific Ocean, not the West Philippine Sea. Its main tower is hexagonal, not round.

The province’s most iconic structure, Basco Lighthouse is one of the only two in the island and three in the entire province. (The other two are in Mahatao and Sabtang.) The six-story tower stands mightily in the middle of Naidi Hills. Naidi comes from two Ivatan words: Na, meaning “past”; and Idi, meaning “settlement.” A viewing deck circled the fifth floor, providing a fantastic view of  the West Philippine Sea and the town proper.

Basco Lighthouse was erected in 2003 at the site of the town’s former lighthouse and American telegraph facilities, which were destroyed during the war.

The sea is tamer at Morong Beach, fringing the other side of the island. Also known as Nakabuang Beach, it is a short stretch bookmarked by low, grass-carpeted hills. Its most prominent feature is an arch, called Nakabuang Arch or Mahayaw Arch (you pick), that has become an icon of Sabtang and Batanes as a whole.

One narrow street weaves the small settlement, lined with sinadumparan stone houses. A tiny chapel and a house mark the end of the concrete road and the start of the sandy shore. Children in the street played a version of piko; those on the beach picked up sticks to help their parents. One corner lodged tataya boats, waiting for another fishing session. The sand here is far from fine but mixed with shingles and small pebbles. The waves, ferocious as usual.

The island of Itbayat poses a challenge for seafarers who try to land their boats. It has no beach, sandy or otherwise, only rocky cliffs. But the Ivatan ingenuity continues to impress. A number of men work together to make sure that every boat lands safely. More about that here.

How do you get off the boat onto the shore if there is no beach? Well, like this:

One of the most important sites is Torongan Cave, an ancient settlement ground and is believed to where the first Austronesians who arrived from Taiwan landed around 2000 BC.

Itbayat is the northernmost municipality in the Philippines and is said to enjoy four seasons.

The road cuts through a small hill, forming what they call Alapad Pass. A few meters from here rises a viewdeck that gives another stellar vista of the beaches on both sides. Massive rocks speck the surrounding waters, too. The ruins of the old USCG LORAN Station (Long Range Naval Station), set to be opened as a museum, are also within easy reach from here. The station was the center of what used to be Little America during the American era.

Unmanned and always open, the Honesty Shop is a sari-sari store and coffee shop that puts so much trust on its customers. You get what you want and drop your payment at designated boxes, a testament to the admirable values of the locals. In a province that boasts virtually ZERO crime rate, stealing is almost unheard of.

Homoron Blue Lagoon is also known as the Spaniards’ Lagoon (or Spanish Lagoon) because back in the Spanish era, only they were allowed to take a dip here. Today, of course, it is open to everyone who wants a refreshing time without battling the bullying waves that are present in almost every beach in Batanes.

Just a short walk away is the so-called White Beach, with gentler waves and shallower waters (compared to other beaches in the island).

Where to Stay in Batanes

Here are some of the top-rated properties on Agoda. 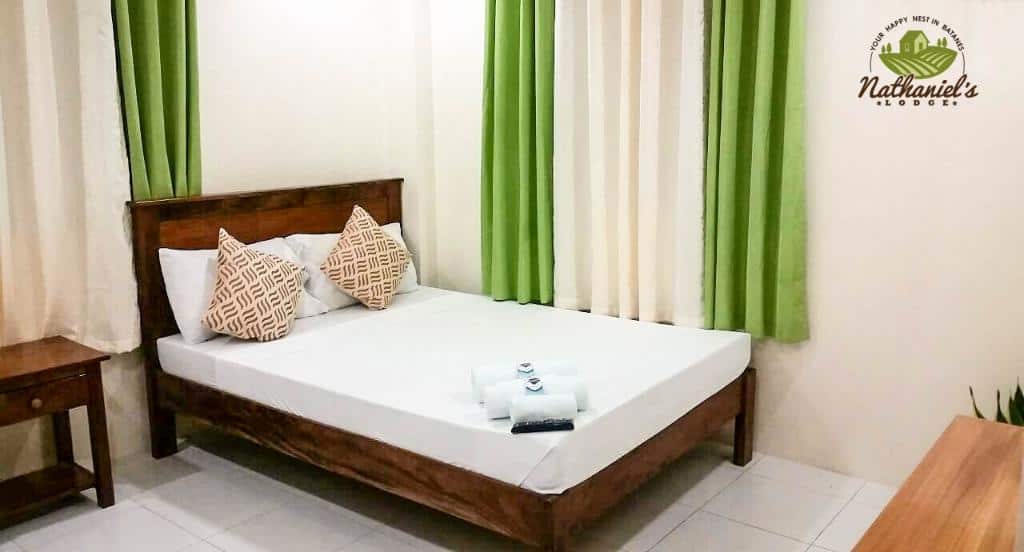 Batanes is beautiful! Love the concept of the Honesty Coffee Shop; first time to hear of something like that.

“It takes more than drive to get to Batanes. She’s distant and has one hell
of a temper. You’ll be facing the biggest storms if your timing is not
right. But when you finally get to know her, she’s incredibly easy to
fall in love with and hard to let go.” Whoah. I was just here to get some travel guidance, but I met a fellow poet instead! I really like your blog!