I was checking posts in my News Feed when I noticed that a lot of my friends shared this video from sunshorts2.com​, so I watched it. It made me really happy for two reasons: because the narrative was effective, and because its message advocates something that I care about.

That something I say I care about? Being insured. Vins and I didn’t quit our day jobs blindfolded. We knew it was a risky move financially, so we did everything we could to ensure stability. Before resigning to pursue a life of travel, we made sure our blogs are earning enough and that we have built an impressive portfolio to attract freelance clients should the need arise. We also made sure we had three things: savings, investments, and insurance.

Why insurance? Because I care about my family. I may be single, but I’m the one sending my niece and nephew to school. And I want them to have what I didn’t when I was a kid. I know how it feels to have almost nothing, to live in a house made of sawdust that can be blown away by the weakest storms, to collect used cooking oil from neighbors to add flavor to my rice. If it weren’t for my mom working tirelessly day and night, I wouldn’t be able to finish college, which eventually turned my life around.

I want an assurance that my family would still be okay in case something happens to me.

You see, travel isn’t all fun. Most people think full-time travelers spend all day by the beach, drinking mojito. That’s true at times (LOL), but what you don’t see on their glossy, heavily-filtered Instagram posts are the challenges along the way. Travel is unpredictable and sometimes dangerous. And as a responsible uncle, I have to prepare for all possible scenarios. Because, guess what, I became too close to danger a few times!

Here are some personal experiences that led me to an afternoon meeting with a financial advisor! I’m sharing these not to discourage you from traveling, but simply to show that travel is not all about passport stamps and rainbows.

1. That time I almost fell off a cliff

Mt. Melibingoy, South Cotabato. It rained that morning so the path to Lake Holon was a bit muddy and slippery. Back then, the place was not yet popular. The trail was littered with rocks that were covered in moss. I slipped multiple times, leaving me with scratches all over my arms and legs. But at one point, I was way ahead of the pack when I came across a giant log parallel the trail. I wanted to take photos from a higher vantage point so I climbed onto the log, which was covered by moss. I slipped again. I could have fallen either way: back to the trail to my right side or off the cliff to my left.

I GOT LUCKY. I was lucky I fell to my right because if I followed Beyonce and fell to the left, to the left, I’d be on the papers the next day!

Key takeaway: Buy proper footwear (LOL), don’t go climbing logs by the cliff, and get insured for the sake of your dependents.

2. That time I crashed my bike

The cheapest way to explore Siem Reap, Cambodia? By bike, of course. But I had one tiny problem: I didn’t know how to bike. Still, I rented one and taught myself to ride it the entire morning.

Past noon, I was ready! Or so I thought. I spent the entire afternoon biking around town! By nightfall I was already on the way back to the hotel. Just when I was about to celebrate that I survived the day without incident, I crashed and fell in the middle of the road at rush hour! Thankfully, the vehicle behind me stopped just in time!

The accident left me with two shallow but wide wounds on my left leg. But that wasn’t the hardest part. I was traveling alone, the wounds did not heal even when I moved on to Thailand, stopping me from doing more. Sayang!

Key takeaway: Don’t brave the crazy streets of Siem Reap if you just learned how to bike hours earlier. Haha. It’s obvious, I know, but I was brave and dumb. And get insured.

3. That time I went from Marrakech to May Sakit real quick

After two months of non-stop traveling in Japan, UAE, Turkey, and Morocco, it was time to head home and take a break. Many of those days, I was walking or running around with over 30 kilos of luggage on my back. It was pretty standard. I’m used to it. In fact, the whole trip wrapped up without any major incident.

But as soon as I got home, I felt a subtle pain in my tummy. I didn’t think much about it until the pain became so unbearable that I couldn’t move. The slightest movement would cause a lash of pain around my belly. My housemates brought me to the hospital, where multiple surgeons conducted tests but they couldn’t figure out what was causing the pain. The initial prognosis was appendicitis. Soon, I was told not to eat or drink anything as they prepared me for surgery. But then, appendicitis was also ruled out so they cancelled the surgery, but they still had to manage the pain and figure out what’s wrong. I was in the hospital for a week.

Turns out I had umbilical hernia — a condition wherein part of the digestive tract is pushing out of my body via my belly button — something I didn’t know about before. Doctors said it was aggravated because I might have been lifting heavy things. And boy was I constantly lifting heavy things when I travel, LOL.

At the time, I had no health card or Philhealth or any sort of insurance. I had to shoulder all the costs. It was my most expensive staycation to date.

Imagine if it happened while I was abroad! Would have been a lot more difficult. And more expensive.

Key takeaway: Get a wheeled suitcase instead of a backpack! Get checked! Get insured! Not just life-insured but health-insured too!

This one happened a loooong time ago.

I loved the outdoors even as a child. I enjoyed camping with friends. We would just bring a tent to the beach or the woods, and we would stay there. But when I was 11, one week after another camping trip, my friend and I were both rushed to the hospital because of constant, high fever, rashes, and nose bleeding. Apparently, we had Dengue Fever. We were confined in the hospital for 10 days, until our platelet counts fully recovered.

But mosquitoes, the deadliest in the animal kingdom, just won’t leave me alone. I had contracted dengue three more times after that! Imagine! They say that a person can only get dengue four times because there are only four strains, so I’m probably immune to it now. But this time, I have learned my lesson. Dengue isn’t the only disease that mosquitoes carry so I have developed a habit of bringing insect-repellent lotion whenever I travel.

I’d been incredibly lucky that in all instances, I was home when most of the symptoms appeared, so I had easy access to the hospital. Imagine being in the jungle or in a remote village while suffering from it. Yet, mosquitoes are not confined in the wilderness. They’re everywhere: bus terminals, parks, eateries.

Key takeaway: Always bring insect-repellent lotion! And, wait for it, get insured.

5. That time I was robbed at knifepoint

Sometimes, danger is much closer to home. 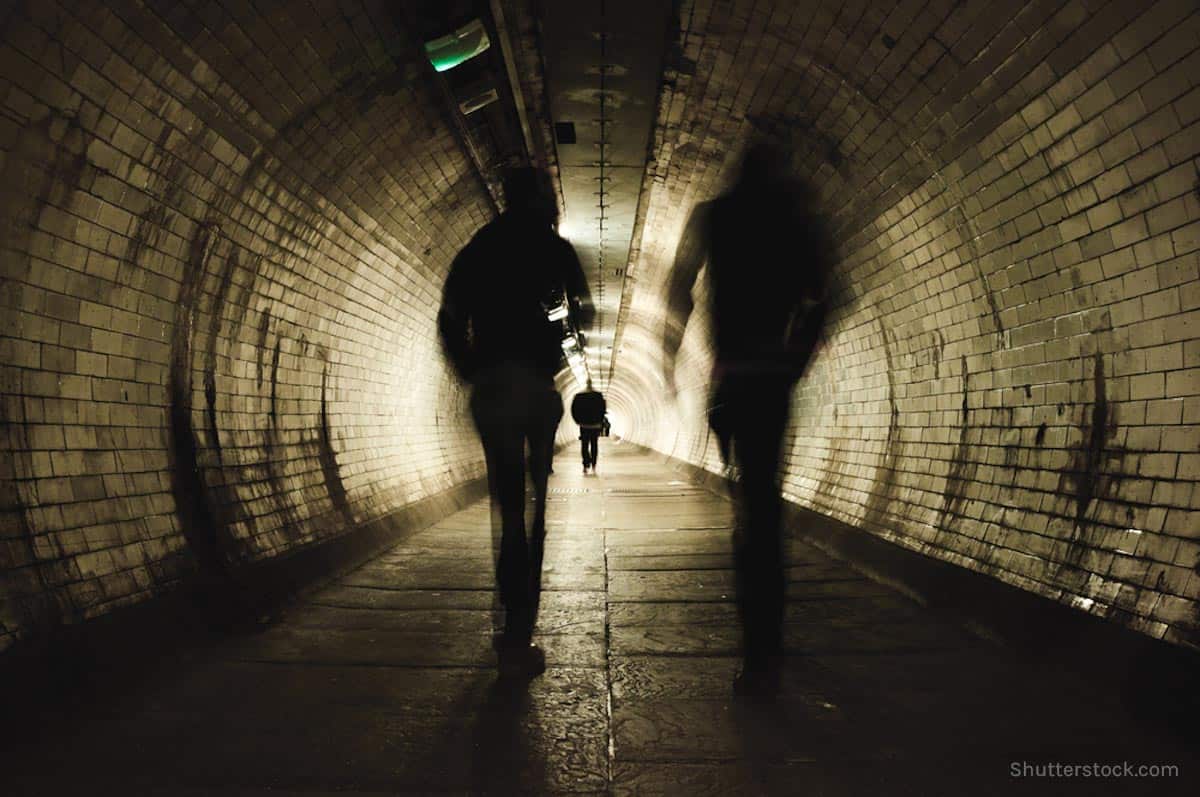 The worst crime I fell victim to happened just a few meters from where I lived in Quezon City! I was walking on the way home when a man suddenly lay one arm on my shoulder and pointed a knife to my belly (Why is it always my belly?!!).

“Boss, cellphone lang kailangan ko,” he said. But I didn’t have the presence of mind. I just froze and didn’t move. “Ibigay mo sakin yung cellphone mo,” he added, while moving the knife closer.

A tricycle drove toward us. I was saved, I thought. But my hope was crushed when the driver spoke, “Gripuhan mo na ‘yan, ayaw yata eh.” At that point I just handed them my phone and then they drove away just like that. They got my phone. I still got my life.

Key takeaway: Take care not just during travel but every time. And, yep, get insured because if the asshole decided to stab me right then, I don’t think I would still be here.

There have been many other moments too, albeit non-life-threatening. I experienced a long earthquake in Tokyo and got scammed multiple times in different countries. But if you follow our blog closely, you know that the closest I got to death was also my earliest memory of traveling on my own which ended when I fell into a pit of fire that left me with a massive third-degree burn on my left arm. I was just a kid then.

I’m one of the millions of Filipinos who are not that financially literate. Years ago, when there’s an option for an insurance for anything (travel, health, life), I’d be the first to walk to the opposite direction. But insurance is one of the things you should have, you hope you never have to use, but you or your loved ones will be GLAD you have when time comes.

This post is brought to you by Sun Life Philippines

Insurance you are making sure that if anything happens you and your family need no worry at all.
Health insurance- anytime a person can get sick thru viral or poor lifestyle
Life insurance covers everything enen while traveling or playing or sleeping
Also it will help us pay our taxes if i die anytime so my family is free from any tax burden.

Most feared thing for me I think is Dengue Fever. In tropical countries we have to be very careful. I cant imagine if I got the Fever like you…:( Thanks for sharing your great experience… Its an inspiring article you brougt here… May you always in good health so you can bring more great experience to us… :)

Travel is full of scares. We have to take out from all over plains while going for a Tour.