It was the most unforgettable hotel check in I have experienced in my life.

Amusingly enough, in this hotel, checking in is facilitated by talking robot dinosaurs. Yes, TALKING. ROBOT. DINOSAURS. We were at Henn Na Hotel, a polace that has captivated many magazines and travel shows all over the world. “Henn na” in Japanese means “strange,” which is fitting because this, uhm, strange hotel is unofficially known for being the first hotel run in the world that is run by robots. It appears to be like it, but in reality, there are still human members in its small staff.

Henn Na Hotel is just one of the many curious and entertaining attractions at Laguna Ten Bosch, a theme park and resort complex in Gamagori City. Thing of it as Aichi prefecture’s answer to Osaka’s Universal Studios Japan or Tokyo Disneyland, except Laguna Ten Bosch is less crowded and caters to more age groups.

Laguna Ten Bosch is the sister resort of Huis Ten Bosch in Nagasaki. Both were previously managed by another company until H.I.S., which is a major player in Japan’s travel industry, took over. Since then, the resort has undergone major changes and new features have been added. Today, it welcomes over 3 million guests per year.

The resort complex is divided into six major zones, each offering a different experience. All of them may be worthy of your time, but it depends on your interest. Here are the zones:

The most popular attraction inside the complex. Lagunasia is an amusement park that features thrilling rides and entertainment shows that are great for kids and kids-at-heart. Some of the most popular are the following:

If your timing is right, you can also catch the Laguna 3D Mapping Show, which is staged several times a year. This fantastic show blends live performances and an impressively synchronized 3D presentation. The theme of the show varies depending on season. During our visit, it was all about winter and Christmas. 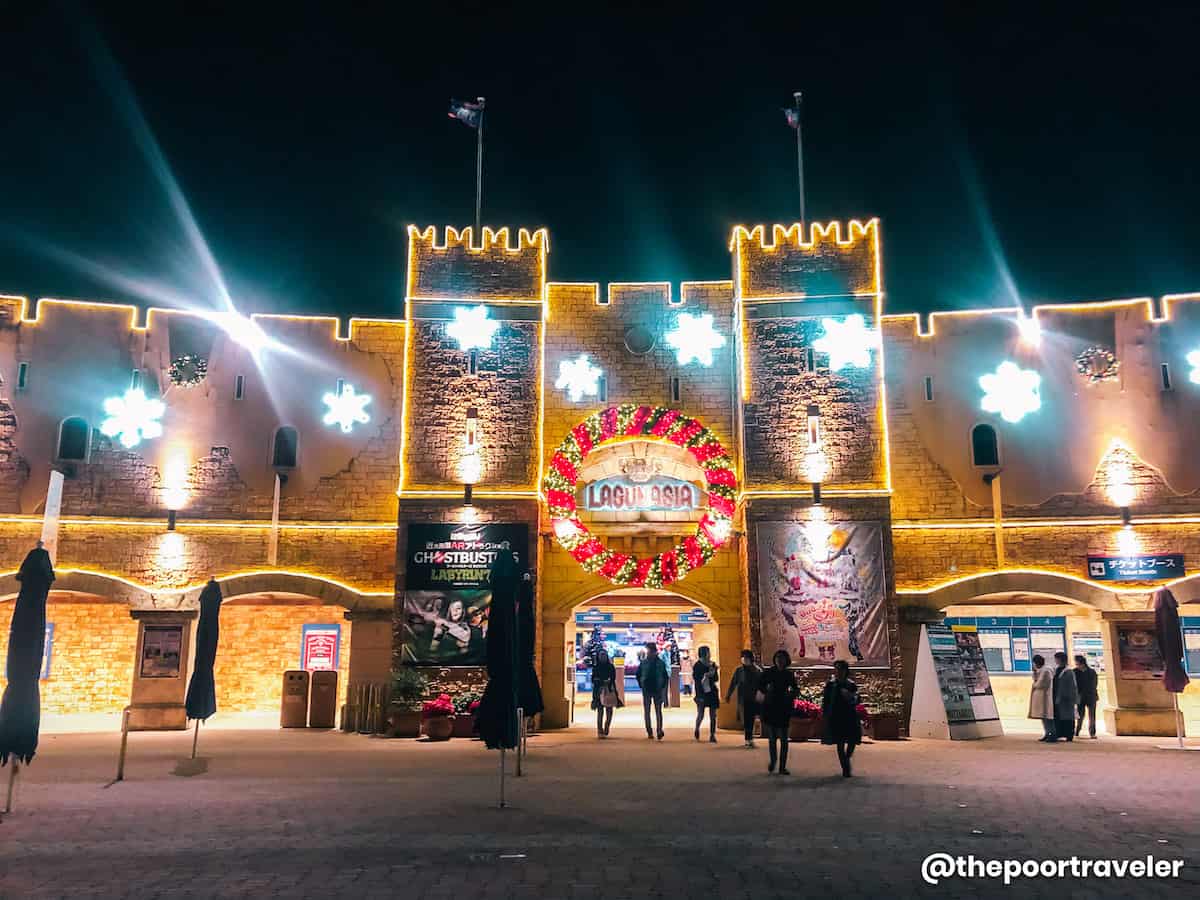 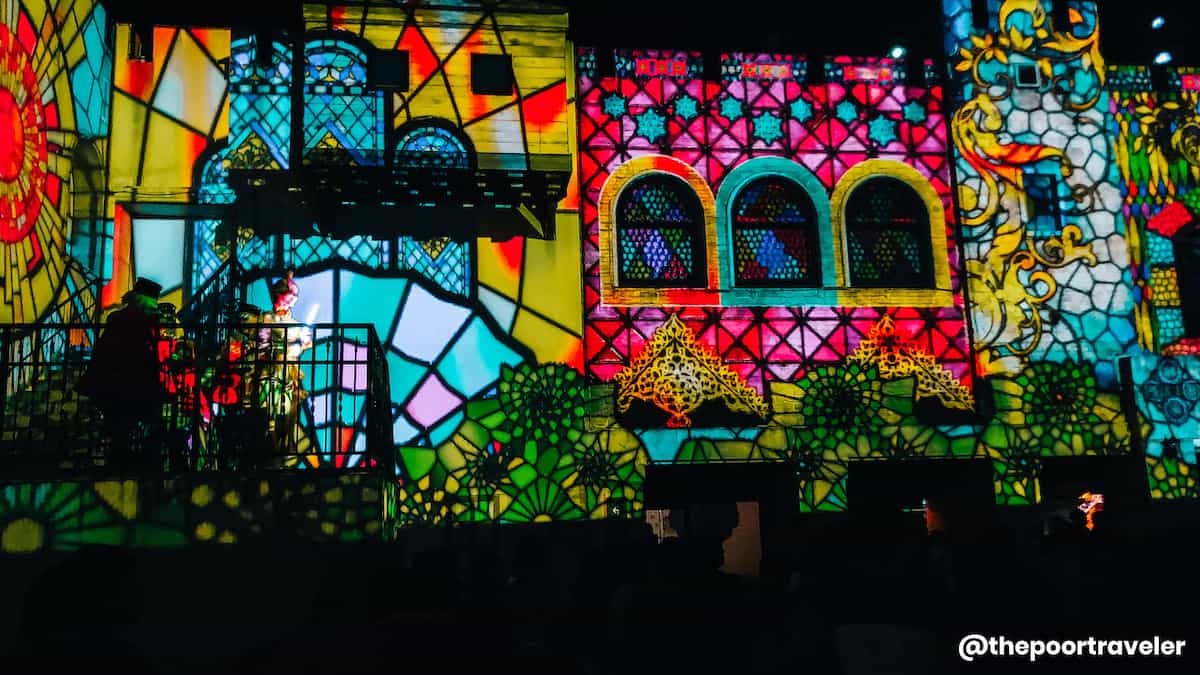 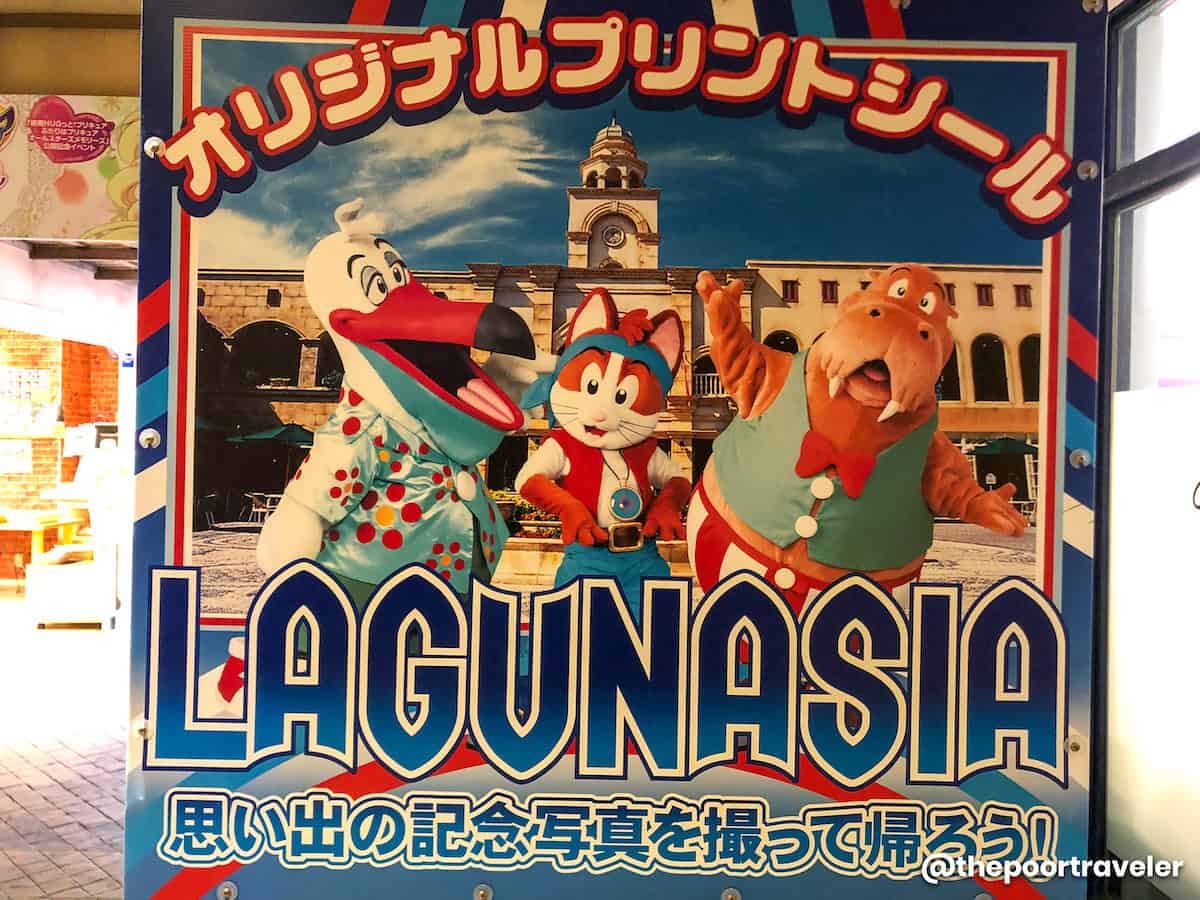 Lagunasia Ticket Prices: There are two types of Lagunasia tickets: an admission ticket and a passport. Here’s the difference:

Foreigners get 10% DISCOUNT! Just show this page along with your passport at the entrance.

If you prefer to book with Klook, you can find the link below.

A new attraction inside the park complex, the Flower Lagoon is a massive garden with every nook and cranny covered in various beautiful blossoms. It’s adorned with walkways, walls, and hills, all boasting intricate floral displays. It’s pretty romantic too, which is probably why during our visit, most guests were in pairs.

The Flower Lagoon lies adjacent to a grand illumination set in winter, which is absolutely spectacular at night. Here are some of our snaps of both the garden and the illuminations. 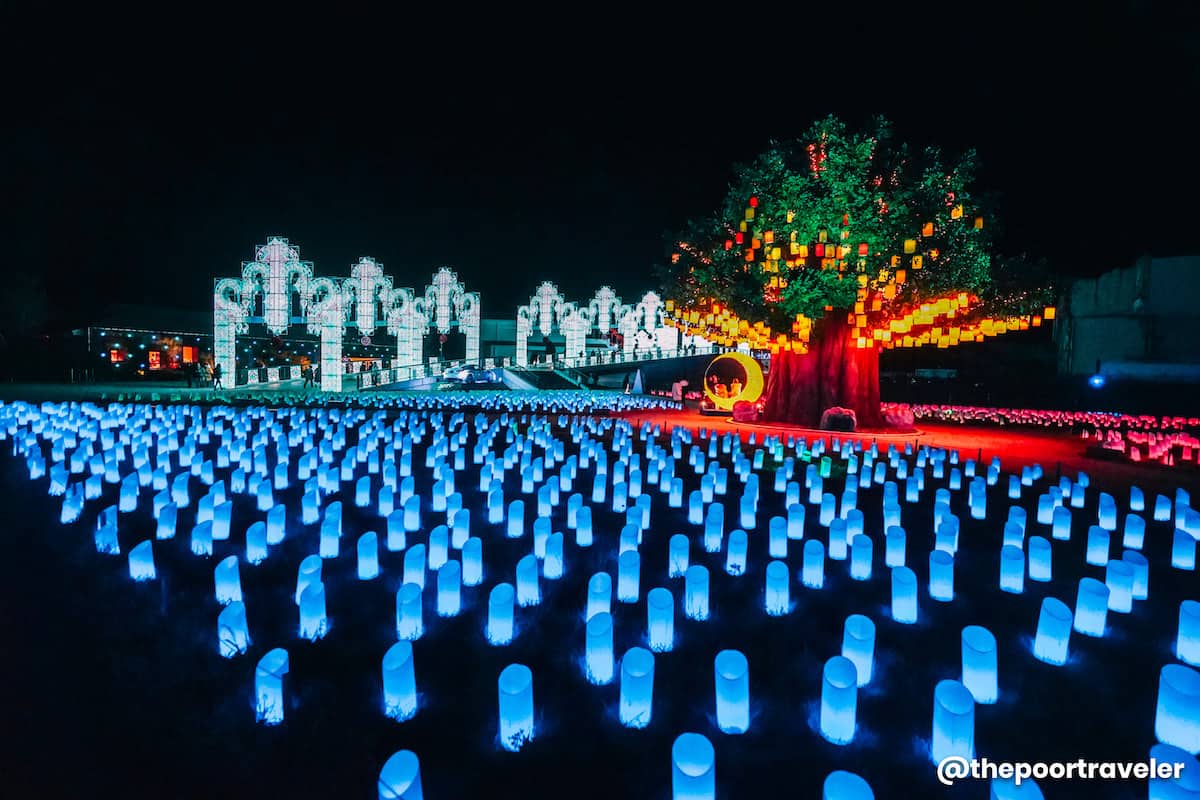 Gamagori is also blessed with natural hot springs, and you can also enjoy it at Laguna Spa inside Laguna Ten Bosch.

Laguna Spa has both indoor and outdoor open-air baths, filled with natural spring water pumped from the depth of 1500 meters below ground. Whatever you choose, you’ll get a stunning view as you relax in their baths. There are also foot baths available. 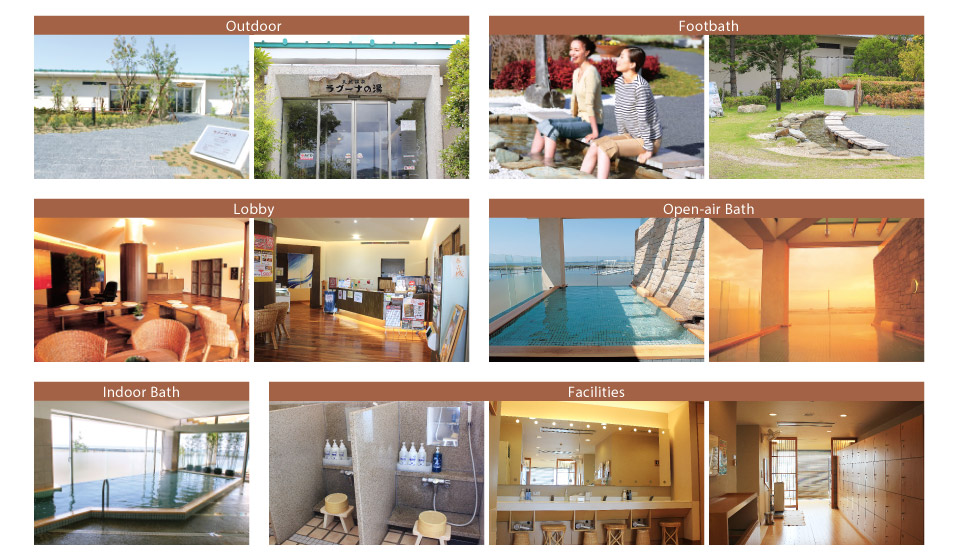 Thalassotherapy is the use of seawater for cosmetic and health benefits. It is believed that seawater has positive effects on the skin and overall health, and so some spas use it as a form of therapy.

At Thalgo Laguna, they offer thalassotherapy sessions through their 15 exercise stations, “which use pressurized underwater jets” to “aid in relaxation and stress relief.” The water, usually between 33 and 36 degrees, massage your body for around an hour.

Only guests 16 years old and above are allowed.

To give you an idea of what it does exactly, here’s a video:

Henn Na Hotel translates to Strange Hotel, which is apt because it is strange. At first, at least. It’s one of the newer establishments within the park.

Often dubbed as the world’s first hotel that is run by robots, it is staffed with talking robotic dinosaurs. In reality, it isn’t completely human-less. But checking-in is self-service and doesn’t call for assistance by a homo sapiens sapiens. The dinosaurs give you the instructions and guide you through the whole check-in process. Behind the scenes, a few human workers still take care of the usual non-reception tasks, including cleaning up the rooms and maintaining the robots. But still, it is a curious hotel and something that kids and adults alike will find delightful. 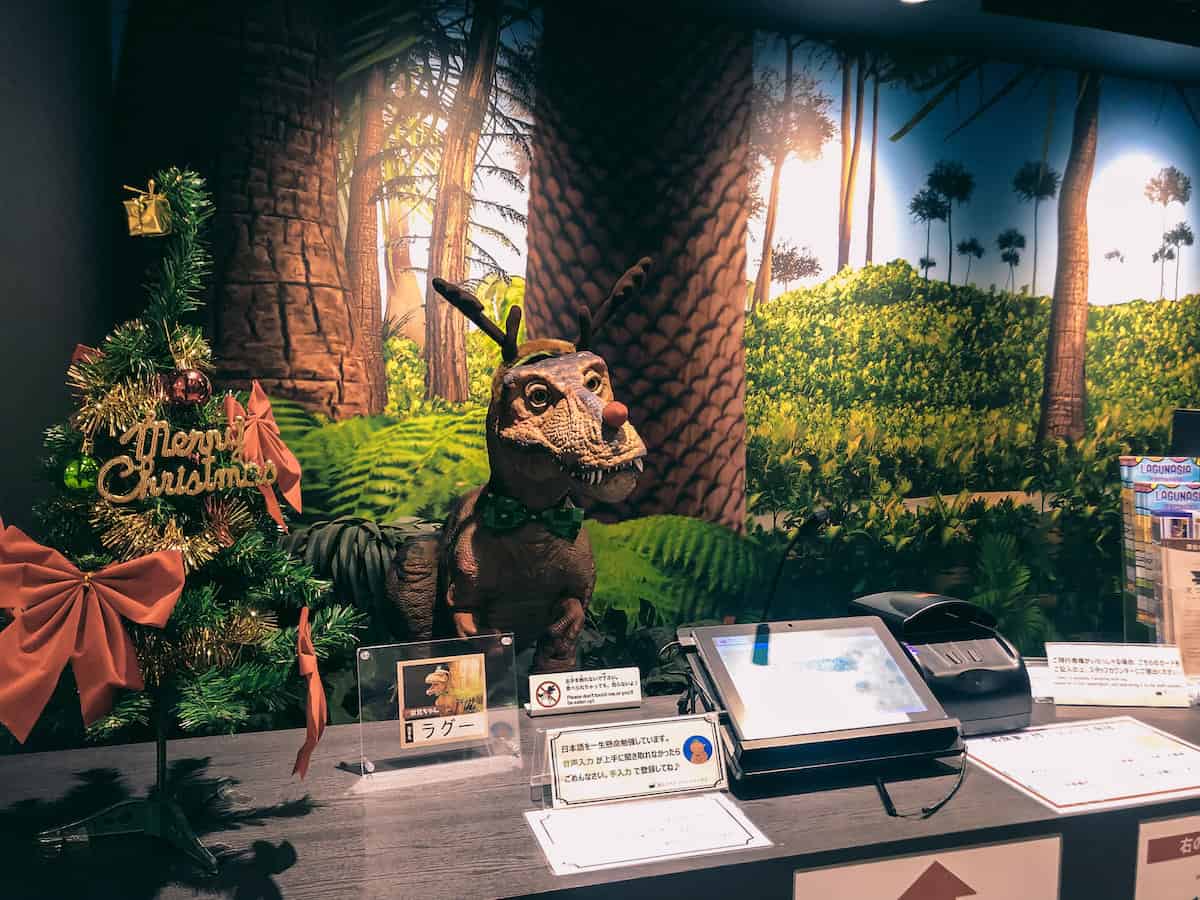 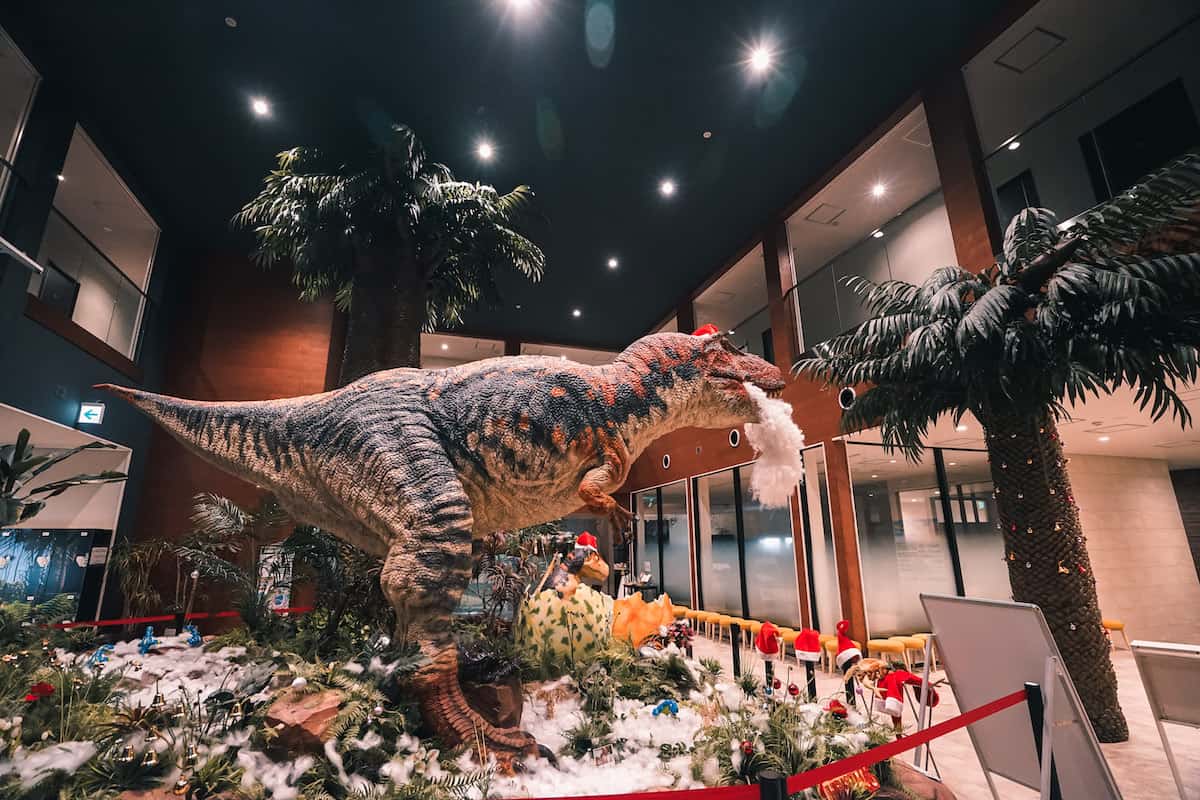 Each room is also equipped with a digital assistant, much like Apple’s Siri. For basic tasks like turning the TV on or off, switching channels, or setting up an alarm, you just tell it what you want it to do out loud and it’s gonna do it without the attitude. 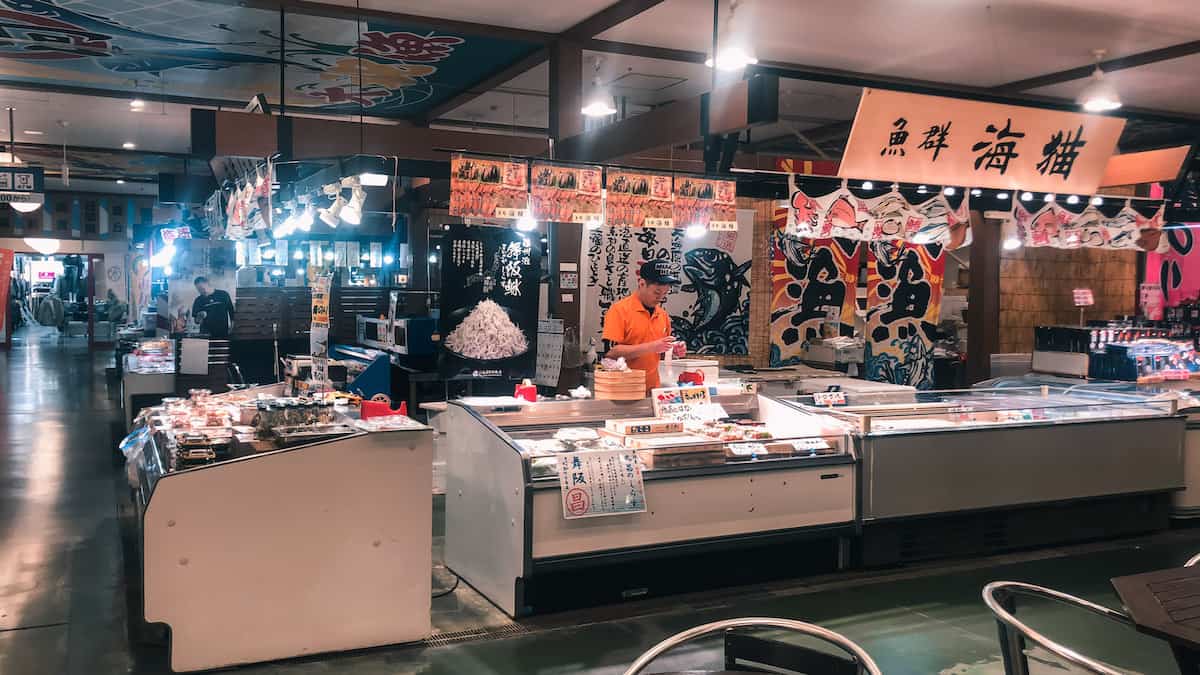 I realized that I’m really old when I found myself more excited about the market than any of the more exciting attractions. Haha. Situated just in front of Lagunasia is Festival Market, which is composed of five sections:

How to Get from Nagoya to Laguna Ten Bosch

The easiest way to get to Laguna Ten Bosch from Nagoya city center is by JR train.

There’s a bus every 30 minutes.

A refreshing side trip!

Since you’re already in Gamagori, you might want to check out Gamagori Orange Park, where you can enjoy picking fruits and eat as much as you like.

Gamagori is famous for their mikan or mandarin oranges, which is one of the main products of the city, so a stop at the park isn’t just for eating purposes but also sort of cultural. Although it’s the named Gamagori Orange Park, oranges aren’t the only fruit available here. Depending on the season, you can also enjoy grapes, strawberries, and melons. Here are the prices and schedule. 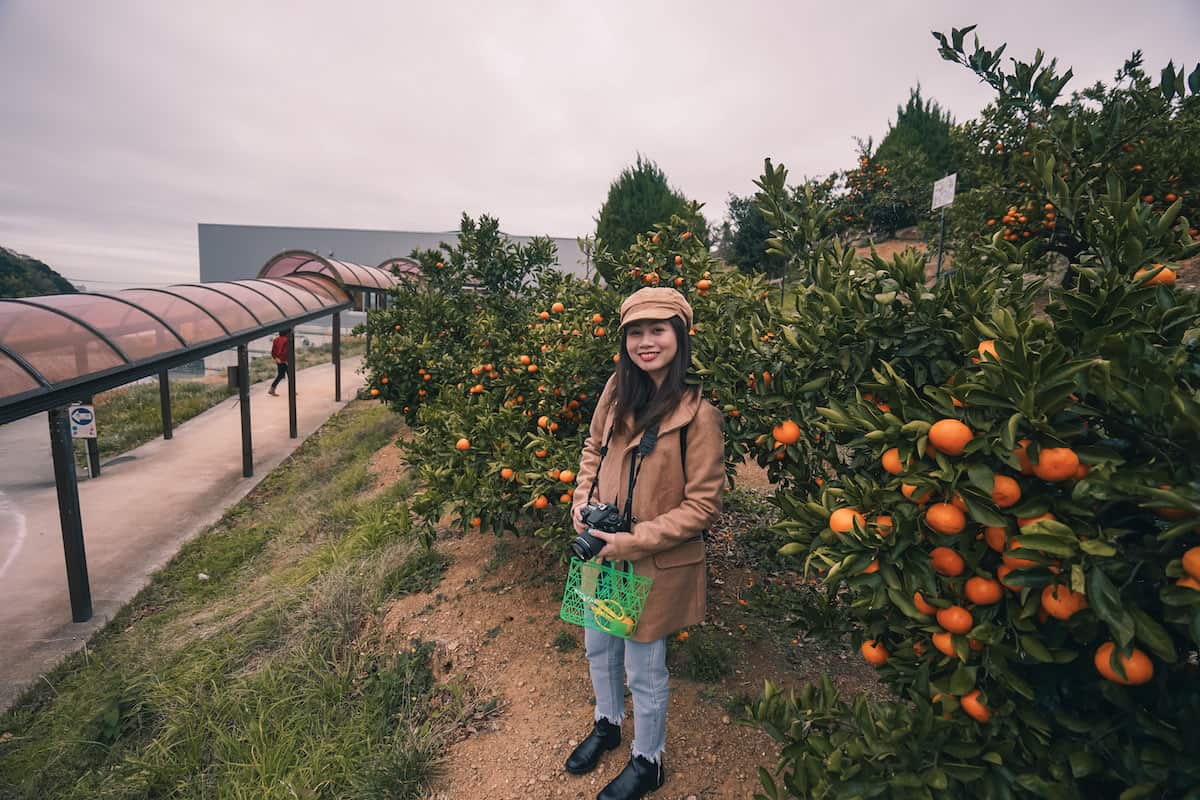 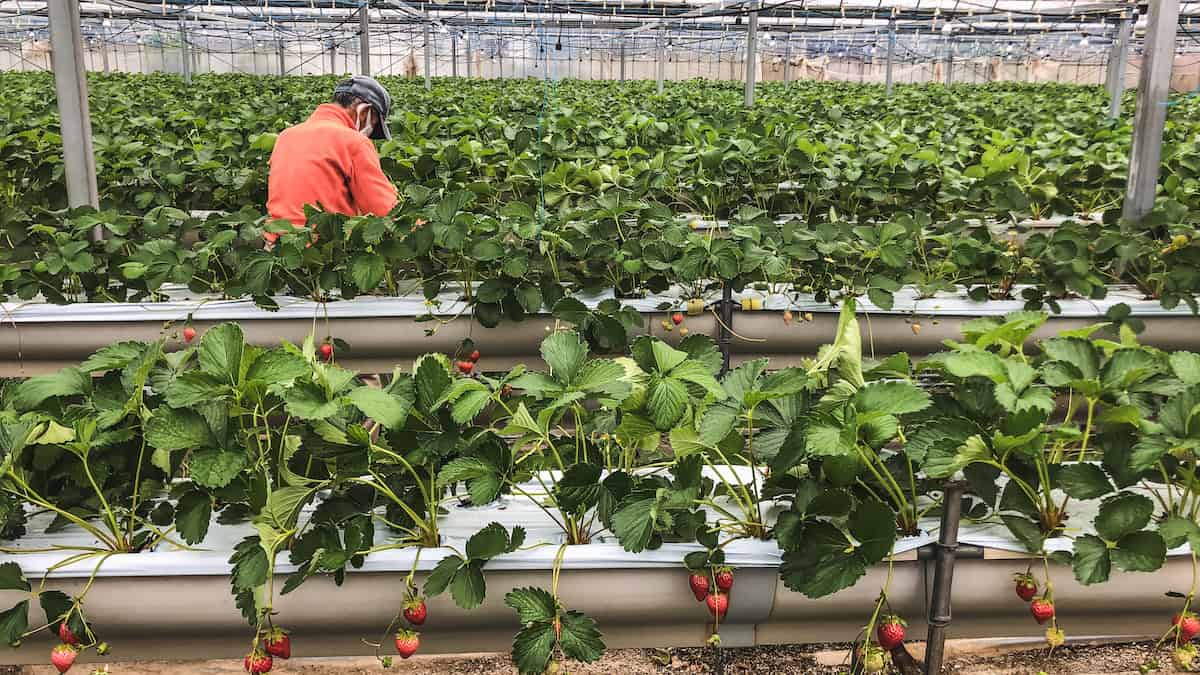 For most of these, reservation is required, at least a week before your trip. You can make reservations on their official website: www.orepa.jp.

How to Get a Japan Visa

If you’re holding a Philippine passport, you will need a visa to enter Japan. Application is fast and easy if you complete the requirements. All applications must be coursed through an embassy-accredited travel agency like Attic Tours, which has branches in Manila (Roxas Boulevard), Quezon City (SM North EDSA), Cebu, and Davao.

For more information on how to apply for a visa, read: JAPAN VISA REQUIREMENTS.

Our trip was made possible by the tourism boards of Gifu and Aichi Prefectures! Opinions are my own.