As the capital of Aichi Prefecture and the largest city in the Chubu Region, Nagoya is considered one of the key cities in Japan. It is also the region’s transportation hub and the jump-off point to other parts of Central Japan.

Nagoya Station serves many railway lines including Tokaido Shinkansen Line, Tokaido Main Line, and Chuo Main Line among others. The private railway company, Meitetsu, which serves both Aichi and Gifu Prefectures, established its headquarter in Nagoya. Modern and historical attractions are accessible by trains and buses. The city also has the Me-guru Sightseeing Bus which has stops to most of the popular destinations in Nagoya. Here are some of the things to do while in Nagoya.

Legoland Japan started its operation in April 2017. It is the first ever Legoland amusement park in Japan, the second in Asia after Malaysia. The outdoor amusement park is divided into seven (7) themed areas: Miniland, Factory, Bricktopia, Adventure, Lego City, Knight’s Kingdom, and Pirate Shores. It also features a rotating Observation Tower, offering you a view of the whole park. Most attractions and rides are for kids, but there are some that adults would enjoy too.

Once the core of one of Japan’s prominent castle towns, Nagoya-juku, the Nagoya castle is also one of the largest in the country. It was built during the early Edo Period under the rule of the Tokugawa Shogunate. It was destroyed in an air raid during the Second World War in 1945 and was reconstructed in 1957 until 1959. Another reconstruction, which began in 2009, is still ongoing and is targeted to finish in 2022. You can still visit other parts of the castle ground as reconstruction is done per section/area. 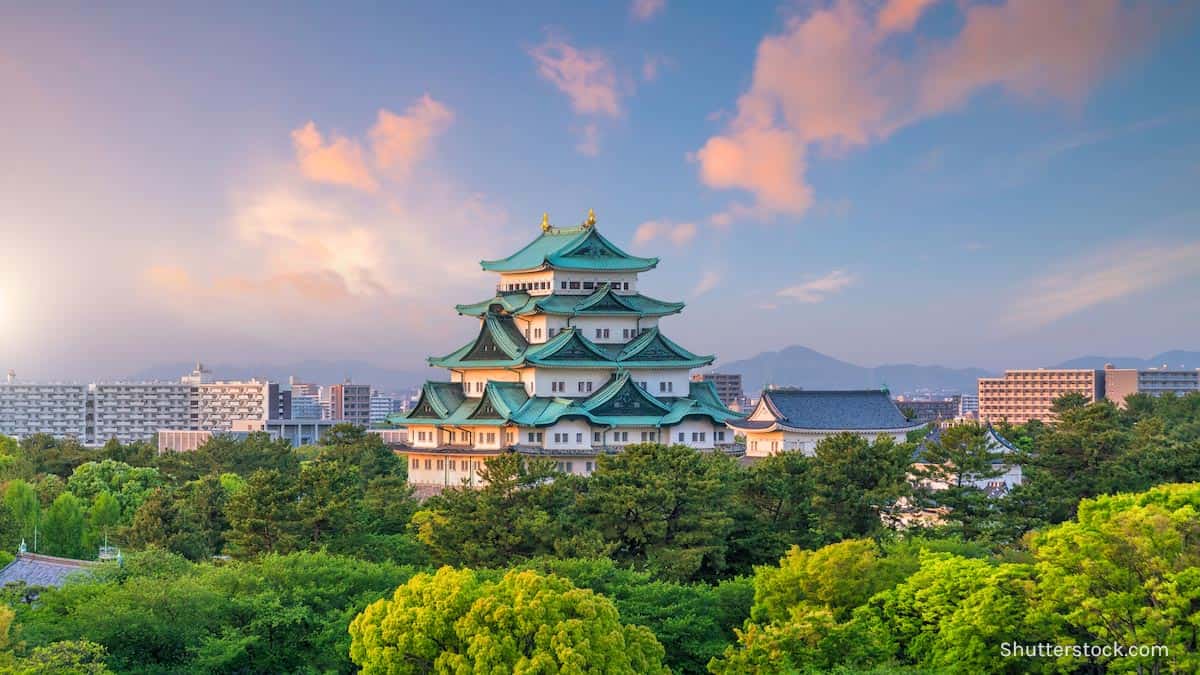 Getting There: Get off at Higashi-ote Station via Meitetsu Seto Line or board a Me-guru Sightseeing Bus at Nagoya Station Bus Terminal’s Platform 11 and alight at Nagoya Castle stop. 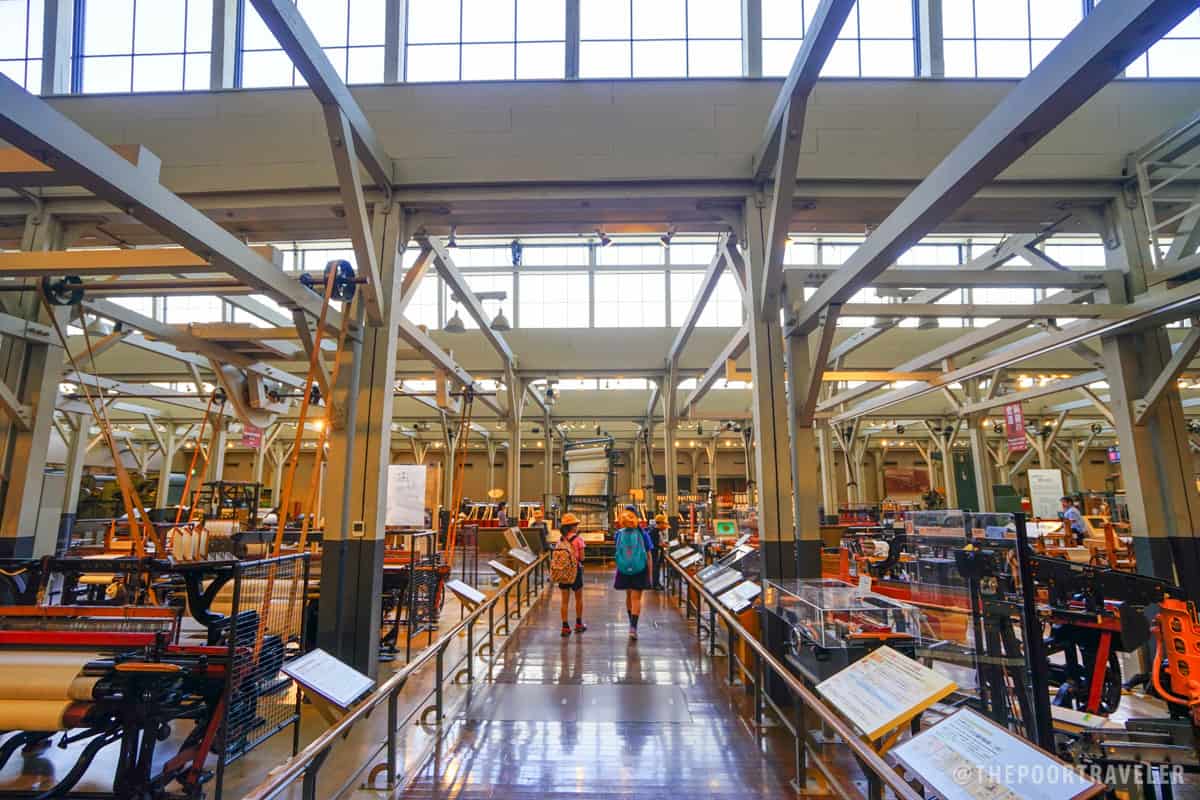 In June 1994, an old textile factory was relaunched as the Toyota Commemorative Museum of Industry and Technology, also called Toyota Tecno Museum. The museum displays memorabilia and mementos that tell the history of one of the world’s biggest automobile producer, from its early automatic loom manufacturing days to producing and manufacturing cars.

Getting There: Take a three-minute walk from Sako Station via Meitetsu Nagoya Line or ride a Me-guru Sightseeing Bus at Nagoya Station Bus Terminal’s Platform 11 and alight at Toyota Commemorative Museum stop. 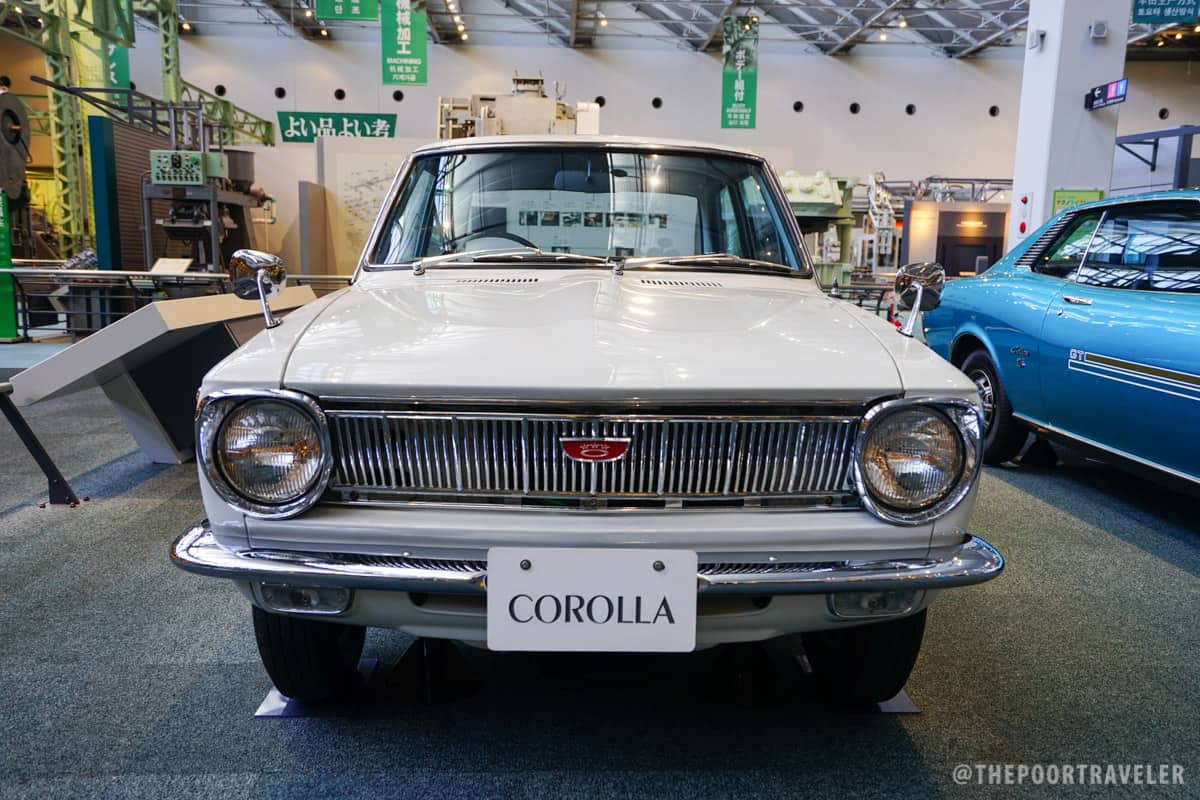 The museum was officially launched in 1989, in time for the 50th anniversary of Toyota Motor Corporation. It houses a collection of about 140 cars from around the globe; most of them are as old as post-war Japan. It aims to present the evolution of the automobile and show how carmakers from around the world contribute to the fast development of the industry. The museum is located in Nakagute, a city close to Nagoya.

Getting There: Board a Higashiyama subway line and get off at Fujigaoka Station. Transfer to Linimo line and get on a train to Geidaidori Station. Take a short walk from the station to the museum.

Tip: If you want to visit both the Toyota Commemorative Museum and Toyota Automobile Museum, you can save money when you get the Joint Ticket. Rates are ¥1,200 for adults and ¥460 – 640 for junior high and high school students.

This railway museum is owned and managed by the Central Japan Railways (JR Central). In March 2011, it officially opened its doors to the public. It aims to educate visitors about the railway system of Japan by showcasing various kinds of trains — from steam locomotives to bullet trains to magnetic trains — and explaining the different parts and how each part functions. It features a collection of 39 actual train cars, train cab simulators, railway dioramas, and many others. The museum is located outside Nagoya city.

Getting There: It is close to Legoland. From Nagoya Station, take the Aonami Line train to Kinjofuto Station. Take a short walk to the museum from Kinjofuto Sation.

The oldest TV tower in Japan, which first opened in 1954. It towers at 180 meters, offering two viewing spots: the Sky Deck (indoor) at 90 meters and the Sky Balcony (outdoor) at 100 meters. When nighttime hits, you will see the lights illuminating it, presenting the tower in a different “light”, literally. The tower also has a restaurant, a gallery, and a bowling alley.

Oasis 21 Complex. This complex, which opened in 2002, boasts a futuristic design with greenery. Oasis 21 employs a design which forged two seemingly contradicting themes that surprisingly turned out fine. It’s a very convenient place for shopping and dining, especially for those who are waiting for their scheduled bus departure as the complex also houses the bus terminal for both city buses and highway buses.

Sunshine Sakae. Just a few blocks from Oasis 21 and Nagoya TV Tower is Sunshine Sakae. The shopping and entertainment building opened in 2005. All six floors are loaded with different bars, cafés, restaurants, retail shops, and even concert halls! But the main draw is the 52-meter tall Ferris wheel, the Sky Boat, which holds 28 glass gondolas. At nighttime, it dazzles with dancing LED lights.

Getting There: From Nagoya Station, take a subway train on Higashiyama Line to Sakae Station. You can reach Sunshine Sakae by taking a short walk from Exit 8.

How to Get a Japan Visa

If you’re holding a Philippine passport, you will need a visa to enter Japan. Application is fast and easy if you complete the requirements. All applications must be coursed through an embassy-accredited travel agency like Attic Tours, which has branches in Manila (Roxas Boulevard), Quezon City (SM North EDSA), Cebu, and Davao.

For more information on how to apply for a visa, read: JAPAN VISA REQUIREMENTS.

Our trip was made possible by the tourism boards of Gifu and Aichi Prefectures! Opinions are my own.