The Poor Traveler didn’t know how to react when I received the itinerary of our Davao Familiarization Tour from Airphil Express. The fastest-growing local airline is now offering tours and packages for different destinations in the country and they wanted travel and lifestyle bloggers to get the first taste of it. I was glad that I was part of the group. What I didn’t expect was that it would be an extreme adventure.

The Poor Traveler is the kind of traveler who loves to swim at the beach, not paddle in a wild river; get lost in the beauty of the mountains, not zipline my way down. I guess I was not the adventurous type. If there was anything I was really looking forward to in that trip, it was that I would get a chance to see Davao. You see, it was my first time in Davao.

Yes, I was afraid at first. But now that the tour was over and I’m back in Manila, guess what. I LOVED IT. I extremely enjoyed our white water rafting experience and thoroughly appreciated my first time to try the zipline. Even my first taste of crocodile and ostrich meat was not that bad. At the moment, I’m planning to go back to Davao City and do the exact same thing all over again with friends.

Anyway, here’s what happened in our trip.

Saturday 12 noon was our rendezvous time. The bloggers decided to just meet up at the airport, near the Airphil Express check-in counters. After several minutes of catching up, the guys decided to have a quick photo-op at the photo booth in the APX area. After that, we checked in and proceeded to the pre-departure area. Our flight was scheduled at 1:55pm so we had enough time to just bum around. 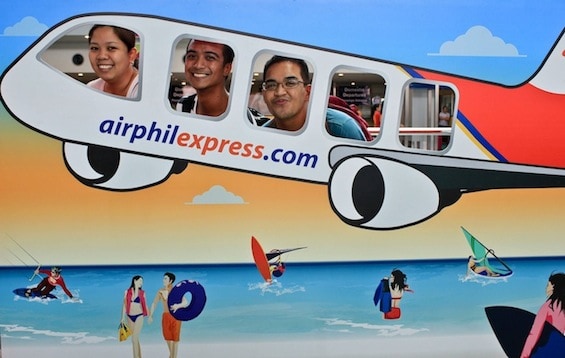 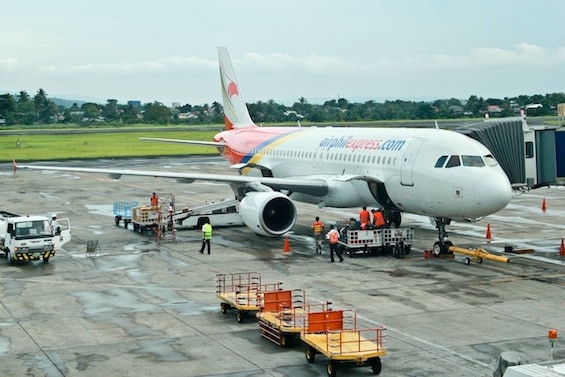 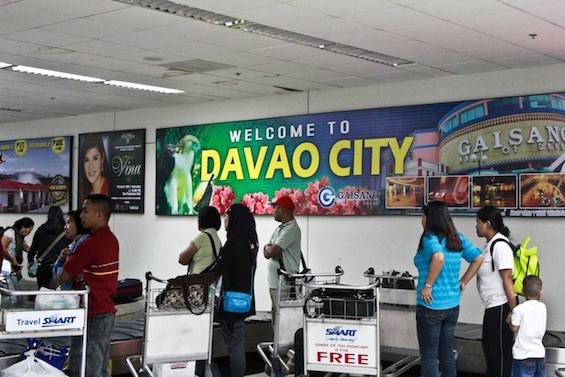 At 5:15pm, we left for Tribu K’Mindanawan. We didn’t know what was in store for us. Apparently, there was a cultural show. The group (and the place) was gorgeous. But the highlight of the evening was the fireshow. It was just crazy hot. The performers were unbelievably amazing. I’d seen several fire shows before but nothing like it. 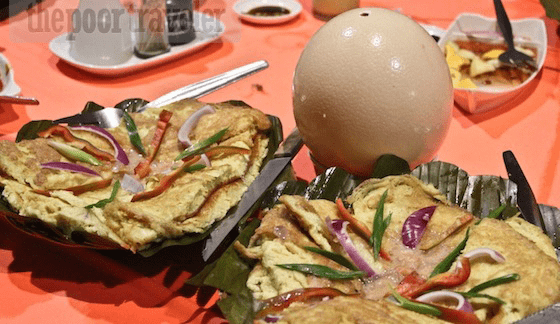 Our second day started with a buffet breakfast courtesy of Microtel. I love anything buffet and free so yeah, I loved it. LOL.

At 7:30am, we were all in the van, nervous about that day’s major major activity — white water rafting. None of us had tried it before so there was no one to console us.

We arrived at Davao Crocodile Park where the Davao Wild Water Adventure office is located. We signed the waiver, chose helmets and life vests, and got briefed on survival basics. We then drove to Davao River, where all the action would happen. Check out a detailed chronicling of what happened in the link below. We also have tips there:

At 4pm, we were all back at Davao Crocodile Park to take a shower and change clothes. While waiting for others, I had a chance to explore the park:

At around 5pm, we were on the way to Zip City for our first Zipline experience. Whew! It was awesome! Will do it again anytime! 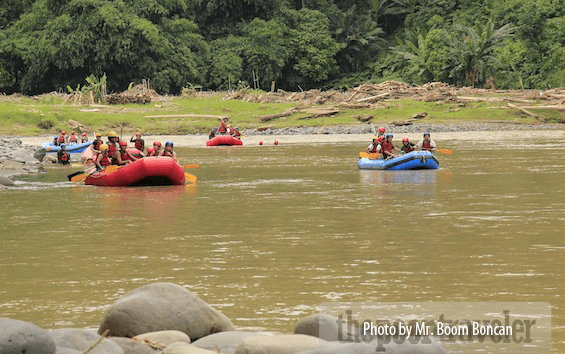 We all headed back to the hotel and spent the rest of the night in downtown Davao and had our mandatory dose of booze.

Day 3 – Flying Back to Manila

Our flight was scheduled at 6:40am so we were already at Davao International Airport as early as 5:30 am.

I never thought I would enjoy Davao that much. And like I said before, I shall return.

We didn’t spend much save for some bottles of water and pasalubong since it’s a sponsored tour. But if you’re going to take the same tour, the cost is P7,326. :)

The Poor Traveler
Reply to  Micamyx|Senyorita

Lyn
Reply to  The Poor Traveler

Do You know whom To contact if we wanted to go water rafting in Davao?

This looks really fun! Will try it next time i’m in Davao. So far I have been to the Malagos Garden Resort and my kids really loved there unique bird show and chocolate museum too. Plus the Roxas Night Market is really fun too!