Movie production trucks and service vans lined up in the area beside the Cape Santiago Lighthouse like giant wheeled gates that separate us from this towering structure. Apparently a horror film by Regal Entertainment was being shot when we arrived and the lighthouse had been closed.

It was already late afternoon and according to some of the residents watching the shoot, it would remain closed until the next morning. We were utterly disappointed but there was nothing we could do. We didn’t travel to Calatagan just to see the top of the lighthouse; we wanted a closer, grander view. We needed to come up with a Plan B quick.

The Road to the Lighthouse

My friend Celine and I decided to spend the night at a nearby resort in Calatagan and wait until the morning. Calatagan has nice beaches and shallow waters, brimming with marine wildlife so we gladly put our instant Plan B into action. After a night of long sleep and admiring the sunrise, we hailed a tricycle and drove back to the lighthouse. We were a few minutes away from missing it as we bumped into the caretaker who was just about to leave. We begged him if he could let us in for a couple of minutes. Explaining how we arrived the day before but it was closed but decided to wait it out until the next morning, we were allowed into the premises but only for a short period. We took it. We were grateful. After all, coming here was not easy.

Coming from Balayan, we took a jeepney to Calatagan, which stopped right by the Sto. Domingo de Silos Church in the center of the town proper. As soon as we climbed out of the vehicle, we were greeted by tricycle drivers. Tricycles take visitors to the lighthouse. I believe it was the only means of public transportation going there (I’m not sure, though).

The tricycle ride was refreshing as cold wind blew against our faces and the scenery delighted our eyes. We drove across vast farms and cane fields. The place was painted with all shades of green as trees, crops, and grass cover the land. We spotted all sorts of birds flying around and perched on fences. Cows and calves walked across the greenery. It was a breathtaking sight that made us want to move there and live a simpler rural life. We also passed by several resorts and Playa de Calatagan. The travel was smooth until the turn onto a rough, dirt road which has turned muddy and slippery because it rained the night before.

The province of Batangas is one of the busiest gateways to Luzon. It has an international sea port that serves as the primary entry point to the Southern Tagalog region. Batangas is also very near Manila, which is the country’s main sea port. Thus, hundreds of ferries and ships sail in the waters of Batangas each day. To guide these vessels plying routes to and from Manila Bay and Balayan Bay, through the San Bernardino Strait, and through the Verde Island passage, two lighthouses were erected in Batangas in the Spanish era. One is located at Cape Malabrigo in Lobo and the other towers over Cape Santiago in Calatagan.

The Cape Santiago Lighthouse stands on top of a cliff by the shore. Built in 1890, it is one of the oldest lighthouses in the Philippines that continue to function. The construction began on December 15, 1890, led by Engineer Magin Pers y Pers, and was completed by Guillermo Brockman.

Although most commonly known as Calatagan Lighthouse, it is known by many names including Faro de Cabo de Santiago (or Cape Santiago Lighthouse) or Punta de Santiago Lighthouse, after Don Santiago Zobel who donated the land where it stands. The lighthouse is a dominant structure in the area — an imposing 51-ft tall white and red brick tower amidst the green paradise. Its architecture reflects the period it was built. If I’m not mistaken, Magin Pers and Guillermo Brockman also built the Cape Bojeador Lighthouse in Burgos, Ilocos Norte. There were some resemblances that I noticed. But unlike Bojeador, this one is round and not cornered. Within the complex lies an annex building, which was used to accommodate transient guests for a short period in the past.

The lighthouse provides spectacular view of the surrounding landscapes — pristine beaches, hills, and the Calatagan Bay. Even from the base of the tower, you can have a good vista since it stands on top of a hill which is 41-feet tall. But I bet it is much more spectacular when seen from the top of the lighthouse. Unfortunately, due to time constraints, we weren’t able to go inside.

Top Hotels and Resorts in Calatagan

Based on online review scores by Agoda customers. 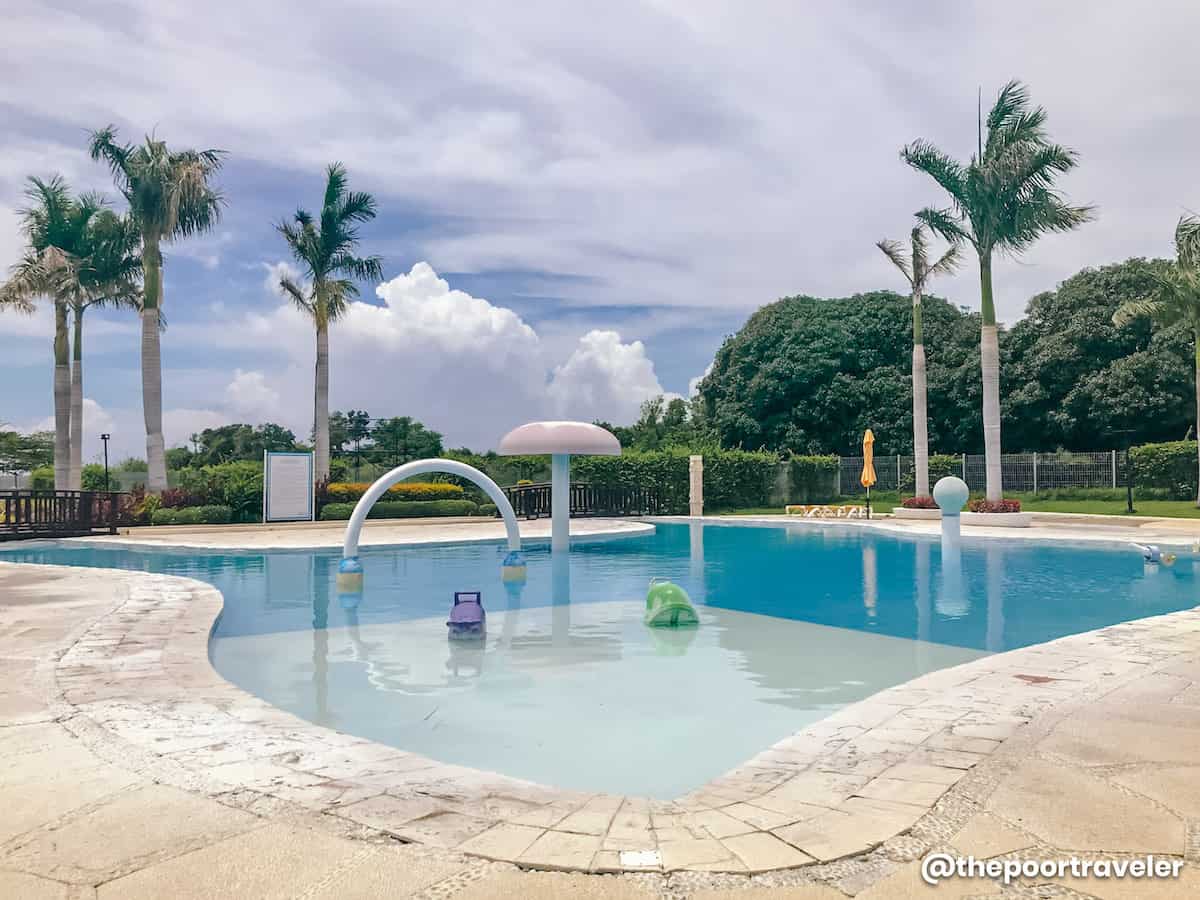 How to get to Calatagan Lighthouse: If you’re commuting from Manila, take a bus to Calatagan in Pasay Rotonda or a van (P170) at the basement of Metropoint Mall in Pasay. From Calatagan Town Proper, take a tricycle to the lighthouse.

And it takes 67 steps to get to the top.

Woot! Thanks for sharing. We weren’t able to go inside and climb up the tower. :(

We were there a week ago! And were lucky to go up the tower ab

They renamed the stilts resort to simply Stilts, I think. And the Ricky reyes resort is called Golden Sunset Village if I’m not mistaken

…I’m planning to go here on my weekend escapade! :)

The first time I was there 1985 during the Annual Outing of Pilipinas Bank at Punta Baluarte, its really nice there lalo na siguro ngayon !

Yep! Been to Punta Baluarte, too, but I was 10 years old then so I barely remember anything. :P

13 Beaches Near Manila (And How to Get There) - PhilippineBeaches.org