Taxis are expensive, and buses can be confusing for first-timers. In Tokyo, the train is the most efficient mode of transportation. Tokyo has an extensive and expansive railway system. Wherever it is you’re going, there is most likely a train station very close to it.

Tokyo by train can be a bit overwhelming at first, but it’s easy once you get the hang of it. First, bear in mind that the network is used by almost a dozen operators, including those serving the suburbs. However, in this article, let’s focus on the three companies that serve Central Tokyo: JR East, Toei Subway, and Tokyo Metro Subway. Each of them operate multiple lines that get so entangled, it’s amazing how the Japanese make it work. 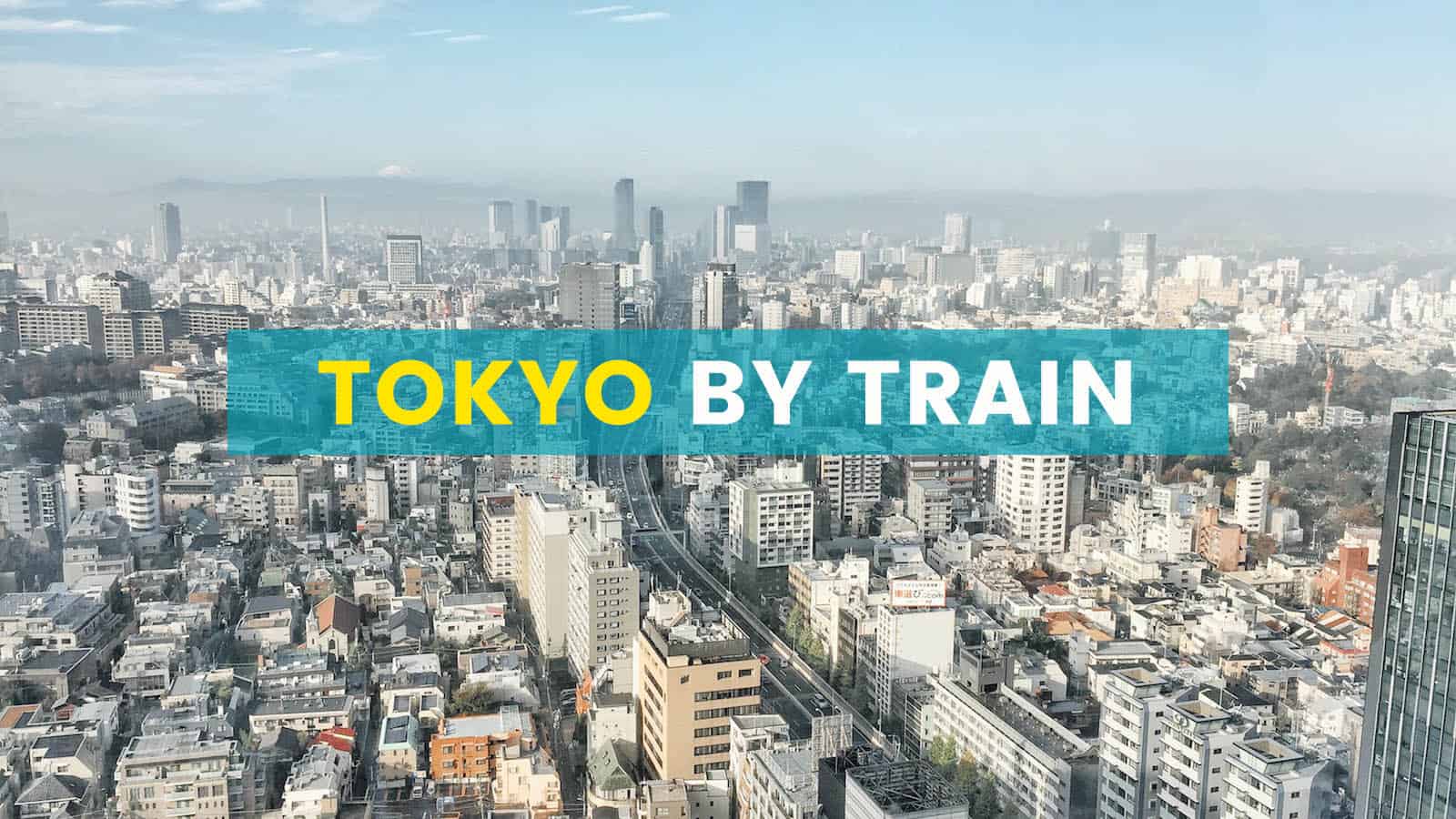 JR East controls the all-important JR Yamanote Line, a train loop that runs around Tokyo, linking the city’s key areas including Ueno, Shinjuku, Shibuya and Shinagawa. It also marks the boundary of Central Tokyo. The area within the loop is considered Central Tokyo.

Expectedly, this line is used by a good fraction of the population (which is me saying that it’s often crowded, hehe). Aside from Yamanote, JR also runs other lines including Chuo Main, Chuo-Sobu, and the Shinkansen (bullet train).

The subway lines are operated by Tokyo Metro and Toei. Although separate companies, these two are in great synergy. Often, you don’t need to exit the gates and buy new tickets even if you switch from Toei to Metro lines. (There are cases when you do, though.) Subway lines are marked with an assigned letter in a color-coded circle. For example, Shinjuku Line’s mark is an S in a leaf green circle. Mita Line’s mark is a the letter I in a blue circle. Remember these marks and the companies’ logos because this is how you’ll find them.

You might be thinking, “Oh cool. That looks easy.” Wrong. It seems easy to understand now, but if you’re a Tokyo newbie, it’s a lot more difficult in practice. These lines are so entangled, and when they meet in major stations like Shinkuku or Tokyo, things get even more complicated. Even I, who have been to Tokyo four times, and my sister, who has been living in Tokyo for years, sometimes get awfully lost.

Aside from the lines, you also might need to know the different train types:

If it entails waiting only a few minutes on the platform, I would usually just choose a rapid or express train even when the a local train is already approaching. WARNING, though: Board the non-local trains only if you’re sure it will make a stop at your station. You don’t wanna skip your stop. True story. Hahaha.

How to Travel By Train using Single Tickets

That’s it! If you get lost or you encounter any problem, don’t hesitate to approach the staff at the window. Every station has one.

Also, if you’re an adult, don’t even try getting a ticket meant for kids just to get a discount. Children’s tickets make a distinct birdy sound when used at the gates to let the staff know that it’s really being used by kids. Yep, birdy.

How to Buy and Use Suica or Pasmo Card

Prepaid IC Cards are also available. It seldom offers discounts, but the beauty of it is that you don’t need to get a ticket each time you’re using the train. You just need to quickly hover the card over the reader and you’re through.

What’s the difference between Suica and Pasmo? The companies offering it, mainly. Suica is sold by JR while Pasmo by Toei and Tokyo Metro. However, both cards work in any Tokyo Metro, Toei, or JR line. As far as the user experience is concerned, it’s very similar.

To get one, you just need to approach one of the PASMO or SUICA machines at the station. There’s no use for me to enumerate the steps here because it’s so easy. Just choose ENGLISH on the welcome screen and follow the instructions.

These cards can also be used on buses. An increasing number of shops and other establishments are also accepting these cards as mode of payment. You can even use it to buy drinks or snacks from vending machines.

Should You Get One of Those One-Day Train Passes?

A lot of them are available but I find most of them impractical. It only makes sense to use them if you’re making several train journeys in a day or two.

There are many other variations, but the two above are the most common.

If you decide to purchase a Tokyo Subway Ticket, we have a sample 2-day itinerary here so you can maximize the card. READ: THE BEST OF TOKYO IN 2 DAYS!

Should You Buy a JR Pass?

If you’re staying in TOKYO only, NO, you don’t need a JR Pass.

It only makes sense to get a JR Pass if you’re on a multi-city journey around Japan. For example, if you will be visiting three cities in 7 days, it could be a great deal.

Before you purchase one, know that the JR Pass can only be used on JR line rides. You can’t use it on Toei or Tokyo Metro rides. So if you will be staying in Tokyo the entire trip, a JR Pass isn’t really worth it.

If your itinerary involves taking long-distance trains often and you’re staying for 7 days, you can save money by getting a Train Pass.

Top budget and capsule hotels based on Agoda customer reviews.

Hi Lomi! That’s in Sapporo in Hokkaido. We have travel guides for Sapporo and for a multi-city tour in Hokkaido:

Hello po. Between suica and pasmo card, which one is better?

Between IC cards and JR Pass, they’re completely different. JR Pass is for long-distance multi-city travels. IC Card is a stored-value card. If you’re staying in just one or two cities, you don’t need a JR Pass. We explained that here: https://www.thepoortraveler.net/2017/03/is-jr-pass-worth-it/

Whether or not makakatipid ka sa 72-hour subway ticket depends sa itinerary mo. If yung mga pupuntahan mo is near a subway station, then gora. But remember JR is not covered by the subway ticket so if mas JR ang stations, di sya worth it.