Taiwan has a total land area of 36,000 square kilometers and is divided into four regions: Northern, Central, Southern, and Eastern (and offshore islands). These four areas have distinct characteristics, serving visitors with a buffet of unique travel destinations.

Navigating Taiwan is easy. The transport system is one of the most efficient in the world, so efficient that it is possible to travel from north to south and back within a day! To give you a clear picture, going from Taipei to Kaohsiung, the island’s southernmost city, can be completed in as short as 1hr 36mins (96mins) via Taiwan High Speed Rail (THSR).

Taiwan’s capital and largest city is Taipei. Since we’ve been gushing over Taipei in our previous posts, this article will focus on the destinations in the other three regions. Taipei is connected to the other cities through their extensive railway and highway network, but you can also reach many of these cities by air. If you’re coming from Manila, you can fly to Kaohsiung, Hualien, and Tainan with EVA Air, but it will also connect in Taipei.

If you want to know more about Taipei, here’s our Taipei Budget Travel Guide or if you are curious about the free things to do and places to see there, discover these 10 FREE Things to Do in Taipei.

Central Taiwan is characterized by a mixture of verdant natural scenery, vibrant modern metropolis, and nostalgic cultural heritage. Taichung, the third largest city in Taiwan, best represents the region with its well-preserved historical and cultural sites, thriving trade and business scene, and lush surroundings. All these and its relatively drier climate and cheaper housing costs elevate Taichung to its status as an international-class city.

If coming from Taoyuan Airport, here’s how to get there. 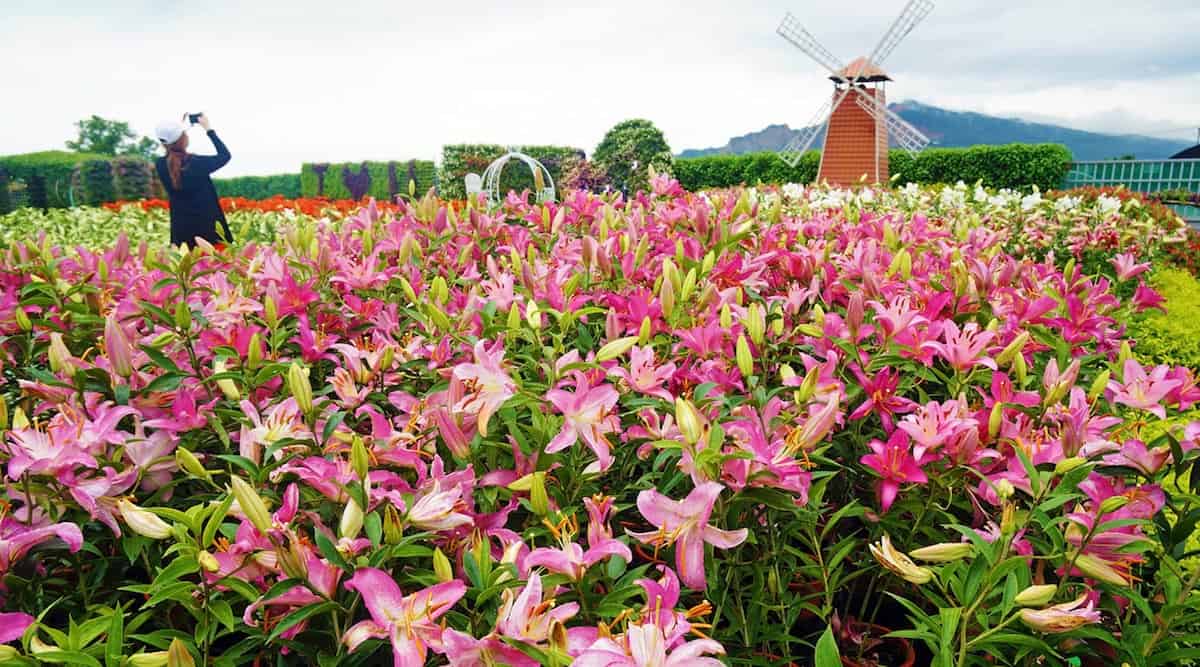 Sun Moon lake is the largest lake in Taiwan. Locals and foreigners alike flock to this lake, making it one of the most popular attractions. The east side of the lake looks like a sun, while the west side resembles a moon; it figures. The lake is located in Nantou County, but you can still go here on a day trip from other cities.

If you’re staying in Taichung and you want to visit Sun Moon Lake on a day tour without worrying much about getting there and going around the area, Klook offers a hassle-free Sun Moon Lake Day Tour inclusive of boat cruise plus insurance, lunch, and hotel pick up and drop off. Places and activities covered are:

Southern Taiwan is characterized by tropical weather, various plantations, sandy beaches, and mountains (although not as intimidating as those in Central Taiwan). Chiayi County has some of the notable tourist attractions in Taiwan, but the most significant one is the Alishan National Scenic Area, one of the three major national parks in the county, which covers almost the entire Alishan township.

Alishan National Park is tailor-fit for those who favor communing with nature as a way of restoring their zest for life and adventure. The best time to go is during summer and cherry blossom season.

If you’re coming from Taoyuan Airport, here’s how to get there.

If your destination is Alishan National Park, at Chiayi Station, you can take the train or the bus.

Securing your tickets and slots can be a bit tedious. Train tickets get easily sold out, sometimes stretching for days. Klook is offering Alishan Mountain Tour inclusive of pick up and drop off, so you don’t have to worry about your transportation. Other inclusions are:

Tainan is not only an important place in the southern region but also in the whole of Taiwan. It is the oldest city in the country and, understandably so, the birthplace of Taiwan. Many historic sites can be found here. Here’s how to get there from Taoyuan Airport.

If you want to explore more of Tainan’s history and heritage, Klook is offering a tour inclusive of hotel pick up and drop off (hotels in downtown Tainan, Tainan Railway Station, and Tainan HSR Station), admission tickets, and insurance, among others. One of the stops is Old Merchant House of Tait & Co, where visitors will learn about how foreign trade and industry in Taiwan started and flourished before the Japanese came. The places covered are: 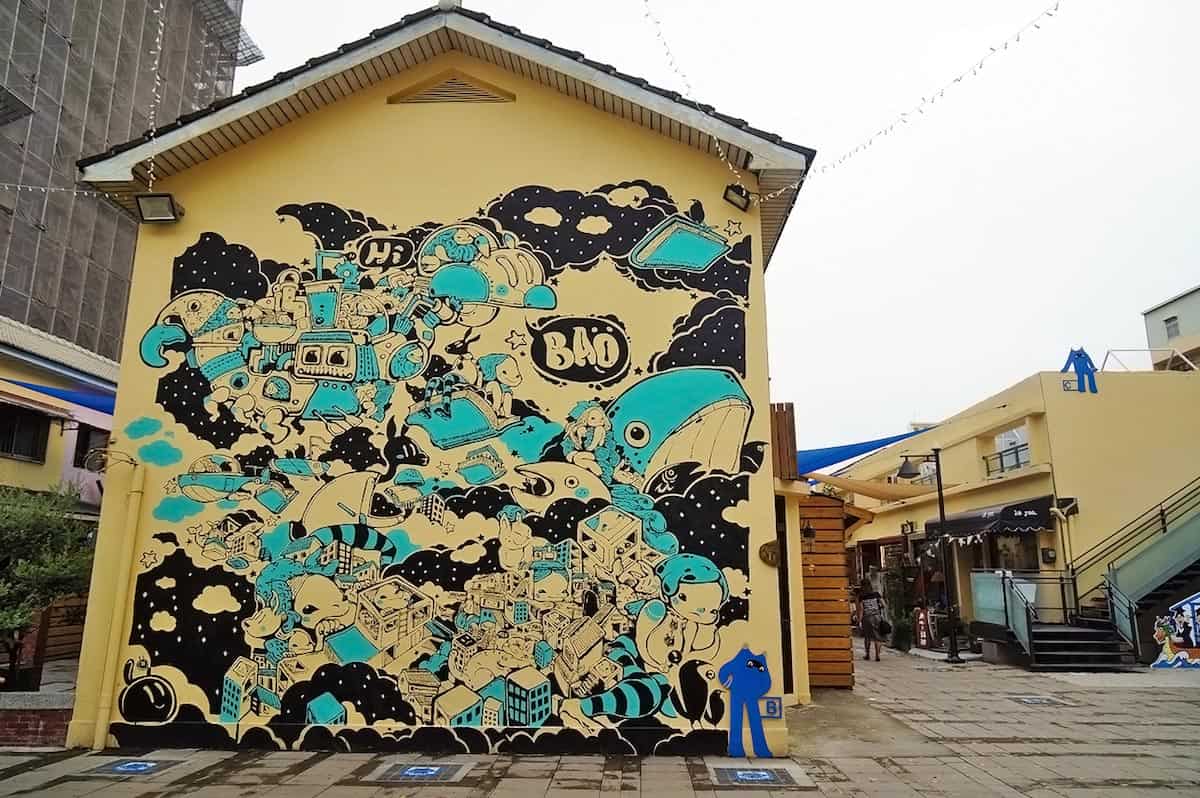 Another city in the southwestern part of Taiwan is Kaohsiung. It is the second largest city in Taiwan, gaining its status as an international metropolis of the south.

Although exuding youthful vibe, this Greek-inspired theme park is definitely for all ages. The theme park is one of E-DA World’s extensive vacation complex, consisting of shopping mall, university, and hotels, among others. It features not only outdoor rides but also indoor entertainment.

If you want to experience E-DA Theme Park for less, Klook is offering discounted tickets for foreign visitors. It is inclusive of:

Built in the 1960s, this 30-hectare is the site of the biggest Buddhist monastery in Taiwan. Literally means “Buddha’s Light Mountain”, Fo Guang Shan complex is surrounded by lush forest, eliciting a calming ambiance while you marvel at the massive pagodas and the golden Buddha statue.

If you have extra budget and time and you want to experience more, Klook is offering this tour plus a visit to Cheng Ching Lake inclusive of hotel pick up and drop off and insurance.

If you fancy exploring Kaohsiung during nighttime, taking the Love River cruise is the best way to do it. Let the colorful lights illuminating the bridges reward you with fantastic view of the river and the skyscrapers. Klook is offering Kaohsiung Night Tour including hotel pick up and drop off, insurance, ticket admission, and more! Other places to visit are:

Other Kaohsiung Attractions in Kaohsiung 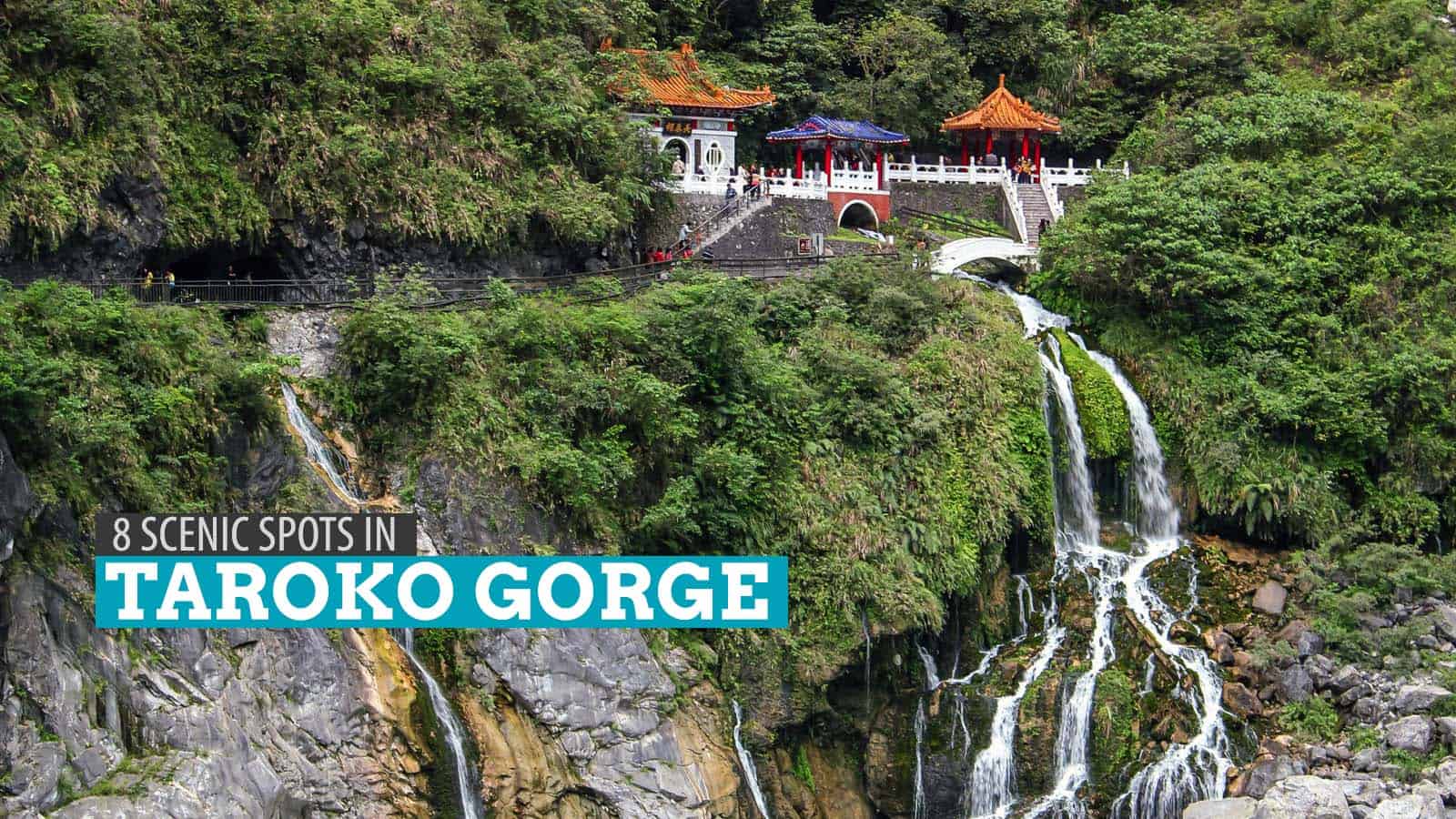 Unlike the crowded Western side of Taiwan, Eastern Taiwan is characterized by dense forest and unspoiled coastlines. The destination that best represents this lush region is none other than Taiwan’s biggest county — Hualien. With the Pacific Ocean greeting from the east side and the Central Ridge from the west, it is no wonder that Hualien has a great deal of national scenic areas that adventure-seekers will find satisfying.

We have separate posts for the attractions in Taroko Gorge and Hualien City. See links below:

Where to Stay: Taiwan Hotels

For a 7 day trip, which of these places on your list would be your top picks?

Great! Thanks for your sharing. i’m going to Taiwan in this summer…kakaka keep posting.