If travel were a religion with its own commandments, “Pack light” would definitely be one of them. It is universally accepted advice, benefiting any type of traveler and earning the seal of approval of most travel experts around the world.

Yet it is probably the most difficult to put into practice. When I’m at the airport, I always spot travelers nervously opening their bags to make unwelcome adjustments. And it’s not just the beginners! Even seasoned travelers find themselves unable to tame their overpacking urges. I know this because I was like this too (haha)! And if overpacking were a vice, you would probably see me in a support group meeting or something.

Hi! I am Yosh and yes, I was an overpacker. Was, let’s get that straight. For the first several years of my travel history, I would always pack my entire world and carry it with me. Until something happened: complaining of an intense pain in my marshmallow abs after a month of backpacking, I got hospitalized. According to my doctor, I had a condition that was aggravated by lifting heavy things constantly. I was confined for a week. Ouch, my tummy shrieked. My wallet said the exact same thing.

It was only then that I took “traveling light” seriously. I mean, really seriously. And I was surprised by just how freeing it was to reduce the number of things that I needed to look after and carry. If I enjoyed travel then, it became much more enjoyable (and comfortable) now.

I still have a lot to learn, but I’d like to think that I’m wiser than the dude who used to carry the world. If I could go back in time and give some advice to the newbie-traveler-me to lighten up a little bit, these seven tips would be it.

To be fair, this is something that I learned early on. When I was starting out, I used the same school bag that I used back in college. Because it wasn’t designed to accommodate heavy things, it gave my shoulders hell the whole time. But I just brushed it off and pretended it was okay.

The only reason I replaced it was because it broke mid-trip, fell to the ground, and damaged my laptop with it. What horror! But as my new life peg Catriona Gray famously said, always look for a silver lining. Well, I got a new bag and no more shoulder pain.

2. Backpack vs Suitcase: Which is Better?

I hate answering questions with “It depends,” but it depends. 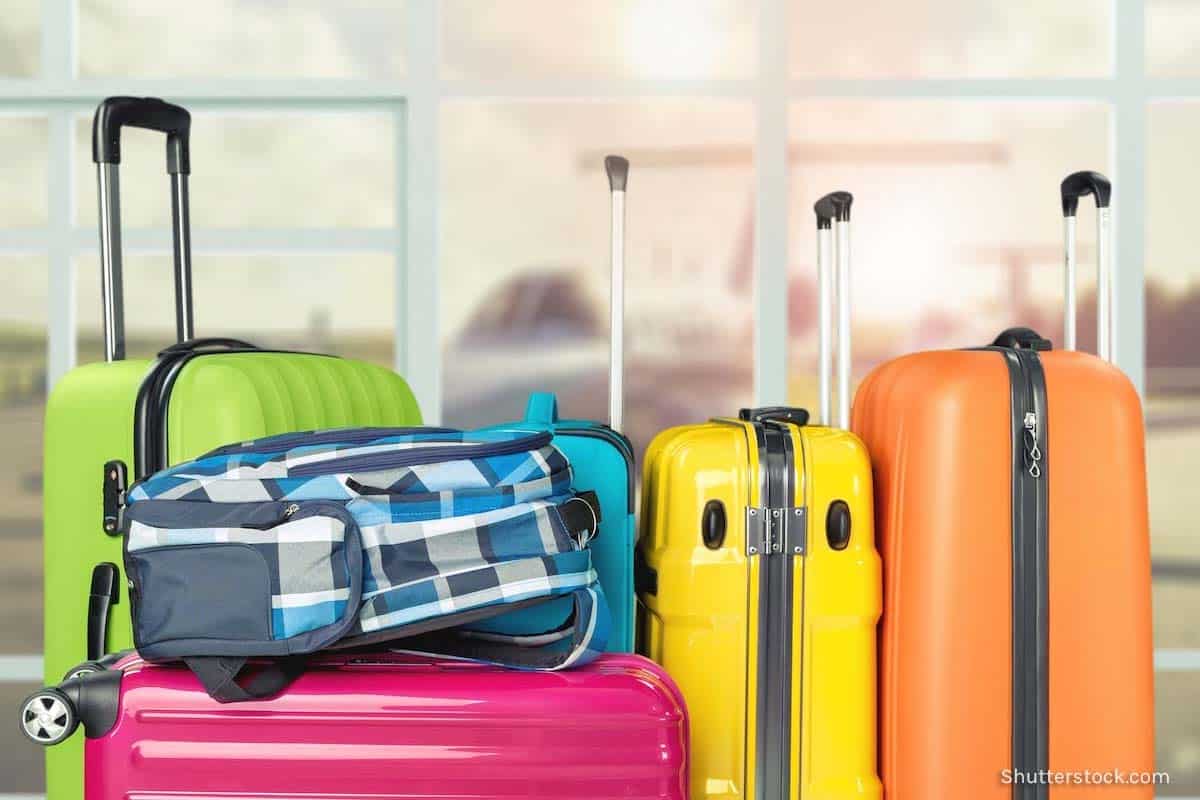 Depends on what? Depends on what you’re putting inside, what your health conditions are, and where you’re going. If you have breakable items, a hard suit case is the right choice. A backpack doesn’t offer much protection to things as fragile as your feelings.

Health conditions are also a consideration. Back when I felt invincible, the backpack was also my bag of choice even for check-in. It was just way easier for me to carry. But since I have a no-lifting directive from the doctor, I now walk with a wheeled suitcase in tow.

It also depends on the destination. Some places just demand a backpack. Venice, for example, is a terrible place for a wheeled suitcase. Because it’s riddled with uneven ground and hundreds of bridges, you’ll find yourself lifting your suitcase way too many times. It’s also as noisy as your last Tinder encounter. Nakakahiya sa mga kapitbahay. In this case, a backpack is the better choice.

I often use a wheeled suitcase for check-in and a small, light backpack for carry-on (hand-carry).

3. Too many bags = Too many worries

Avoid traveling with too many pieces of luggage!

First of all, know that most airlines have a limit not just to the weight but also to the number of pieces you can check in. For example, Cebu Pacific’s standard baggage offer now allows up to 2 pieces only. Here’s the latest baggage allowance policy: 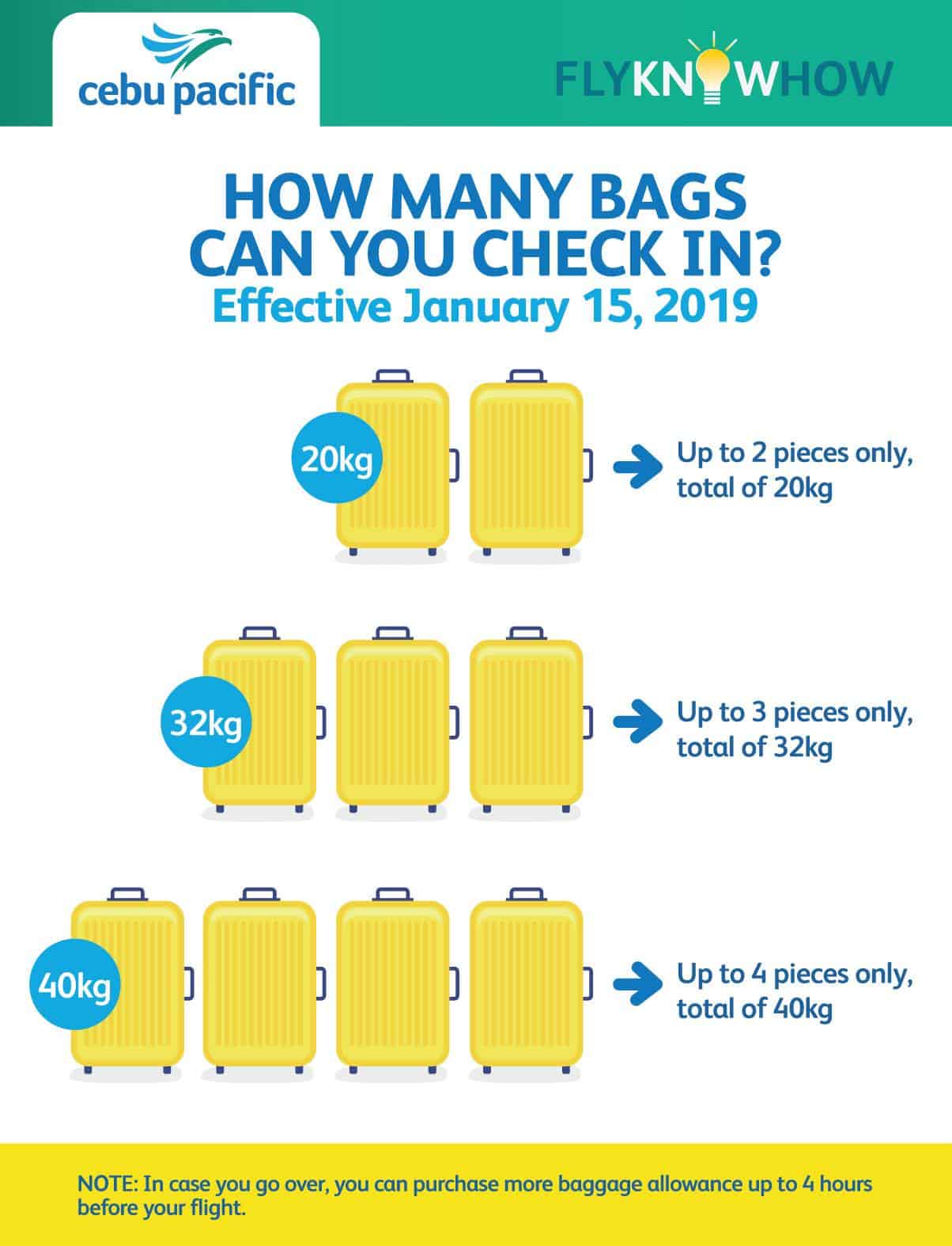 Aside from that, it’s also easier to travel with fewer pieces. Previously, I used two backpacks and a messenger bag on trips that are longer than a week. But here’s the problem: I wasn’t used to longer trips back then. Most of the time, I traveled with just one backpack. Early in one of my longer trips, I completely forgot that I was carrying two backpacks. I left it at a restaurant where I had lunch. Thankfully, it was still there when I returned.

This is why I now travel with only one light backpack (carry on) and one suitcase (check in). Anything more than that can spell disaster for me. Not only is having too many bags a challenge physically, it’s also mentally distressing for me. Having fewer bags means fewer pieces to keep an eye on, fewer pieces to wait for at the carousel, and fewer pieces to carry!

If you don’t want any surprises at the airport, purchase a weighing scale and measure right after packing. This way, you’ll know immediately if you’re over and avoid paying more or leaving items behind at the airport.

The rise of low-cost carriers has allowed us to pay for only the things we need, and that also applies to baggage allowance. If you only need 20 kilos, pay for only 20 kilos and no more than that.

Again, for Cebu Pacific Air, here are your options:

Know how much you need upon booking, because that’s when it’s cheapest.

You can also choose to add it afterward using the “Manage Booking” option on the site; this option is available up to four hours before flight departure. From the four-hour mark till the gate closes, you can only purchase the 20 kilos (2 pieces) option at the counter.

On the day of travel, no bag should exceed 32 kilos per piece.

5. Do the laundry or have it done while traveling. 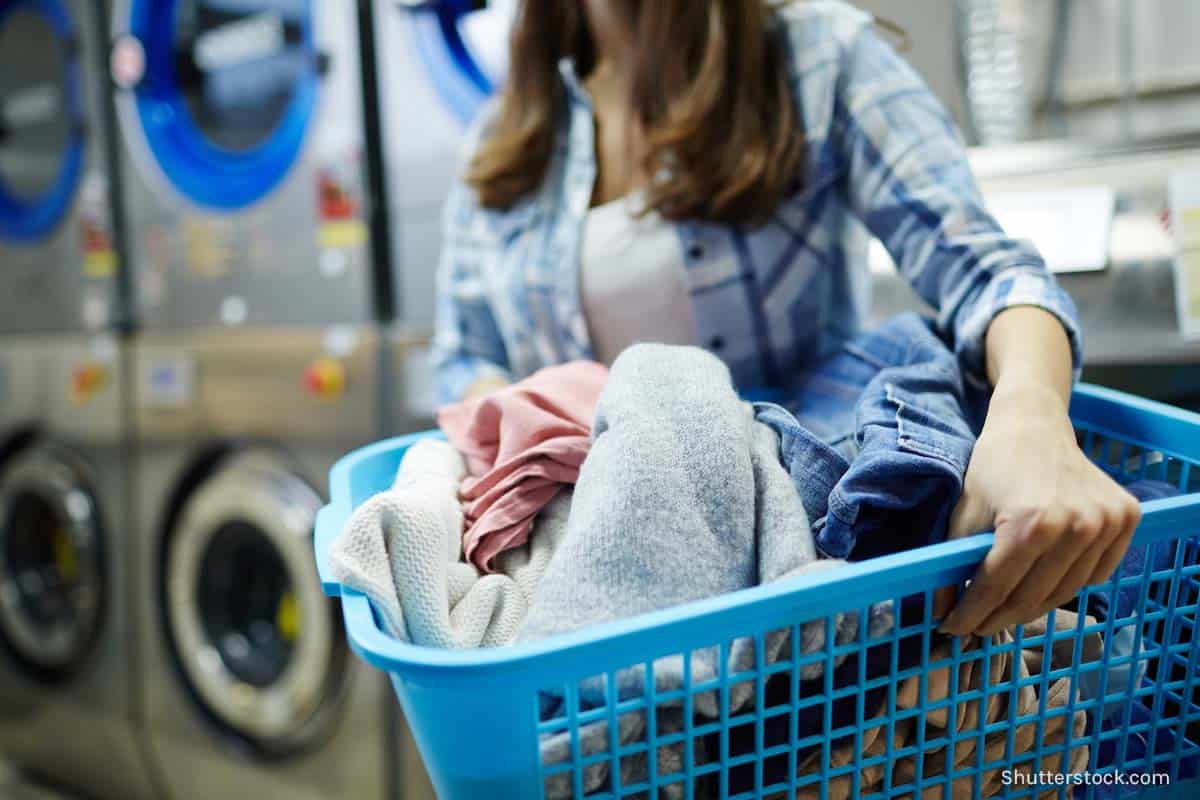 I used to bring at least 12 sets of clothes for a 12-day trip. LOL. Doing the laundry was just not part of my itinerary.

But when I started traveling for at least three weeks, I knew I needed something else. Surely, I couldn’t bring 21 sets of clothes! That’s when I discovered the joy of visiting laundromats. It was therapeutic in a way. Does it sound crazy? I finally had an excuse to just sit and wait, and read a book or listen to music in peace. I know I sound like a tito, but it’s true.

In destinations where laundromats aren’t a thing, I just find a laundry shop and have it done there. Yes, that’s extra cost, but at least I didn’t have to endure carrying heavy bags during the trip.

Either way, taking care of laundry during travel minimizes the amount of load you need to carry.

6. Pack your bags yourself.

Once upon a time, I foolishly agreed to carry a suitcase that my sister packed. I knew they would mostly be clothes and pasalubong, but I didn’t watch her do it. That was a mistake. 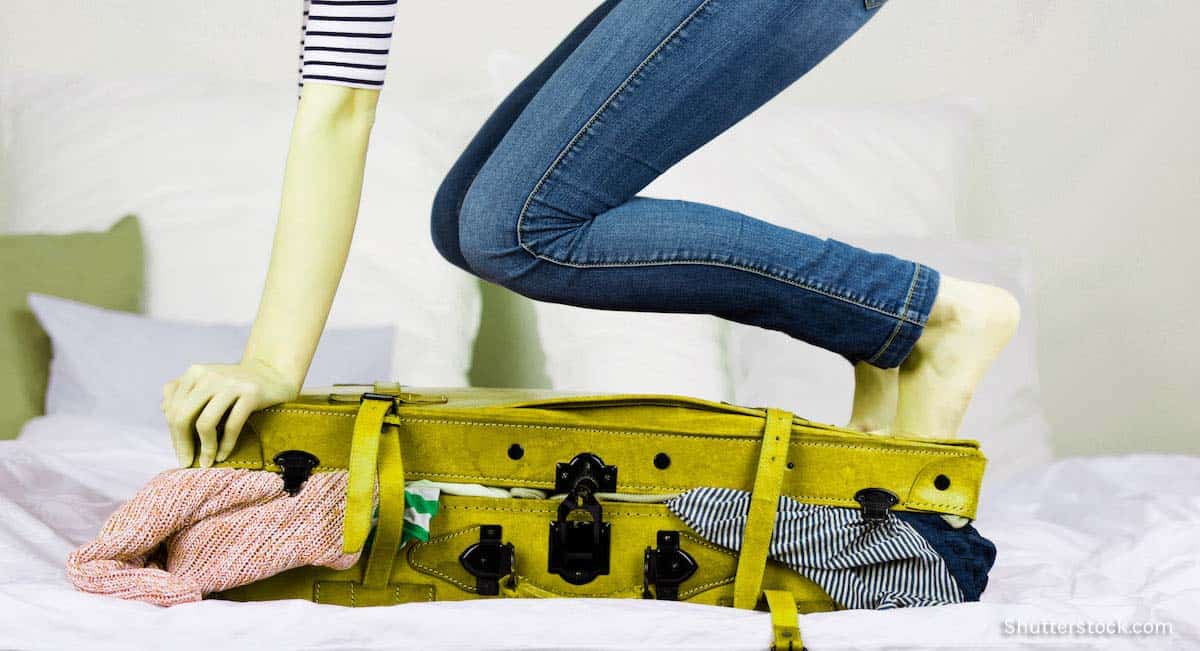 While I was at Narita Airport, waiting for boarding time, my name was called and I was asked to proceed somewhere near the area. Then an airport staff appeared with my sister’s suitcase. She said that the x-ray machines (or whatever) detected something that was not allowed and they needed it removed. The thing is, the suitcase was huge and almost bursting with clothes and chocolates. When I opened it, I had to dig deep and remove my sister’s clothes to find the item. I was so nervous the whole time because I didn’t know what was in there! The culprit turned out to be a power bank. Imagine if it were something worse. What’s more embarrassing was that I couldn’t close the suitcase anymore. Hahaha.

Another reason why you need to be on top of it is because some countries apply penalty fees to violations. For example, Japan prohibits meat or meat products to get into their country. If your bag has them even if you don’t know it, you’re still liable and will be required to pay the fine.

And please don’t carry anyone else’s bag, especially if they’re from strangers!

A power strip is a series of electrical sockets that allow multiple electrical devices to be powered from a single source. If you have a number of gadgets that you need to charge, this is a handy device. 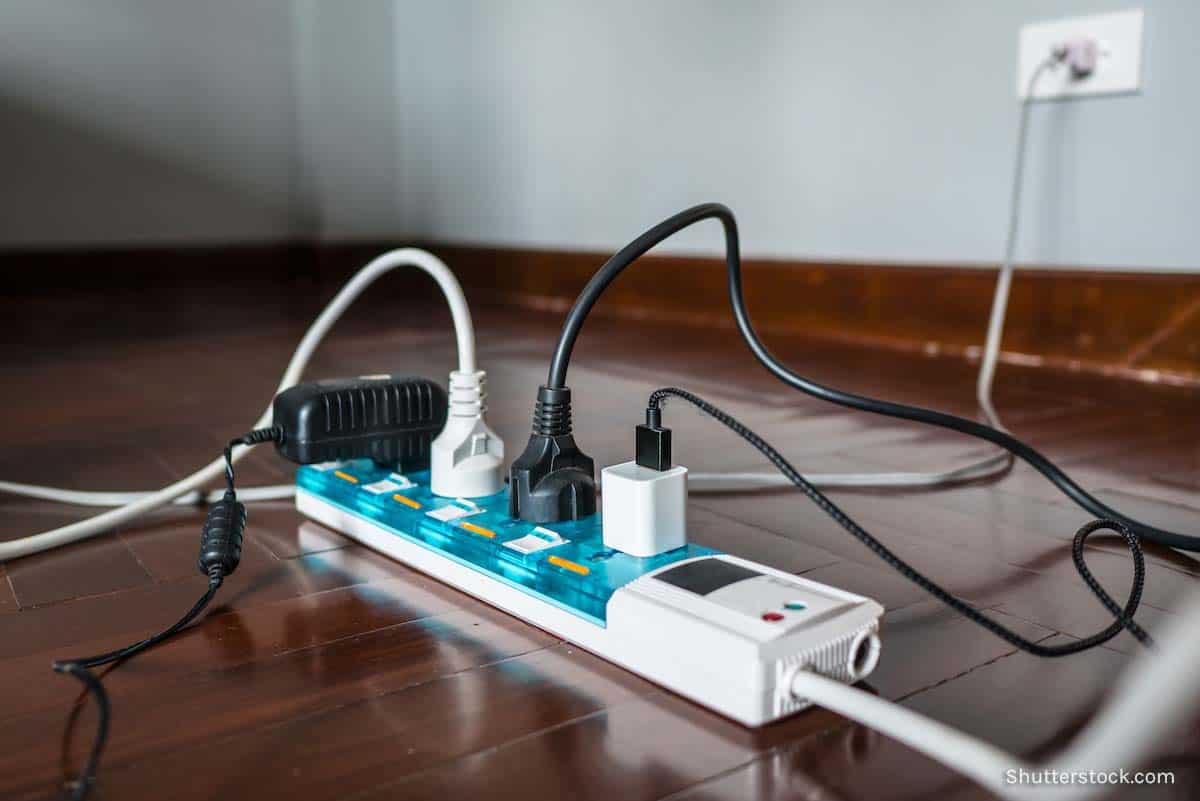 But what I like about having a power strip is not just being able to charge my gadgets, it also stops me from forgetting them or leaving them behind. Because all the cables are in one place, you can find them quickly and never forget about them. It’s not uncommon to unintentionally leave behind the pocket wifi charging by the TV or the camera battery charging on the floor. True story! Haha.

However, because you’re dealing with electricity, it is important that you don’t misuse it. First, don’t leave it plugged in. Only use it for light-load devices like mobile phone or camera. And don’t overload it. Just because it has seven sockets doesn’t mean you have to use all of them at once.

Also, do research on the voltage requirements and local laws of the destination where you’re heading before you go. For example, cruise ships don’t allow power strips onboard.