The Bangui Windmills — the Poor Traveler had been longing to see these enormous electric fans since the news broke that there were plans of harnessing wind energy in the Philippines. I had never seen windmills before (not counting those in kiddie cartoons I used to watch). That’s why standing before these giant fans was such a personal milestone. 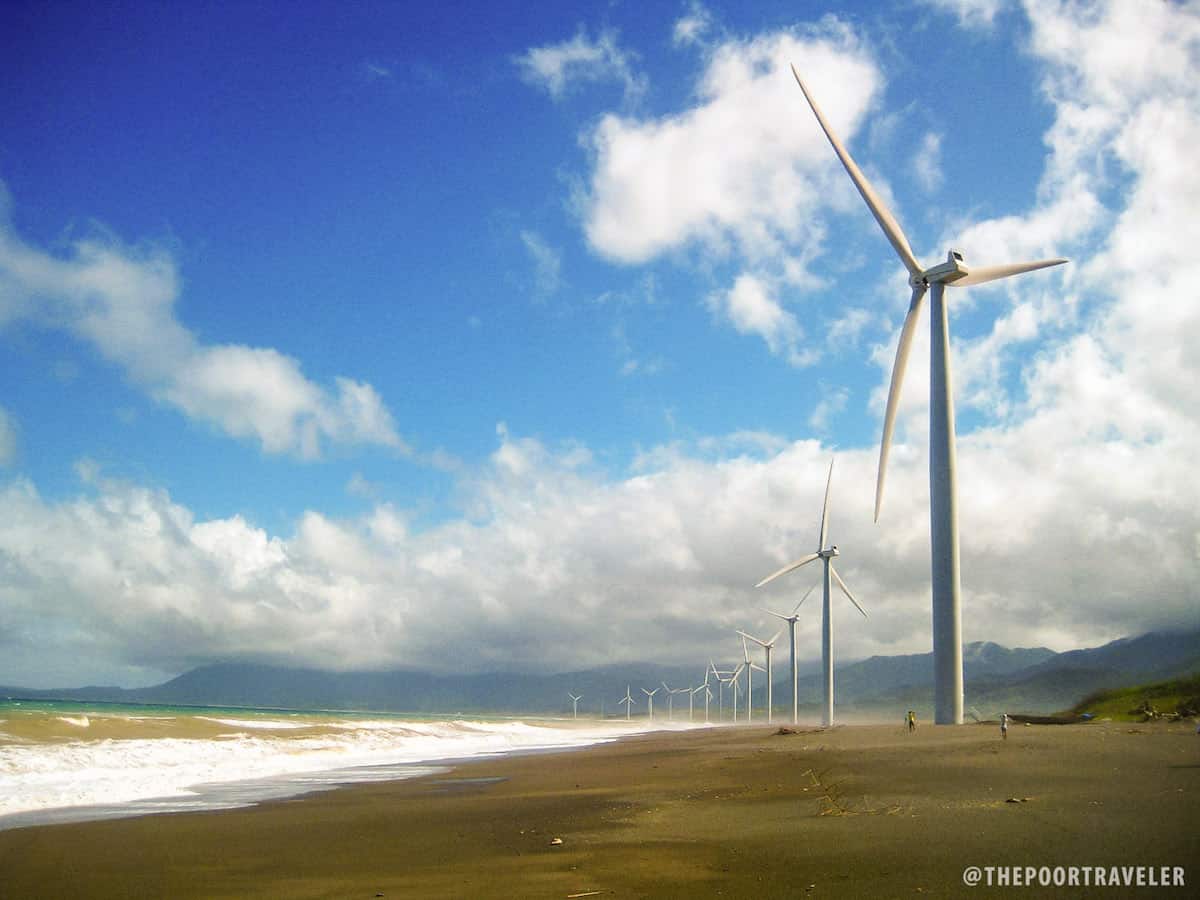 On the way to the site, everyone got so excited because we could already see the windmills. Everyone prepared their cameras and flip flops, the girls wore their hair up. When our van finally halted, everyone stormed out of the vehicle as if it were about to explode. It was that crazy. 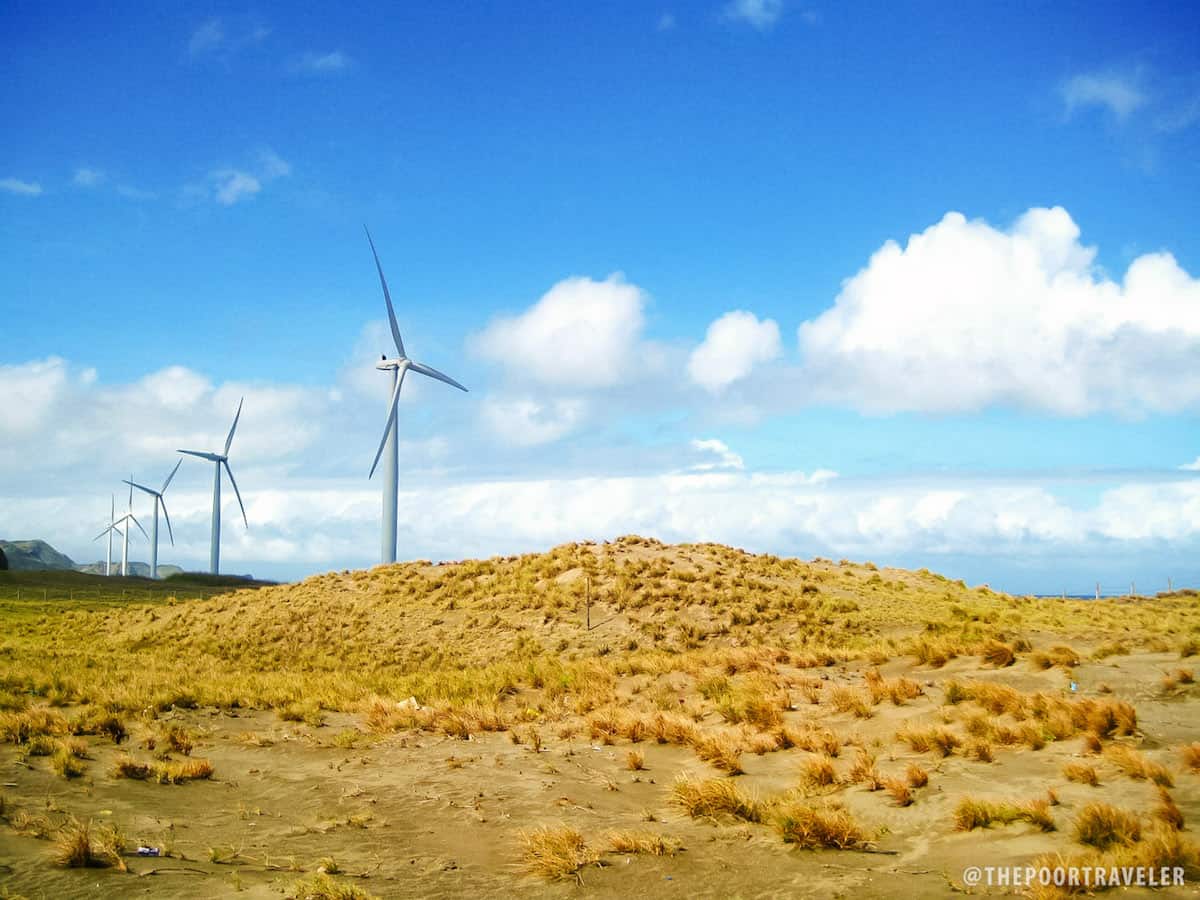 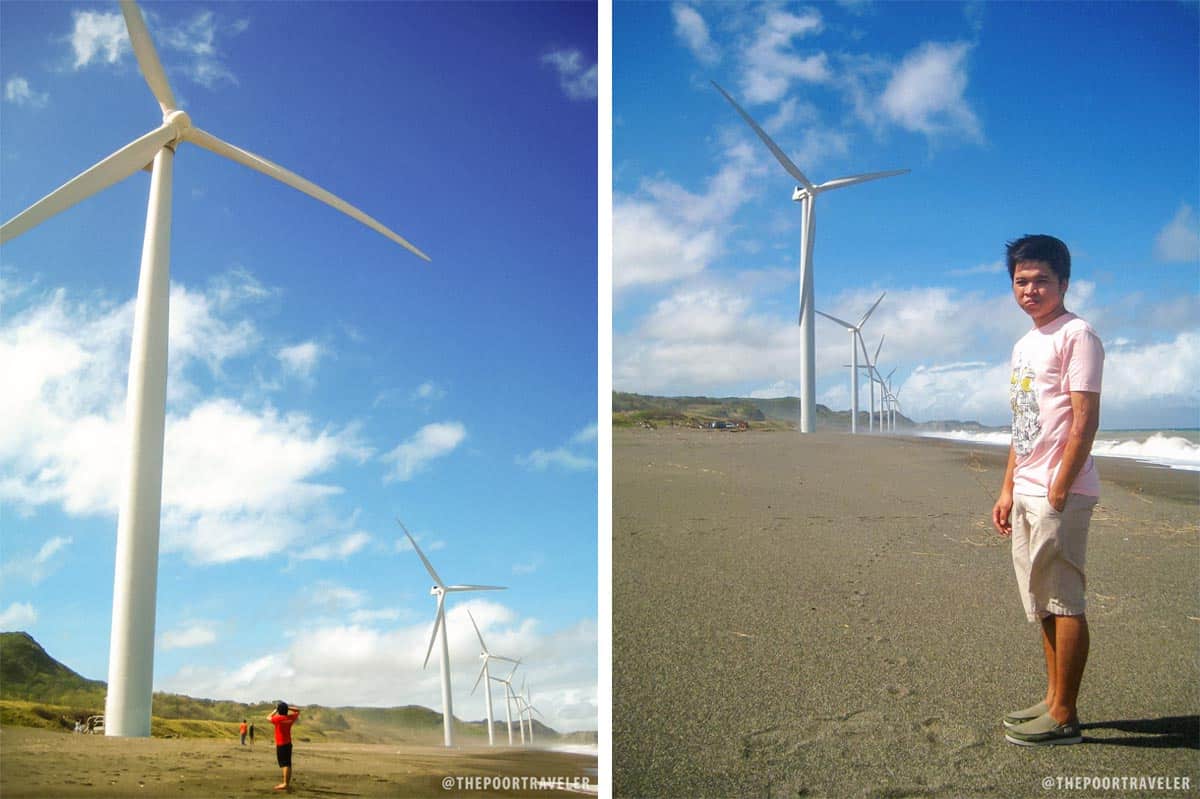 But the wind was crazier. It was so strong it kept on ruing the Poor Traveler’s poor hair. I wanted to have so many pictures of myself taken at the site but my hair was just a spoiler because of the wind. It actually ruined my mood, to be completely honest. LOL.

We didn’t expect these windmills to be that huge. Of course we knew they were big but NOT that big. It was a little difficult to find the right angle from which we could see most of the towers.

We were also expecting 15 of them but I think there were more. We counted it but now that we’re back in the city, nobody remembers how many are there exactly.

Oh by the way, on the way to the windmills, this signage caught our attention. Just sharing. Funny. 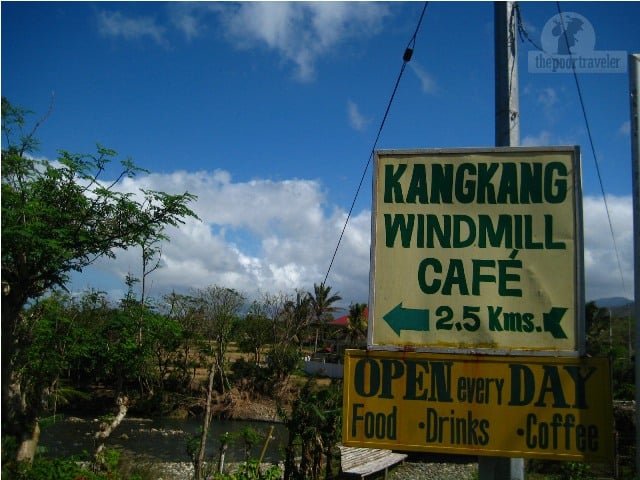 This is a part of the Ilocos tour we availed of for only P3,300 per person. For more posts about the other places we have visited, check out our ILOCOS ROAD TRIP collection.

One of Man’s magnificent creation. Awesome! Go Bangui Windmills, at least we are back in the map! Proud to be a Banguinean! From L.A. W/ love.

Awesome! This one is very promising. Can’t wait to see them soon! Specially that funny signage! Lol

we’ve been there
and it is really fantastic!!!

went there to visit my fam during holidays and we stayed on pagudpud beach..amazing and life changing time with the fam and for under 1k a nite..truly worth the journey from Bulacan!!

Considered myself lucky coz i got to see when they put up the first one! proud banguinian!!

Yes we’ve been der last jan. And were planing to go bak ds summer in pagudpud wid my hubby and kids. Really a nice place to go vigan, laoag…

how many windmills do they have?

I’m a tour guide here in Ilocos. Thanks for visiting our place and sharing it to everyone. Intayon Ilocos. Paoay Kumakaway!

Philippines shud use alternative energy to produce electricity, stop relying on Meralco, that kills all the people in the pocket…

12 Extraordinary Beach Destinations in the Philippines

[…] The giant electric fans, as I fondly call them. Bravely embracing the powerful wind sweeping towards Ilocandia, these 20 windmills towering at 70 meters are part of the NorthWind Bangui Bay Project. Tie your hair up because the crazy winds will make weird shapes with it. And yep, you guessed it: the waves may be too strong for swimming but the experience getting blown away (sometimes literally) is still not to be missed if you find yourself on this side of Ilocos. More photos of Bangui Windmills here >> […]