The Other Poor Travelers is a series where we feature other backpackers who inspire us not just with their ability to travel on a budget but also the tales and lessons they pick up along the way. In this edition, we give you S. Bedford, author of It’s Only the Himalayas and Other Tales of Miscalculation from an Overconfident Backpacker.

When my best friend and I set out on a round-the-world trip, I expected what I thought to be the quintessential backpacker experiences. Being awed into humility before the rose gold hue of the Taj Mahal at sunset, for example. Or discovering tranquility in the Popsicle blue waves in Loh Dalam Bay. Or even “finding myself” in that ambiguous sense while gaping at the tremendous mountain-scape surrounding Annapurna Basecamp.

In fact, we spent more time dodging guys with one hand on their camera phones and the other on their trouser crotches than admiring India’s most celebrated tomb, and Koh Phi Phi’s Popsicle blue waves were undulating reminders of the way-too-many cocktails I’d imbibed the night before. As for what happened in the Nepali Himalayas… well, I didn’t so much find myself as I did have my ass handed to me.

Here are three of the craziest, most unexpected moments that occurred during my year abroad. Lonely Planet didn’t warn me about any of this…

1. Getting Chased by Lions in Zimbabwe

The African jungle teems with an endless succession of fanged and clawed carnivores each more eager than the last to devour your face. There are baboons who’ll throw their poo before going for your eyes; elephants who’ll mash you into pulpy hash-browns; and hippos who’ll… drown you? Squish you? Admittedly, I’m not sure how something resembling a hybrid between a giant pig and an upturned bathtub can be one of the deadliest animals in Africa, but the mystery certainly adds to its formidableness.

There was one rule at the hostel outside Victoria Falls: do not leave the compound. I was completely prepared to adhere… until I discovered my bed was full of ants and was forced to bunk with our drunk-on-adrenaline-and-also-beer safari guide. After listening to incredible tales of adventure in the wilderness, I was finally seduced into sneaking out into the screeching, blood-lusting night to fodder my own story. Ten minutes later, I was surrounded by locked eyes and smacking chops, and found myself wondering: If I poo myself, should I throw it?

2. Starring in a Bollywood Commercial for Men’s Underwear

I’ve never had the longing to become a famous actor, but I have always wanted to hang with beautiful men, even if they have abdominal lines by Cover Girl and the charming finesse of a durian fruit. Therefore, when I glimpsed a commercial being filmed while sunbathing on Varkala Beach in southern Kerala, I couldn’t resist saying hello to the actors clad in the tightest of whities. But not before I squeezed into my tiniest shorts and most uplifting bikini—hey, I needed something to set myself apart from their female costar, who resembled a sexy deer.

Unfortunately, my plan worked a little too well. In addition to catching the eye of the paunch-bellied director who immediately cast me as “cheering white girl number two” (second to my best friend, whose cleavage is way better), I became the object of desire for the one actor who wasn’t also a model. Rather, he was the 40-year-old crispy-haired villain with the determination of Wayne Campbell from Wayne’s World. Anybody know the Hindi translation for, “She will be mine, oh yes, she will be mine”?

3. Battling My 2 Worst Enemies on a Mountaintop like a Japanese Cartoon Character

There’s a Gary Larson comic depicting history’s paramount underestimations. It shows the cowboys at Little Big Horn saying, “Indians shmindians” and woolly mammoths saying, “Neanderthals shmeanderthals,” amongst others. Could I add a personal addendum, it’d feature yours truly with the constitution of a shelled mollusk dressed in lumpy jeans and old mittens scoffing at our trekking leader: “Himalayas shimalayas.” (Actually, the line was, “It’s only the Himalayas,” but I digress.)

My two greatest nemeses are cold weather and physical exercise—which you’d think would have dissuaded me from attempting one of the most notorious mountain treks on earth. But I’m also easily lured by notions of achievement (basking in it after the fact, that is, not actually doing it), which is why I undertook the daunting task despite zero training or proper gear. It must be a hereditary trait as my sexagenarian father who breaks a sweat crossing a parking lot accompanied me. Two brain-wrenching, gut-terrorizing, muscle-mincing, heart-rattling weeks later, I understood why the words “only” and “Himalayas” should never share a sentence.

Of course, during my travels I likewise had many beautiful experiences that rendered me overwhelmed with gratitude for life—but who wants to read about that? Besides, it’s the awkward, embarrassing, crazy moments and how you handle them that shape you. Spoiler alert: I never did find myself. And thank goodness for that, because then I wouldn’t have a reason to do it all again someday. 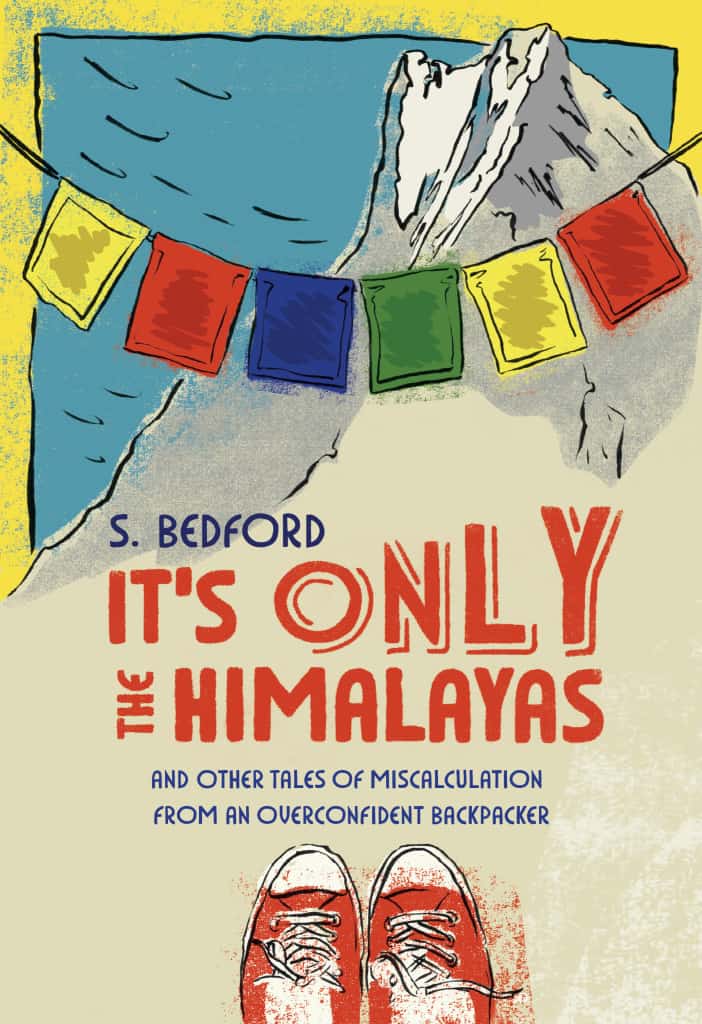 S. Bedford is the author of the travelogue/memoir It’s Only the Himalayas and Other Tales of Miscalculation from an Overconfident Backpacker available worldwide via Amazon. Visit for website or follow her on Instagram: @sbedford_86. 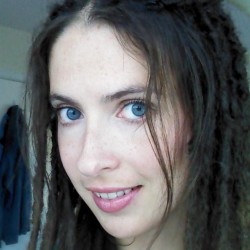 Hi, My Name is Dambar from Kathmandu Nepal, I was tour and trekking guide from 1992 to 2010, FRom 2010 to till have own trekking company based in Kathmandu Nepal.
you had been post very beautiful pictures of Ghorepani ( with flowers) and Annapurna Base Camp. (with dad)
I am very glad you had been enjoyed while you were traveling in Nepal. I see you won’t do it again… Because was it hard? yes, beautiful but dangerous …….
Thank you
Dambar

You can visit Nepal as well. It’s a good place and you can view the majestic mountains as well as the lush green hills.