Earlier this year, on our second backpacking trip around Japan’s Kansai Region, I noticed something peculiar. We were already Day 4 into our journey, but I was yet to take my DSLR camera out of my bag.

As a travel blogger, I had always relied on my bulky camera and even bulkier lenses wherever I go. Over the years, however, the number of times I use it has been diminishing significantly. Lately, I find myself just whipping out my smartphone whenever I need to capture a place or a moment in a photo. Sure, camera phones don’t have the same quality of a DSLR, but their photography game has been growing strong over the past several years, reaching a level of sophistication that is seriously giving DSLRs a run for their money.

We don’t consider ourselves photographers. We’re travelers who simply like to take pictures along the way, so alongside camera features, we also consider the handiness, convenience and versatility of the gadgets we own.

Huawei’s sub brand Honor sent us a unit of Honor 8X and we had been using it over the past week. So far, here are some of its key features that frequent travelers and casual photo enthusiasts might be interested in. Note that these are just our initial thoughts. We’ll update this post when we discover more as we use it.

Take advantage of its AI camera.

Of course, the first thing we did was tinker with the camera. Honor 8X has dual-lens20M + 2M, F/1.8 aperture rear camera, but the feature that gets the most attention is the AI (artificial intelligence) technology. It can detect over 500 various scenarios and adjust the camera settings accordingly so you don’t have to take too much time doing it yourself.

We’ve been playing with this feature for days, and yes, it works most of the time especially in situations wherein you want the colors to pop. You must keep a close eye on the saturation though because it can be extra at times. The good news is, if the resulting photo isn’t your cup of tea, you can easily revert to the original image, which it keeps. You just need to turn it off. It will work even after you take the image.

Here are some unedited photos with AI on and off.

One thing I find myself using more often is Wide Aperture. Camera phones by default try to keep all the elements within the frame in focus, which isn’t a good idea if you want to drive the viewer’s attention to only a particular spot. But what the Honor 8X has is an adjustable aperture effect, which you can apply even after taking the shot. This allows you to change which parts and how much of the picture is in and out of focus. Here are some unedited pics taken using the Wide Aperture effect.

It also works for portraits. And Honor 8x takes it to another level by using the same AI technology. It has 3D portrait lighting, which enables beautification and bokeh effects for a more creative shot. It makes lighting effects that match your surroundings.

With other smartphones, some shooting modes can only be utilized with a third party app, but with Honor 8X, these are all built-in. The Night Mode, in particular, is fascinating. The AI technology also reduces blurring when taking pics in low-light conditions. Even when my hands were shaky, it’s still able to produce a sharp image through a multi-frame stabilization technology. But of course, just because it has that power doesn’t mean you should move while taking a photo. You still have to try to do your part and be steady for best results.

Other shooting modes include HDR, panorama, and portrait.

There is also a PRO mode. There are times when none of the pre-set modes can’t capture the right setting or effect. This feature will allow you to adjust the settings manually including the shutter speed, ISO, aperture, and white balance.

This is also ideal for those who are confident with their photog skills and are not dependent on the pre-set modes.

It’s only been a few days and we’re still trying to explore the other features of this phone. We’ll update this post as we discover more things that we think can be beneficial to travelers like us, so check back every now and then!

Be the first to know about Huawei’s sub-brand Honor’s newest Smartphone Honor 8X which comes out on October 10, 2018. Prices and availability will be announced soon. 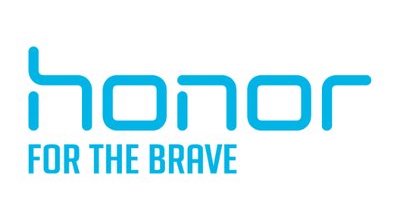 This post is brought to you by Honor. Opinions are my own.

Even I use my phone most of the time for photography on my travels. This is really a great camera! Seriously, editing is such an important aspect of photography these days.