The most painful part of traveling to another country for me happens even before the trip begins. It’s that moment when you have to pay the PhP 1620 travel tax. I don’t mind paying taxes. It’s our obligation as responsible citizens. But it is painful. And it especially feels terrible when:

On my last international trip, while waiting for boarding, I let it sink in. We don’t even have to use P13,000 as an example. A passenger traveling in economy pays P1620 each time. Think about what you could do with that money. To some, it might look like a small amount at first, but multiply that by the number of travelers and then by the number of times they travel — that’s A LOT OF MONEY.

Well, very far, apparently. While it cannot buy you, your friends, or this airport, that amount can pay for a number of simple things that can improve the airport experience a little bit. Here are some of them. 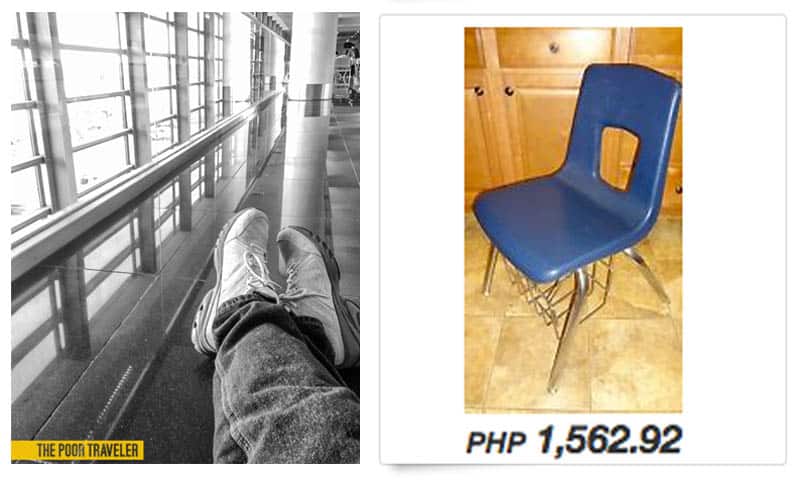 Well, this isn’t much, I know. But during peak hours, some passengers don’t have anything to sit on. It’s still better than the floor, you know.

Now that’s a bit more comfortable, yes? Not as fancy as those they have at Changi but, again, better than the floor. Just don’t poke it with anything pointed, haha.

Granted, the P1620 amount can shoulder only a home/family plan, but all you need is a few more tax payers and you can have much of the airport covered.

Over 80 bus rides from NAIA to EDSA

With P1620, you can afford to ride a bus from EDSA to NAIA and back 40 times! Or, you can pay for a one-way NAIA-EDSA ride for 80 passengers.

Let’s assume that the cab fare from NAIA to MRT Taft or LRT EDSA is P100. That’s 16 solo taxi rides! And they have the nerve to charge more for airport taxi services? 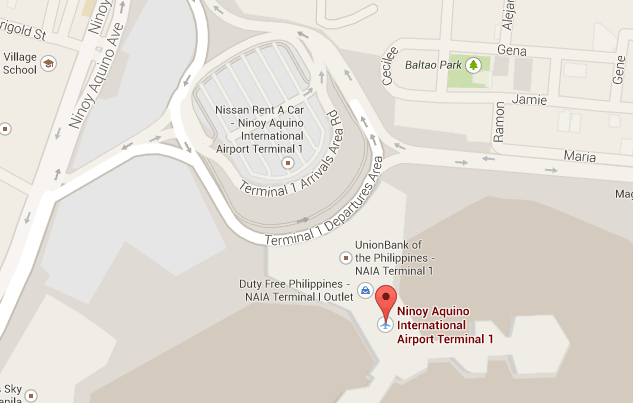 For the convenience of arriving tourists.

Salary of an extra employee 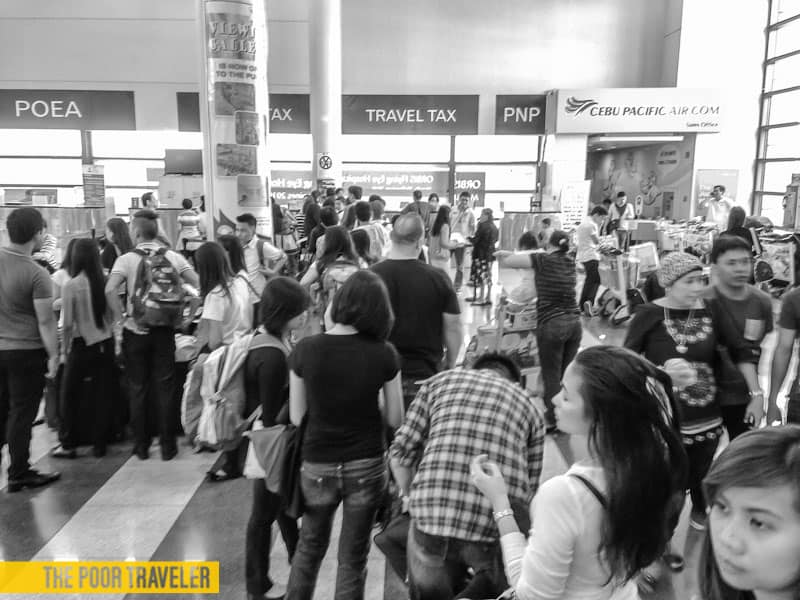 And many other things! I could go on — 1.25 gallons of paint, a bean bag, dozens of ballpoint pens.

That’s just from one person traveling once in economy. Business class passengers pay more (P2700)! Again, multiply that by the number of travelers they serve in a day and then number of days in a month. Imagine the things we could have at the airport. The convenience we could enjoy. Just imagine.

We deserve more. A traveler can dream. Dreaming is tax-free, right?

well said. but sadly that P1620 is meant for one purpose alone. why we even pay a travel tax and an airport fee in the first place would baffle all the great thinkers of the world. im curious to know of any other country that implements this. #itsmorefuninthephilippines

It’s a huge ripoff, the fee to renew your Visa in Philippines is also. Normally count on about 5000p to renew for 2 months. I’m really regretting investing my life savings in Philippines.

we are paying tax to make the rich politician richer.. 😒😒

I totally agree with your sentiment. When I first traveled outside the country, we are the only terminal who asks for tax! When I arrived in Gatwick, they don’t have taxes to pay for clean facilities, etc. Heck, Jamaican Airport in Kingston does not require you to pay for travel tax when they have the same facilities as we have here in the PH.

We should be a Hall of Famer already! hahaha

travel tax AND airport tax? as far as I know both countries imposes travel taxes but its a minimal fee of about P500, if i recalled it correctly.

It goes into their pockets, of course!

I do not understand where all the money (from the travel tax and the terminal fees) is going. They can’t even provide a free shuttle service from one airport terminal to another (in the case of Manila). It also got to me that the terminal fees in teeny tiny Puerto Princesa airport has increased (domestic from 40 to 100, and international is 700!) and there were no improvements that I could see. Plus no wifi in any of our airports! In some airports, we can’t event recharge our phones. Okay, I am now complaining. Sorry about that. It’s just frustrating that we pay so much and see little to no improvement at all.

I get you totally. They even charge more for airport taxi, goodness.

Same agony here… can we have travel tax refund? I travelled overseas 2 times in 2011, 4 times in 2012 and 4 times last year and so as with my son. And these doesnt include all other domestic flights. If i compute all our taxes and terminal fees…. i feel like i wasted too much money coz i cant see any change or improvement in our airport. And yeah its pain the ass paying taxes coz they do it manually. Hope they can at least make it more faster by improving the payment system.

Exactly how I feel whenever going abroad. Naaawa ako sa airport natin. We have so much to offer. Bwisit na mga corrupt politicians yan.

I’m form the US my wife Batangas, we have to travel internationally for work. the p1620 is just terrible….. it’s cash, it’s unexplained, it’s forced, it’s mandatory, it’s a walk down terminal 3 to pay and a walk all the way back to get your board pass. It’s SAD! 14 departures last year x p1620, Feeling violated.

Hi! My friend got through the immigration and security without having to pay travel tax because he doesn’t know. It’s his first time to travel abroad so I can’t blame him. Now we’re waiting for our flight and I’m wondering what will happen to him? I guess no one would know or ask. And he can travel tax-free!