The Civil Aviation Authority of the Philippines (CAAP) has released a list of airports in the country and their corresponding operational status. The infographic was posted on the agency’s official and verified Facebook page.

Of the 49 commercial airports on the list, 32 have been allowed by their respective local government units to open as of 17 July 2020, while 17 are currently not operational, with a few scheduled to resume soon.

Below is the infographic. We have also typed it down, in case the image is too small on your device. 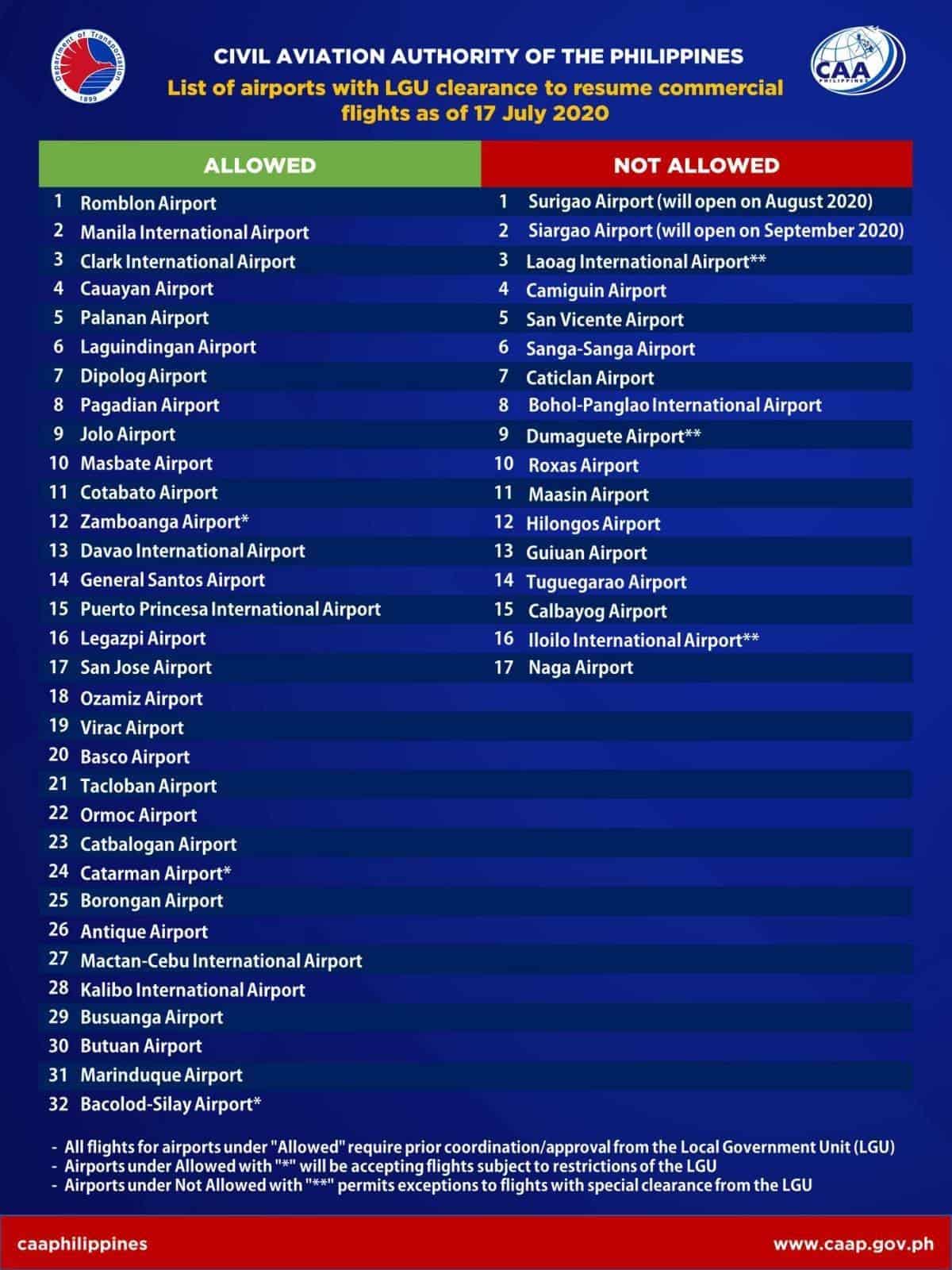 *Airports will be accepting flights subject to restrictions of the local government.

**Airports permit exceptions to flights with special clearance from the LGU.

Last month, local airlines — Philippine Airlines, Cebu Pacific Air, and Philippines AirAsia — have resumed operations of routes, but some flights were moved to a later date to align with the local government.

Please note that only essential travel is allowed.