The Visita Iglesia is a Catholic Lenten tradition that has its origins in Ancient Rome, where pilgrims prayed at seven basilicas on the evening of Maundy Thursday as penance. It was brought to the Philippines by Augustinian missioners in the 1560s, which eventually became a Filipino custom and is still widely observed throughout the country even up to this day.

Like most provinces in Luzon, Cagayan is predominantly Catholic. It’s not difficult at all to see just how much influence Spain left in the valley after their 300-year rule. Cagayan is home to numerous churches, some of which are notable for their architecture and history. I had the pleasure of seeing a few of them as part of Lakbay Norte6, a media tour planned by the North Philippines Visitors Bureau (NPVB), a non-stock, non-profit organization of various Convention & Visitors Bureaus (CVBs) all over North Philippines.

Cagayan isn’t the first province to come to mind when looking for Visita Iglesia ideas, but it has a lot to offer to the faithful. Here are some of them.

(It was raining so hard during our visit so taking photos was a real challenge.) 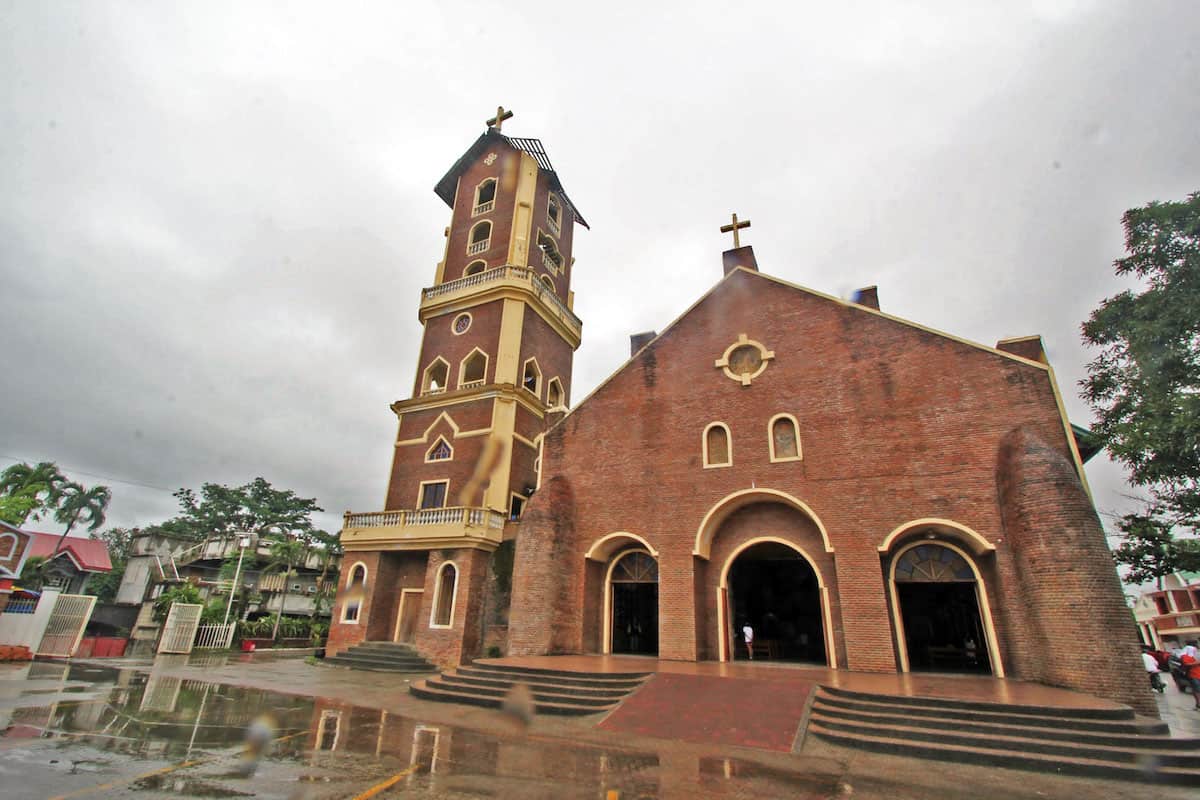 Pilgrimage Center of the North 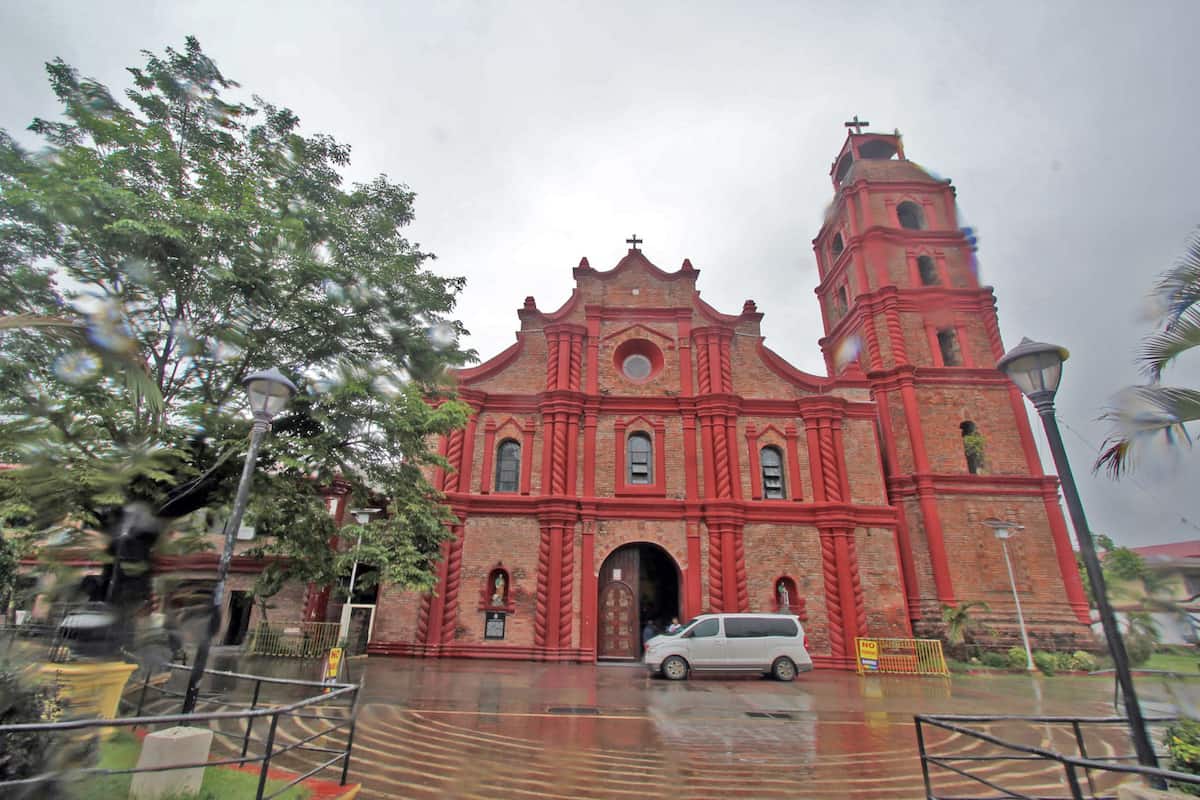 This 18th century Baroque church is one of the largest churches in Cagayan Valley. It is also known as Tuguegarao Cathedral.

Notable Feature: The Seat of the Archbishop/Roman Catholic Archdiocese of Tuguegarao 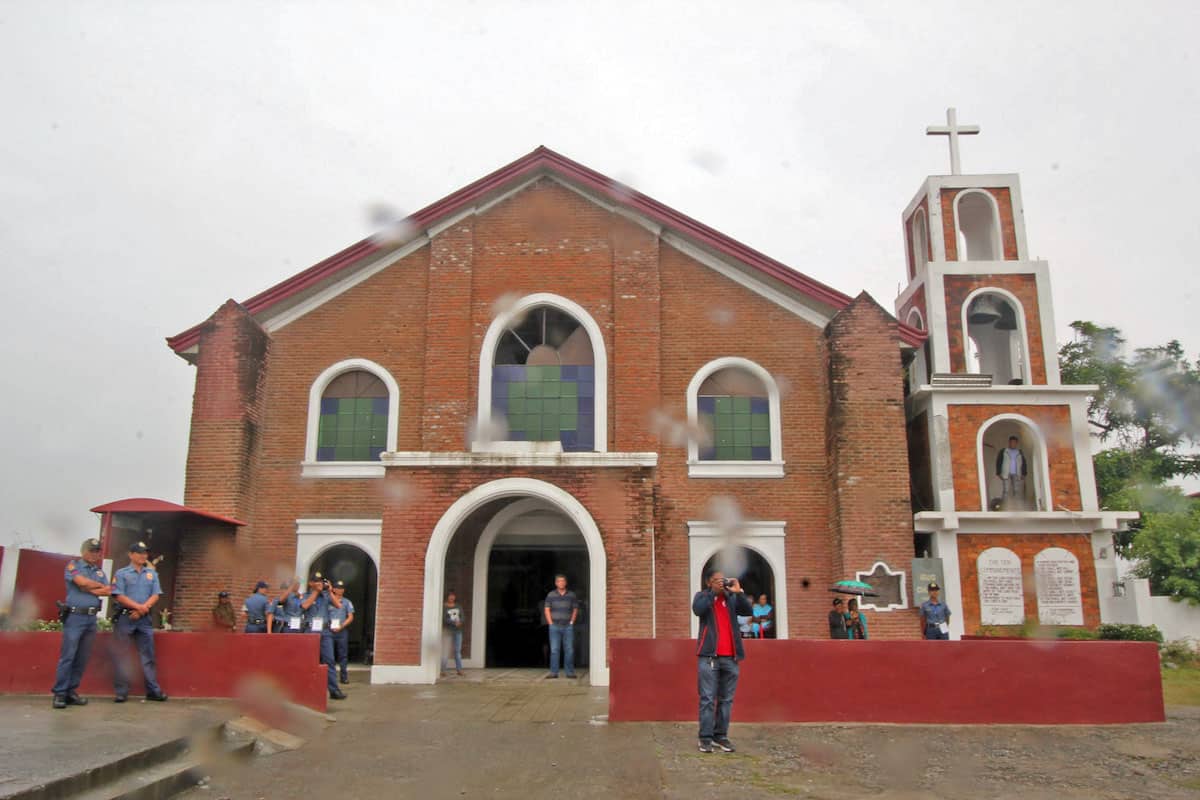 It is one of the few churches in the Philippines with buttresses and the first church in Cagayan Valley to use galvanized iron sheet as roofing.

Notable Feature: (1) Calvary Hills — the depiction of the 14 Stations of the Cross set on the 11-hectare rolling hills; (2) Ruins of a Dominican abbey; (3) Century-old well 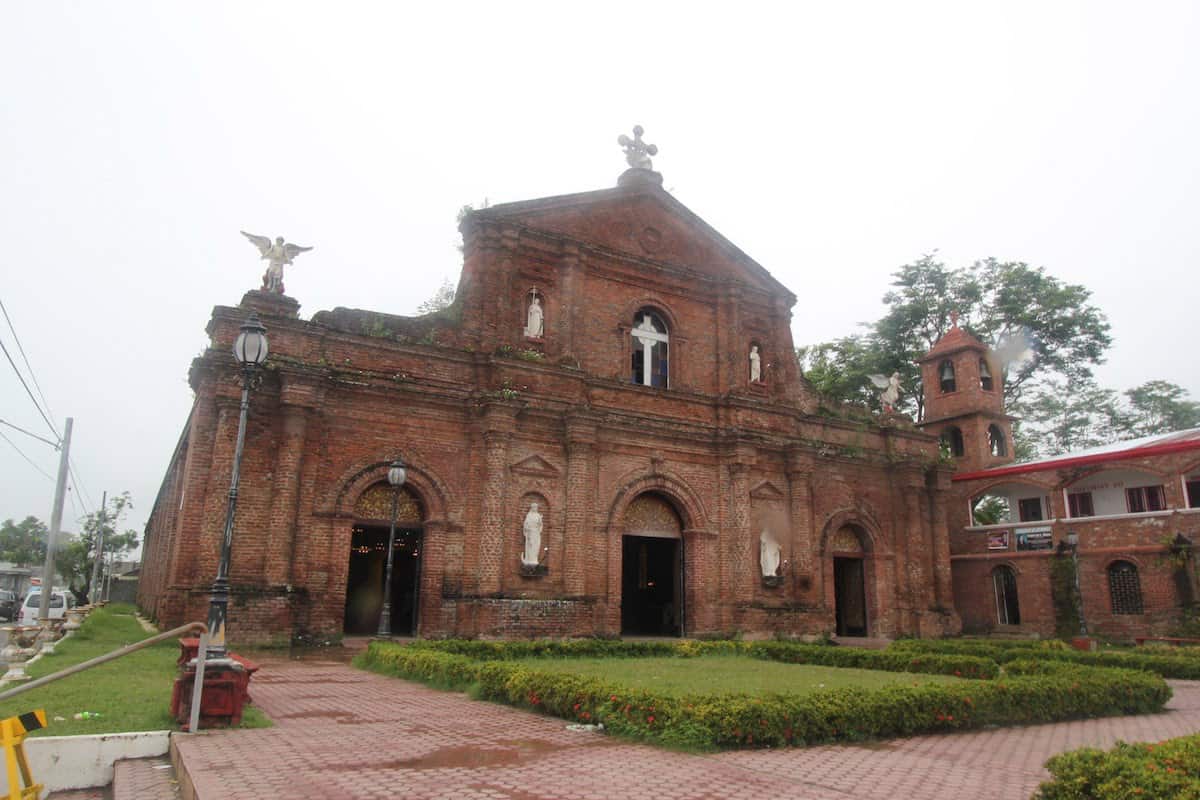 The largest brick church in the Archdiocese of Tuguegarao, dating back to the Spanish era. 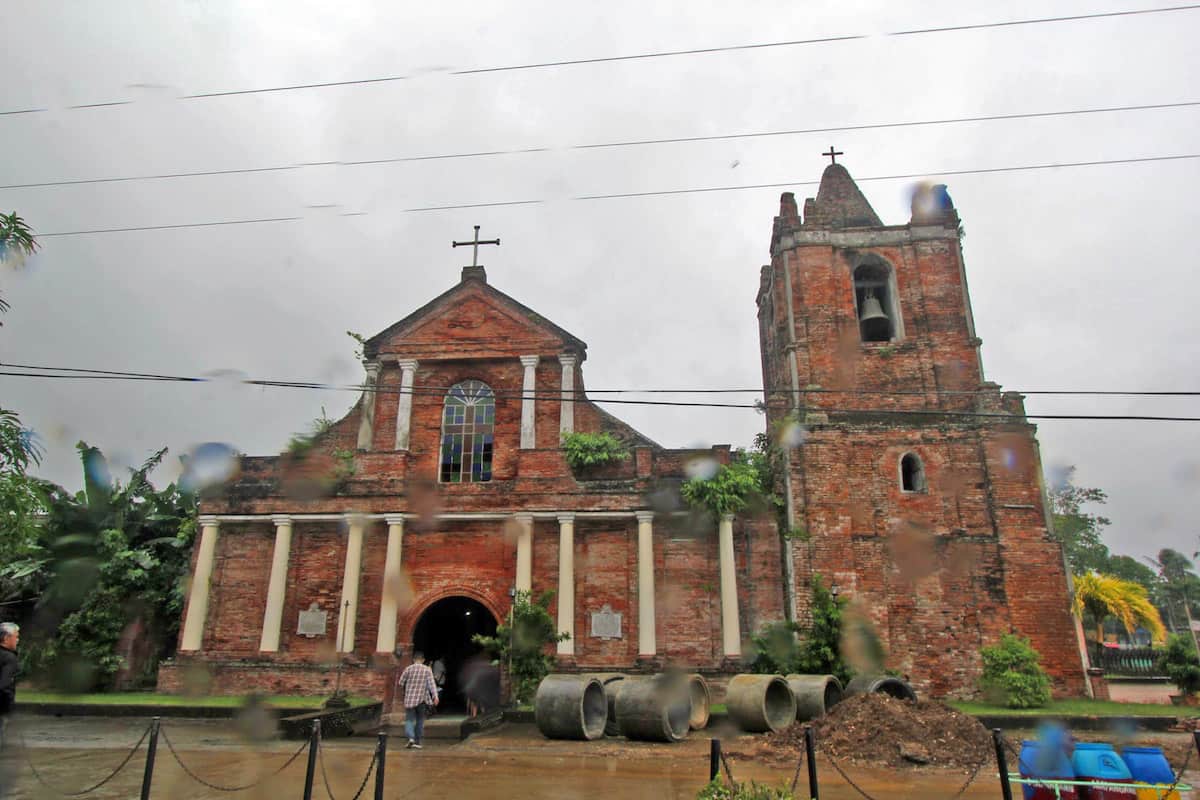 The last remaining out of the three old churches in Lal-lo, dating back to the early 1600s.
Notable Feature: Over 300-year old Evangelization Cross just across the church overlooking the Cagayan River. 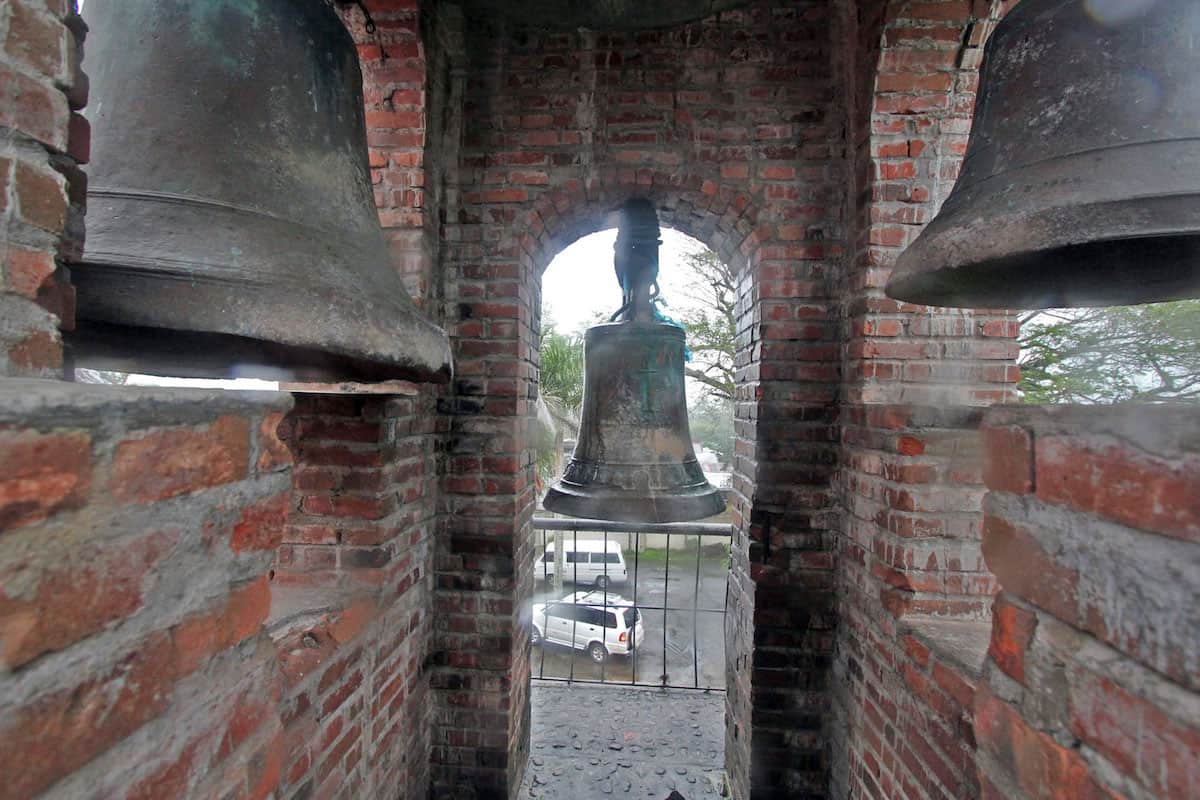 Notable Feature: Santa Maria Bell also known as Bell of Antiquity and Camalaniugan Bell – the oldest bell in the Philippines and in Southeast Asia

The heart of the Lyceum of Aparri.